Louis Moinet has launched two new timepieces with both featuring double tourbillon that rotate in opposite directions – a first in watchmaking. However, that’s hardly the most unique and talked about feature; the watchmaker took the use of extravagant materials to extremes in order to add exclusivity to its latest offerings. For its Dhofar 457 timepiece, named after the southernmost region of the Sultanate of Oman, Louis Moinet incorporated fragments of a lunar meteorite that crashed into the region on which the watch is named. Lunar meteorites, or lunaites, are extremely rare and there are only a hundred known moon rocks that ever landed on our planet. The other new watch by Louis Moinet named Acasta, on the other hand, contains pieces of the Acasta gneiss rock – one of the oldest known surviving pieces of the Earth’s crust. The metamorphic rock from the Slave craton in the wilds of Canada is estimated to be around four billion years old. 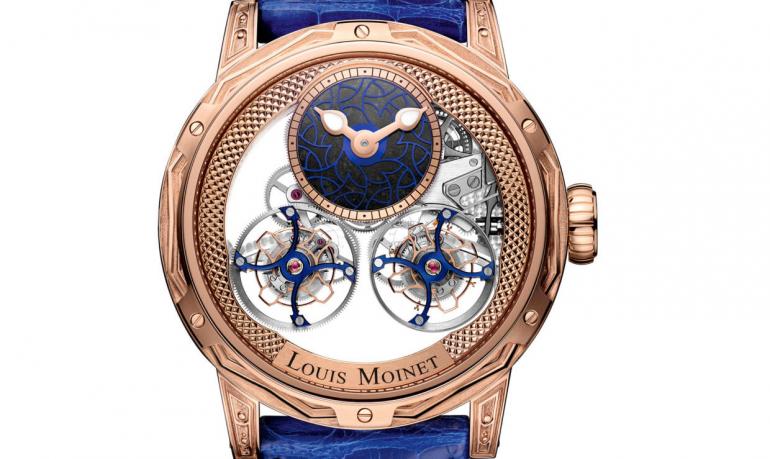 Both the new Louis Moinet watches are built around the manual, 47.4mm, 36-jewel LM52 caliber with a 52-hour power reserve. Suspended in mid-air, the two tourbillon cages weigh a mere 0.4 grams each. The diameter of each of the cages is 14.9 millimeters, making them the largest double tourbillons in the world. The Acasta timepiece comes in 18k rose gold while the Dhofar is in white gold, while both of them arrive on an alligator strap in blue or black with a folding clasp. Limited to only 3 examples for each watch, the new Louis Moinet offerings are both priced at CHF 320,000 (about US$337,000). 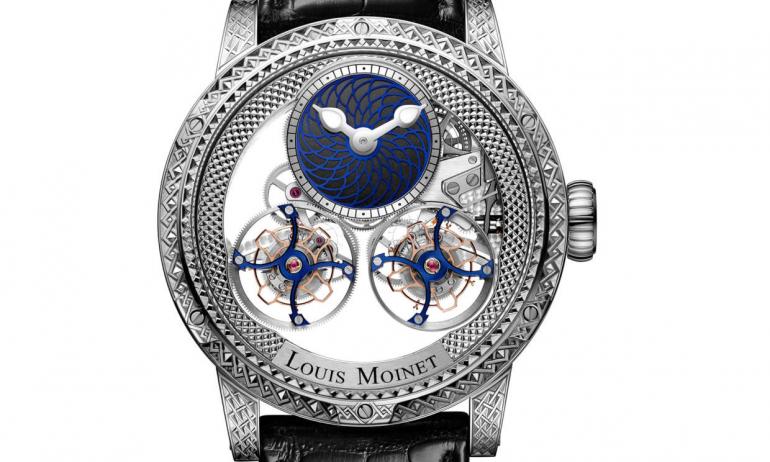