Last year, Girard-Perregaux presented the Quasar timepiece that was a new iteration of the the Neo-Tourbillon with Three Bridges Skeleton released a year before that. The watch features a bold, new take on the century-old Tourbillon with Three Bridges that harks back to the brand’s first bridges timepieces created in 1867, and adds to it the transparency offered by a case made from solid sapphire crystal. The movement created out of titanium appears to float on the wrist. For 2020, Girard-Perregaux has released a new version of the Quasar timepiece that uses the same magical formula, along with adding the color blue to the all-sapphire crystal case. Called the Quasar Azure, the watch is limited to only 8 examples. 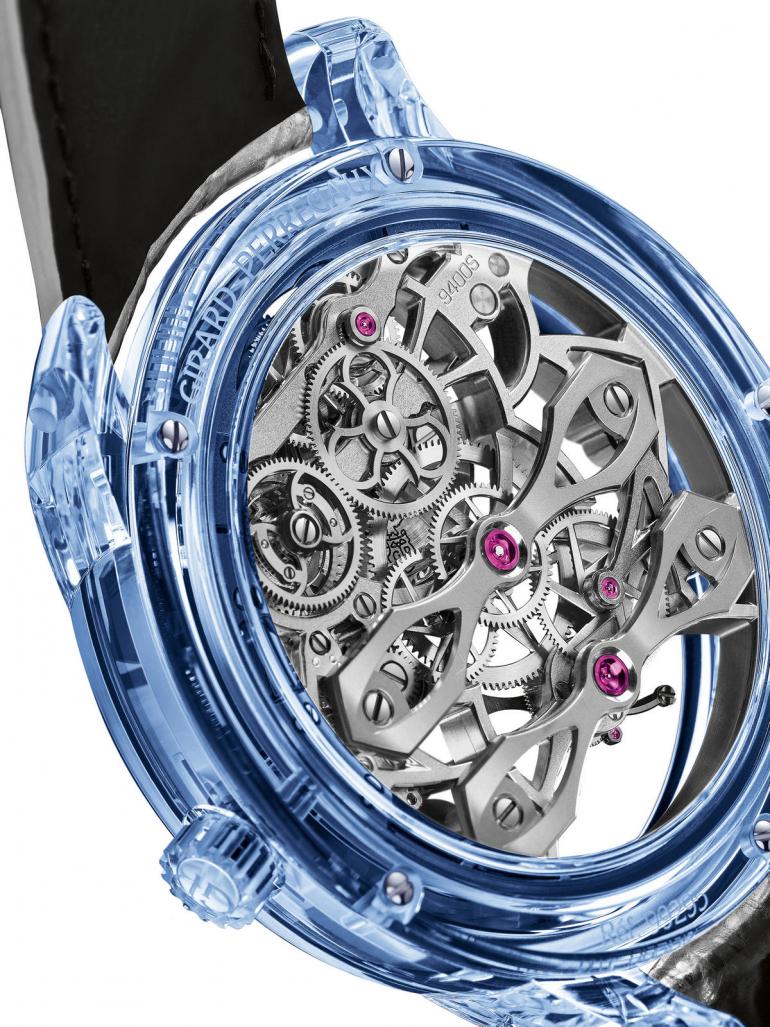 The Quasar Azure honors the brand’s legacy of using Tourbillon with Three Bridges by engineering transparency to the extreme. The blue sapphire case measuring 46mm is machined from a single block of sapphire that is meticulously polished to perfection. It gives an unhindered, 3-dimensional view of the mechanics of the watch. Encased inside is Girard-Perregaux’s in-house caliber GP09400-1035 which has a power reserve of 60 hours. The three bridges of the openworked automatic movement are fashioned out of grade 5 titanium and are set against the NAC treated mainplate. The tourbillon located at 6 o’clock stands out with its signature GP lyre-shape cage. The micro-rotor made of white gold is positioned underneath the barrel, which gives an uncluttered appearance to the highly skeletonized movement. The Girard-Perregaux Quasar Azure is mounted on an anthracite strap with a metallic-effect and matching hand stitching. The limited-edition timepiece is available only on special order and is priced at $274,000. The timepiece will be delivered in a spherical display case made of handblown glass. 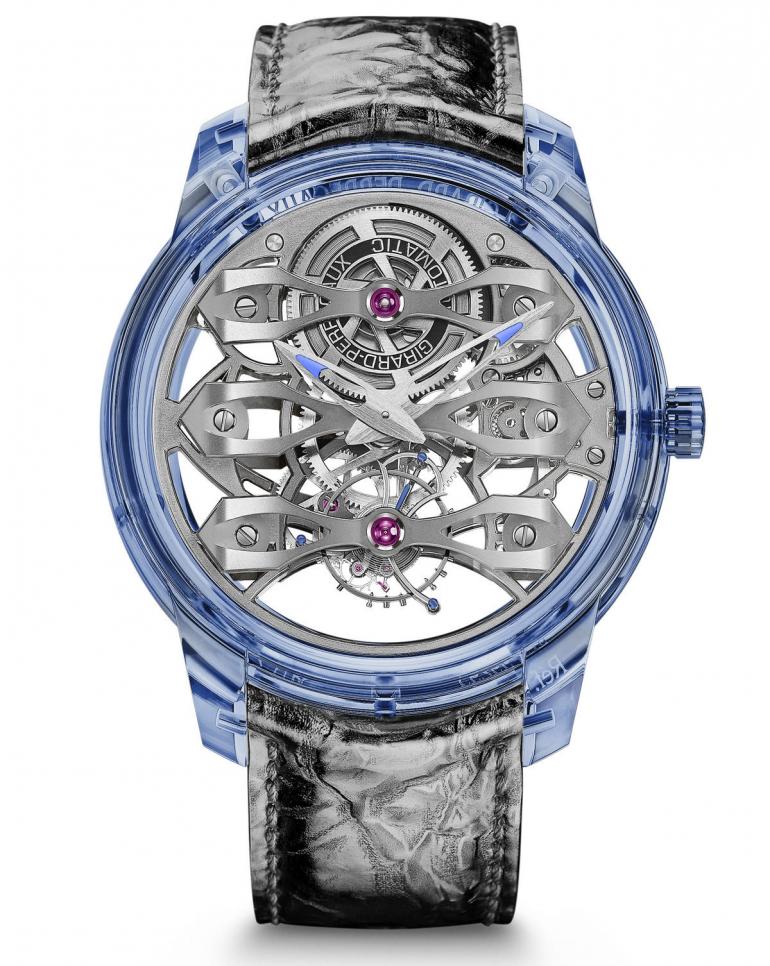