Luxury Swiss watchmaker Maurice Lacroix has time and again given us some of the most interesting timepieces like the Pontos S Diving Chronograph and the Le Chronographe, and in the run up to the 2014 Baselworld show has introduced another stunner. Named the Masterpiece Gravity, the watch has a thought-provoking design and is the first timepiece to feature a fully silicium (French for Silicon) assortment. Developed in-house by the luxury brand, the Masterpiece Gravity exudes luxury and is a fine example of the company’s forward thinking approach to watchmaking. It uses silicon for the double roller of the balance wheel, the pallet fork and the escape wheel as silicon is self-lubricating, hard and light, which makes it ideal for these components since they are in perpetual motion during wear and undergo significant wear and tear. 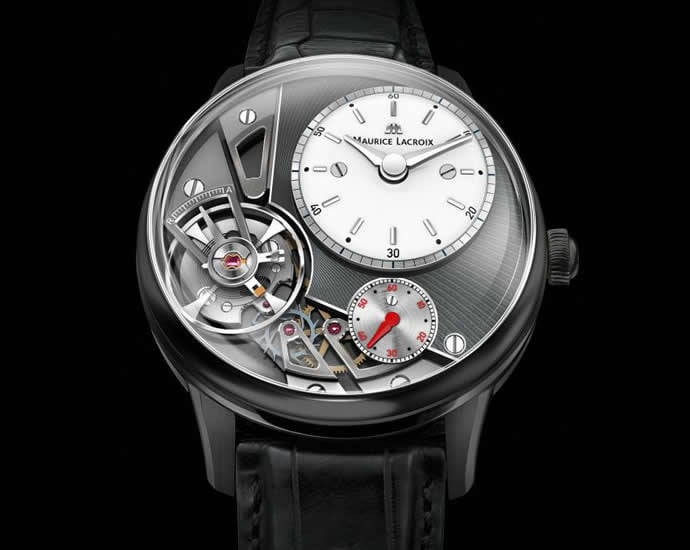 The case of the Masterpiece Gravity measures 43mm and comes in satin-brushed and polished or sandblasted and anthracite PVD-finished stainless steel. But the construction and the design of the watch might remind you of the Audemars Piguet Millenary Minute Repeater which we covered last month as they both strikingly share a very similar off-centered dial design. The dial is white lacquered with blue or rhodium hands which are adorned with Clou de Paris and Côtes de Genève Colimaçon patterns. The most visually appealing feature of the watch is the ‘glass-box’ sapphire crystal which is domed and magnifies the oscillator and assortments, making them appear to sit high within the case and according a sublime three dimensional characteristic. The Masterpiece Gravity will make its debut at the 2014 Baselworld where the pricing is most likely to be announced. 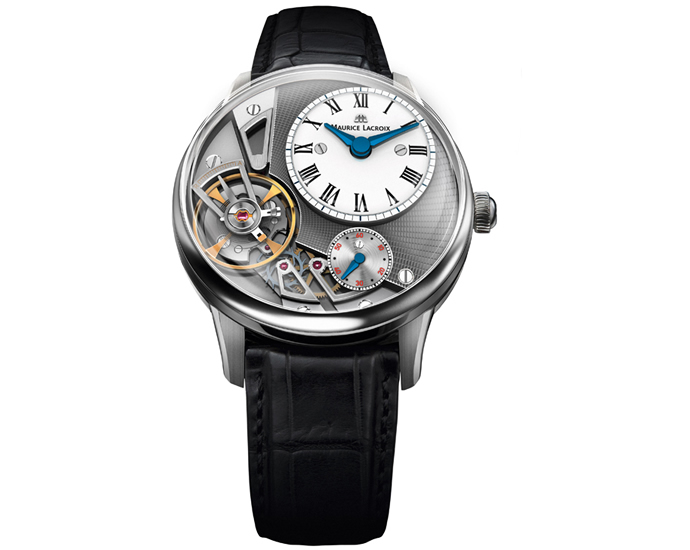 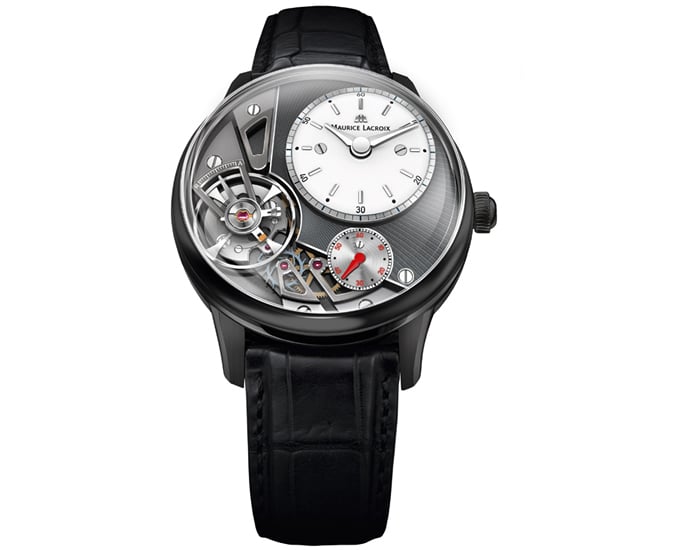 Tags from the story
Maurice-Lacroix