Swiss watch brand MB&F has released its latest Legacy Machine called the LM Thunderdome. The incredible timepiece was in the works for over four years and has been created in collaboration with two of the biggest superstars in the watchmaking world, Eric Coudray and Kari Voutilainen. Maximilian Büsser, the founder of MB&F, had an idea four years ago to bring the together two extremely talented horology experts and pool in their genius to create an exceptional timepiece. The LM Thunderdome, as the name suggests, has a heavily domed display case that footsteps of last year’s incredible FlyingT; however, the pièce de résistance of the timepiece is striking three-axis tourbillon that sits right at the center of the dial. 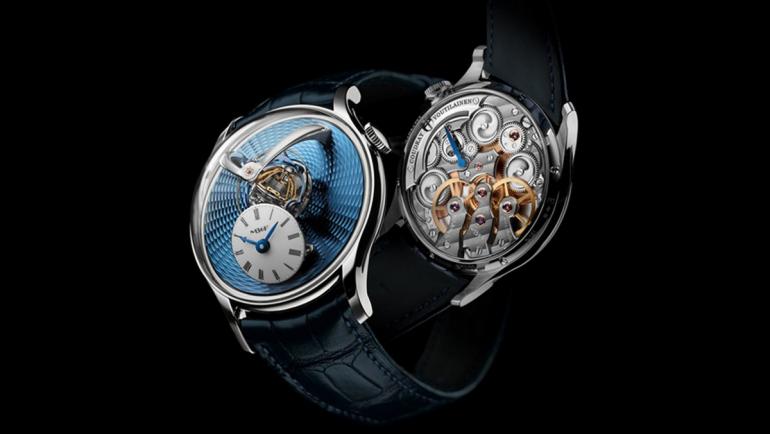 Eric Coudray, who is known for creating wild and complex mechanisms, was tasked with making the “craziest, most cinematic three-axis tourbillon ever.” The result is the new ‘TriAx’, which is a spherical tourbillon complication with three axes that revolves at different speeds, on different planes, in a record-breaking 8 seconds for the innermost structure, 12 seconds for the middle cage and 20 seconds for the outer cage. It the world’s fastest triple-axis regulating system. Kari Voutilainen, on the other hand, lent his expertise in coming up with the stunning aesthetics of the watch, which includes the movement. He also created the guilloché pattern on the plate and the off-centered watch dial. Production is limited to just 33 pieces in platinum with a light blue guilloché dial, which is priced at $280,000. In addition to that, 10 more tantalum-cased pieces are being made for retailer The Hour Glass, five with a dark blue guilloché dial and five with aventurine dials. 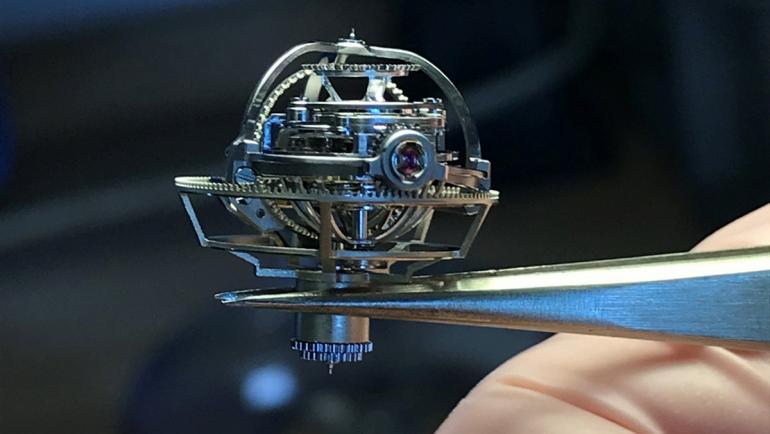