It was in 2004 when watchmaker A. Lange & Söhne introduced the world’s first mechanical split-seconds chronograph capable of taking a comparative time measurement of up to 30 minutes. The Double Split achieved it by using an additional rattrapante hand and it is traditionally considered one of the most challenging of all complications. For 2018, the Glashütte based manufacturer, known for making some of the most impressive chronograph movements in modern watchmaking, has created the Triple Split Chronograph – a rattrapante chronograph capable of measuring and comparing the time of two concurrent events, of up to twelve hours’ duration. Additionally, it is also equipped with a precisely jumping minute counter and a triple-flyback mechanism. 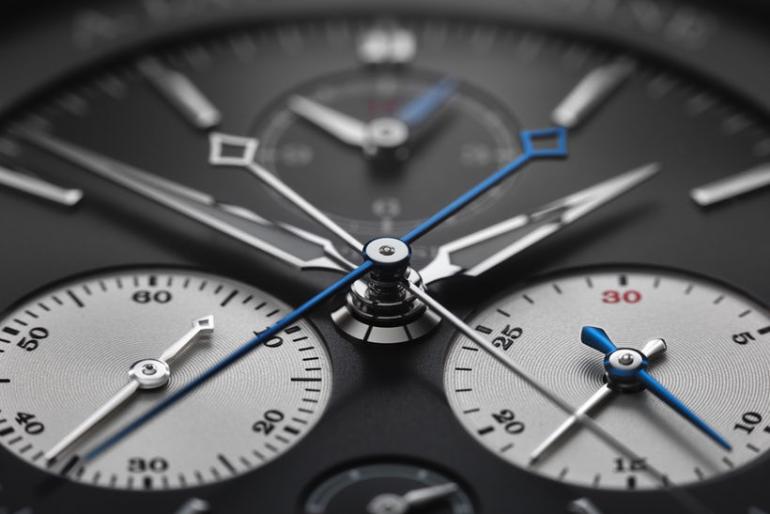 The Triple Split is one of the most impressive timepieces ever created. The capability of measuring comparative times from anywhere between one-sixth of a second and twelve hours will allow it’s wearers to time long events, such as triathlons, Formula 1 races, stages of the Tour de France. Split seconds on the chronograph are indicated by a pair of central hands, while the counter at four o’clock counts up to 30 minutes. Split hours on the Triple Split resides at 12 o’clock and the power reserve is now at six o’clock, which makes the dial well balanced. The watch also features a flyback function, meaning the chronograph can be instantaneously reset and restarted with just one button. The hour indicators, running seconds hand, central hour and minute hands and chronograph minute-counter hand are in rhodium-plated gold, while the chronograph central second hand, hour-counter hand, and power reserve hands are made up of rhodium-plated steel. All three of the rattrapante hands are in blue, making them stand out from the otherwise monochromatic theme of the watch. 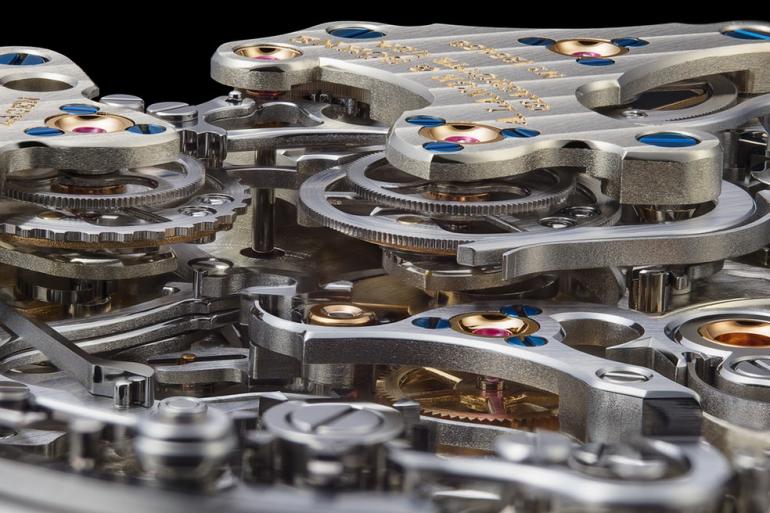 The watch comes in an 18K white gold case measuring 43.2mm by 15.6mm. That’s just 0.3mm thicker than the Double Split watch, which is simply incredible. The Triple Split Chronograph arrives on a hand-stitched black alligator leather strap fitted with a deployant buckle in white gold. A. Lange & Söhne has limited the timepiece to only 100 examples and the asking price been set at $147,000.

Tags from the story
A-Lange-and-Sohne, SIHH-2018