Omega is one of the main partners of the Solar Impulse project. The solar-powered flight, the Solar Impulse HB-SIA, was seven years in the making and finally took off yesterday morning. To commemorate this project Omega has created a special Omega Speedmaster GMT that will be worn by the pilots on this flight. The plane took off from the Payerne airbase with André Borscherg, CEO and co-founder of the Solar Impulse project, at the controls. The prototype plane will slowly ascend to an altitude of 8,500 metres, while at the same time charging its batteries in preparation for the night flight. When the sun’s rays stop being strong enough to charge the batteries, the prototype will begin its slow descent to an altitude of 1,500 meters. At this altitude the flight will continue flying using the energy stored in its solar batteries until the next sunrise. If this mission is successful, it will be the longest and highest flight ever made by a solar plane.

The success of the flight definitely needs to be celebrated and what better way than with a special watch from Omega? 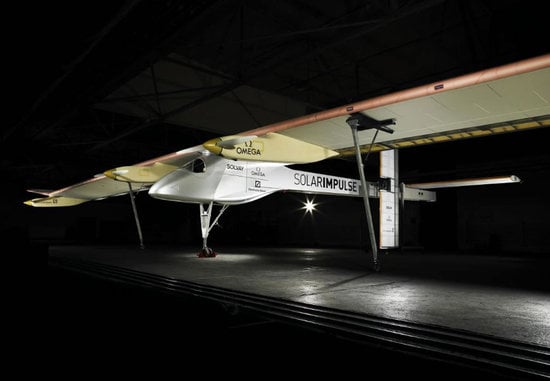