As a part of Diamond Anniversary celebrations of Belfast jeweler Lunn’s and Patek Philippe’s 175th Anniversary, the two came together to create a unique table clock enameled on the theme of the RMS Titanic’s 1912 voyage and the one-off Patek Phillipe table clock has gone on display for the first time in Belfast. Patek Philippe creates a small number of dome clocks every year with each featuring a unique design. This is for the first time in their 175 year history that they have produced one of their unique dome clocks for a retailer in the UK or Ireland. The idea of the Patek Philippe Titanic Clock came from a visit to Belfast’s Titanic Quarter in 2010 by Patek Philippe’s chairman Thierry Stern where he was given a tour of the drawing offices of the shipbuilder Harland and Wolff. It’s the place where the plans for the Titanic and sister ship Olympic were drawn up.

The design project of the table clock began in 2011 with Stern’s wife Sandrine in charge of it. She holds the position of head of creative department at Patek. It took five months to complete the project with the enameling process taking more than 200 hours itself. The Titanic table clock features 25 meters of gold ribbon and 22 different enamel colors. It has a cloisonné enamel dial plate in gold with black enameled large Roman numerals and a dome that illustrates the Titanic’s domed glass ceiling. The Titanic clock is on display the Lunn’s showroom in Queens Arcade, Belfast. 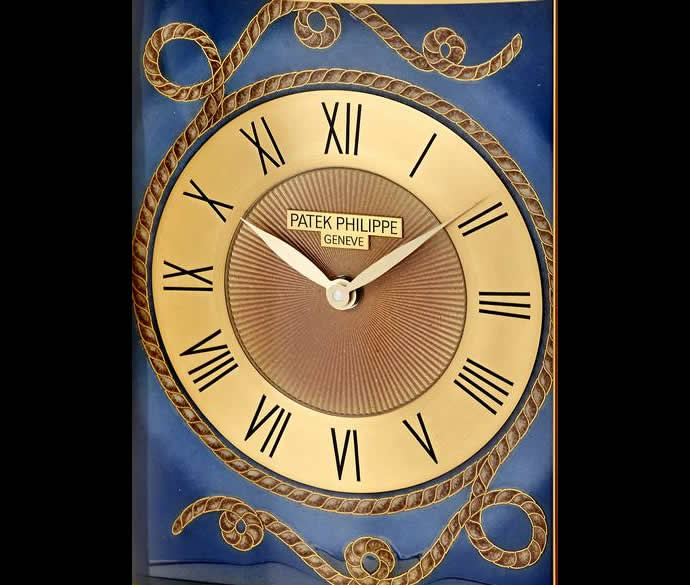 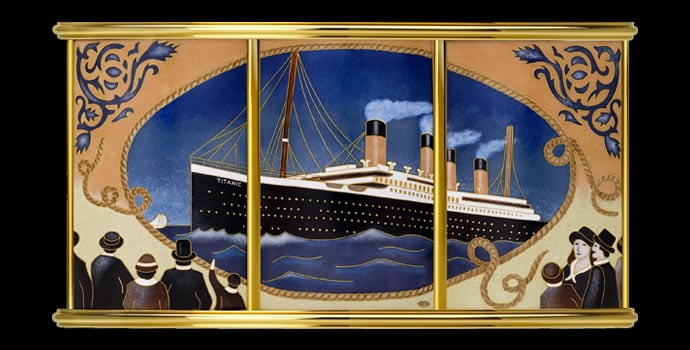 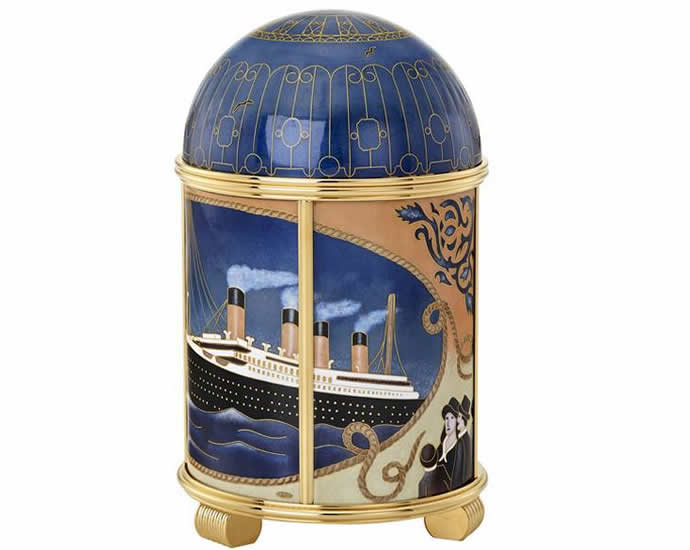