Watchmaker Richard Mille introduced a new timepiece, the RM 50-04 Tourbillon Split-Seconds Chronograph, at a rare and first global launch event in Singapore together with the lead driver of its partner F1 team Alfa Romeo Racing, Kimi Räikkönen. The Swiss manufacturer has been a supporting partner of the Alfa Romeo Racing Team since 2018 and the new timepiece is the first offering to officially bear the colors of the F1 team. Powering the watch is the extremely technical caliber RM 50-03, which was first seen on a timepiece announced 2017 and was designed in partnership with the McLaren F1 team. Featuring a split-seconds chronograph tourbillon, the movement weighs just 7 grams thanks to the extreme skeletonisation of components and the use of ultra-light titanium-vanadium-aluminum alloy for the baseplate and bridges. The movement is perfectly integrated into the case, which is achieved by the Carbon TPT bridges and the transverse carriage that supports the entire movement – it is connected to the caseband. As a result, the movement is highly shock resistant and has been tested to 5,000 Gs. 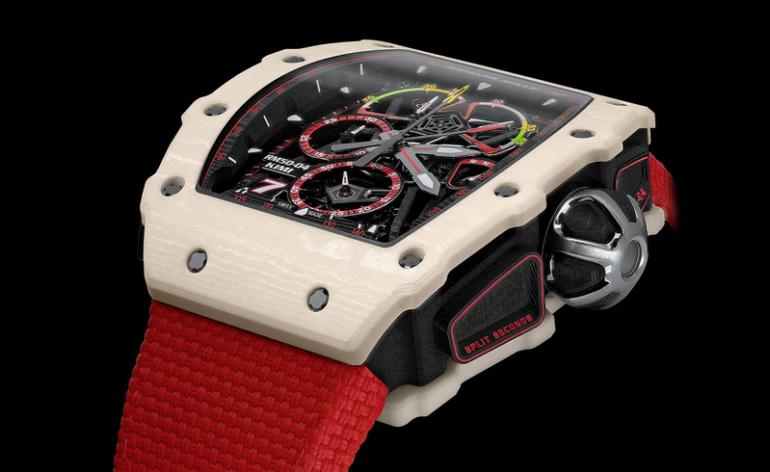 The colors of the Alfa Romeo F1 race cars are mirrored on Richard Mille timepiece’s bezel and case back in white Quartz TPT, achieved by interlaying 600 layers of silicon each 45 microns thick and impregnating them with a white matrix before heating them to 120 °C in an autoclave. The process gives the material a very high resistance/weight ratio, non-allergenic properties, and excellent resistance to UV rays. The color red appears within the movement, on the Carbon TPT flange, the chronograph counters, and the power-reserve, torque and function indicators. The titanium dial also features the number 7, Kimi Räikkönen’s racing number. “I’ve never really been the guy to wear a watch because it was uncomfortable and it never appealed to me,” Kimi said at the event. “So, I was a bit skeptical when we signed the deal and I knew it was another watch brand, but once I got my watch, I was so surprised. I never really did use a watch in the past, but now, I don’t even notice it. It’s a completely different philosophy that drives [Richard Mille]. Now I don’t even notice when I’m wearing it and it’s a great looking watch and it doesn’t weigh anything. It suits me completely.” The timepiece is limited to just 30 examples and is priced just over a million at $1,063,000. 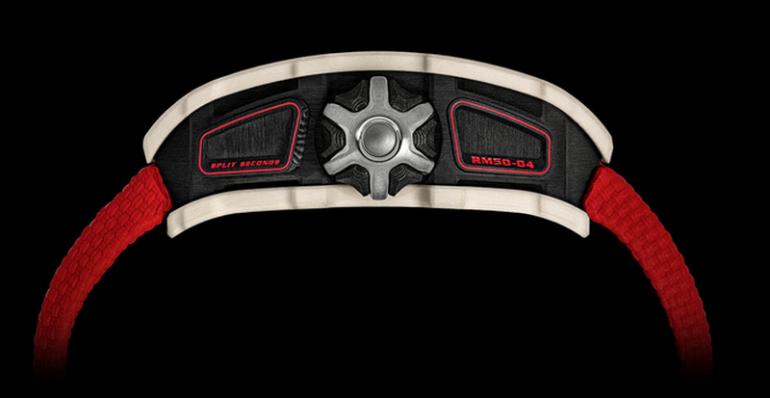 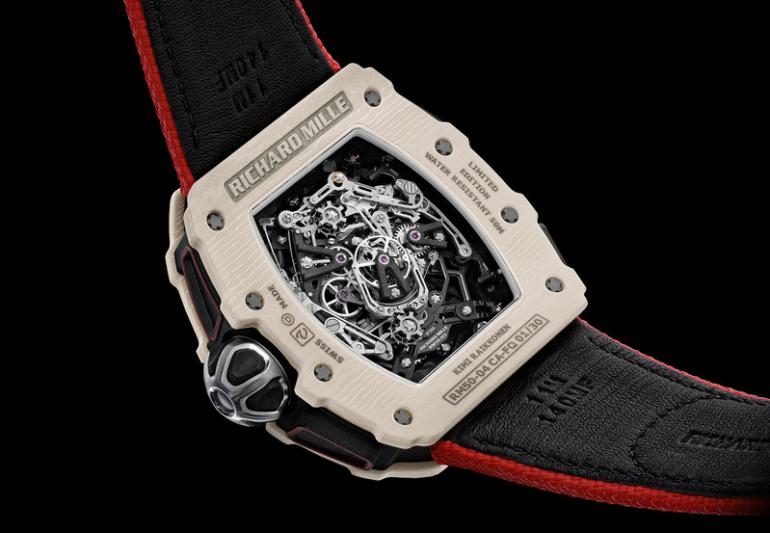