Tag Heuer has released a pair of limited edition watches to celebrate the 50th anniversary of the Porsche 911 Carrera RS 2.7 which made its public debut at the Paris Motor Show in October 1972. Created to honor the infamous Carrera Panamericana race, the Carrera nameplate has been emblematic to both brands for more than half a century. It was in 1963 when Tag Heuer adopted the legendary name for its racing chronograph, while Porsche chose the 911 Carrera RS 2.7 to introduce the moniker. 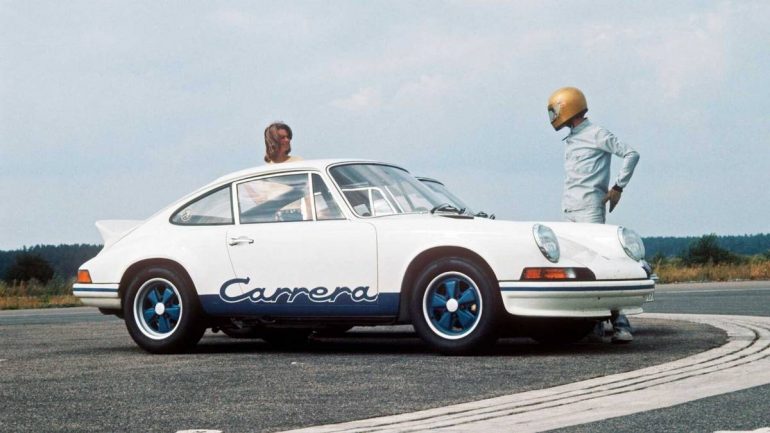 “The name and spirit of the Carrera are incredibly meaningful and emblematic for both TAG Heuer and Porsche,” says Frédéric Arnault, CEO of TAG Heuer. “So, for the 50th anniversary of the very first Porsche 911 Carrera, the iconic RS 2.7, we wanted to create a tribute watch that would express the character and power of this ground-breaking sports car within our own signature TAG Heuer Carrera chronograph. The two timepieces we imagined together are sleek, assertive, memorable; they reflect their illustrious past while also projecting something even more exciting – what Porsche and TAG Heuer can now achieve together.” 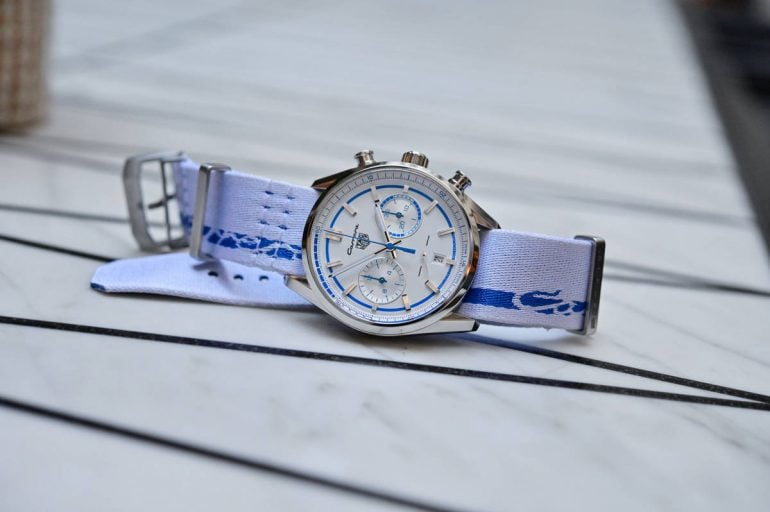 The Porsche 911 Carrera RS 2.7 which earned the nickname “Ducktail” for its unique rear spoiler came in 27 vibrant colors when it was launched. Out of them, Tag Heuer has chosen two colorways as an homage to the sports car that changed the world of racing. The first of them is the 500-piece Blue Edition that’s in stainless steel and features a white and blue color combination. It comes with both a fabric Porsche strap and stainless steel bracelet. The Red Edition is limited to just 250 examples and is in 18K rose gold. As the name suggests, the timepiece gets red accents along with white color and is paired with a red alligator strap with a gold pin buckle. 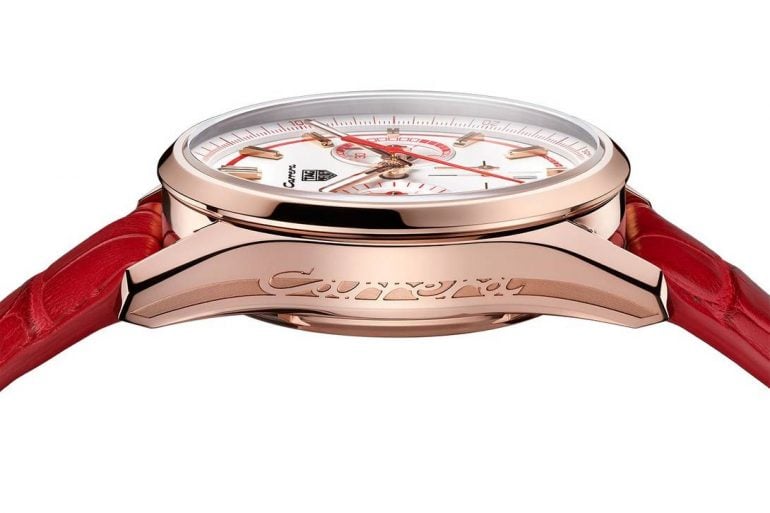 Both versions are based on the watchmaker’s 42mm tricompax chronograph and are powered by TAG Heuer’s Calibre Heuer 02 chronograph movement with an 80-hour power reserve. The movement’s oscillating mass has been crafted to look like Porsche’s steering wheel and it can be seen through the transparent sapphire crystal caseback. As for the pricing, the Blue Edition carries a $7,750 price tag and is already sold out, while the Red Edition is priced at $23,550. 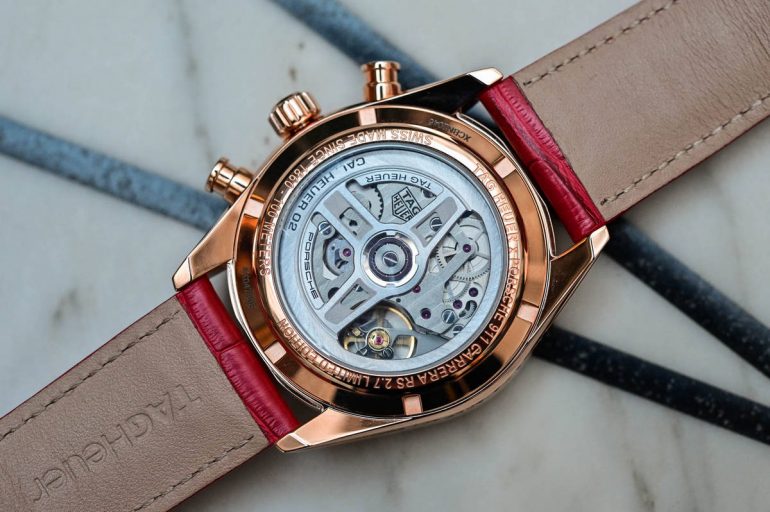 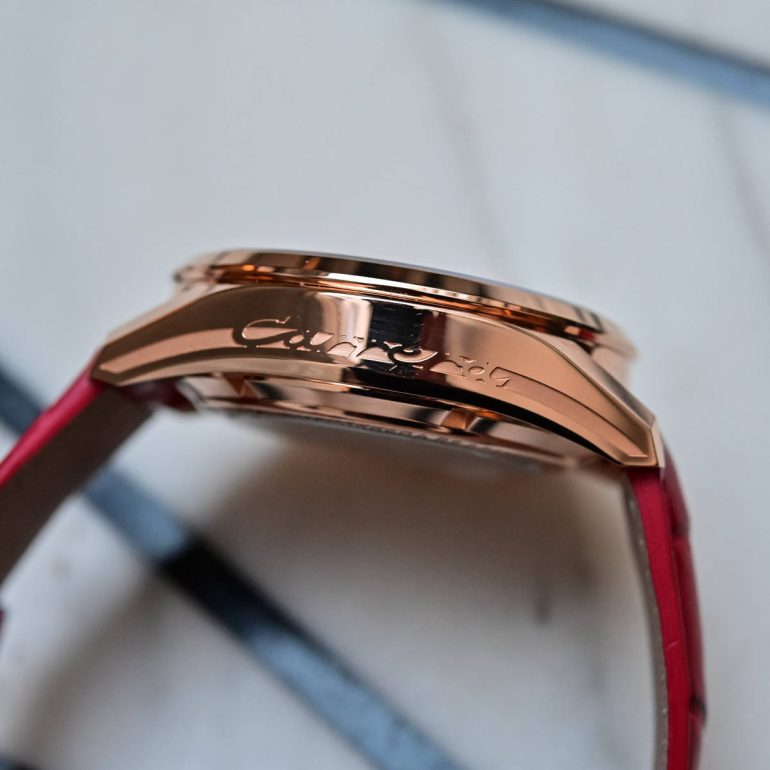 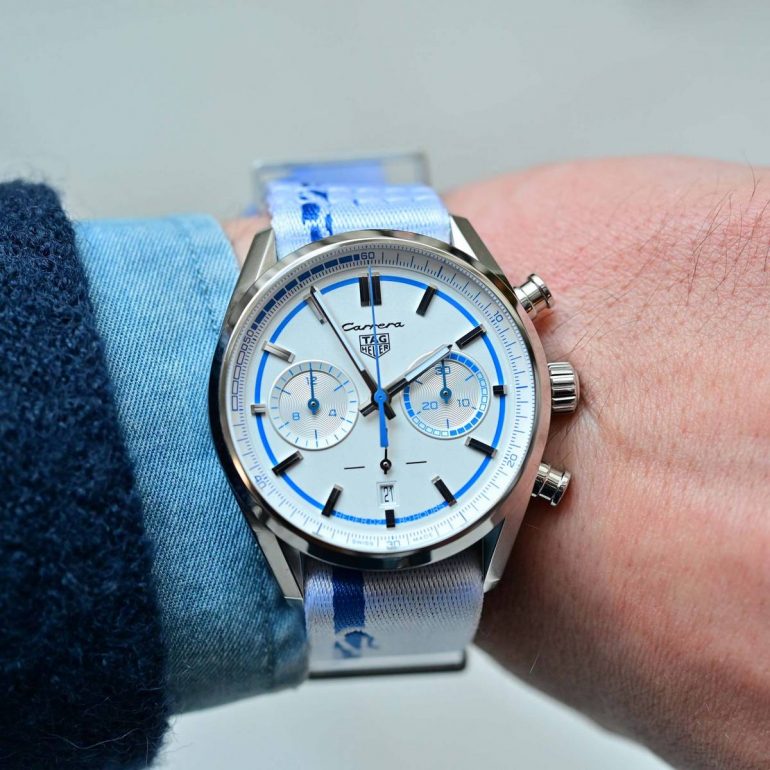 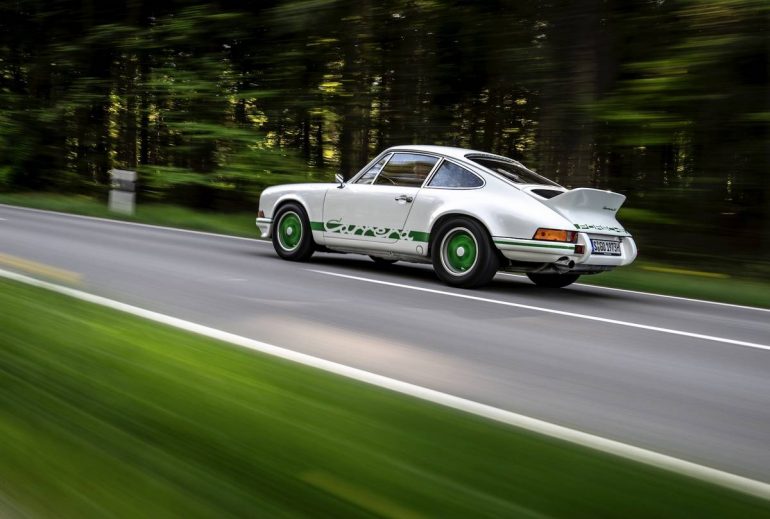 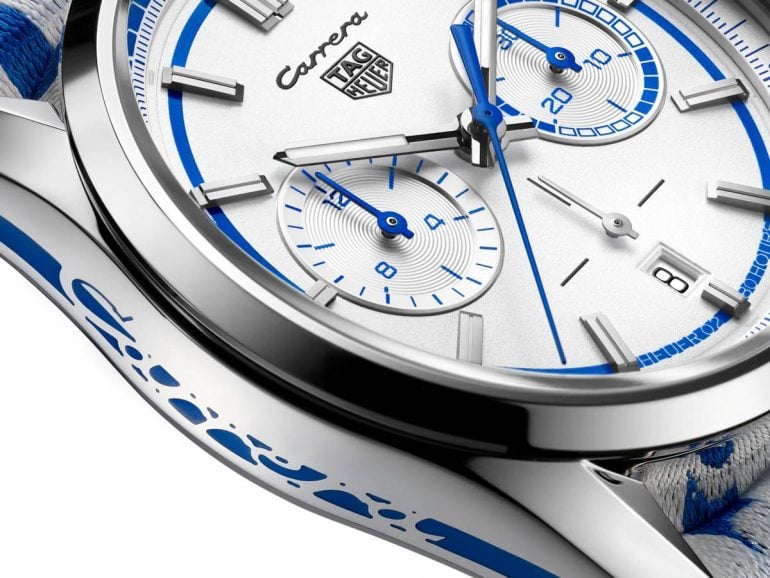 Tags from the story
Porsche, TAG-Heuer