Earlier this year, TAG Heuer kicked off its 160th-anniversary celebrations by unveiling the TAG Heuer Carrera 160 Years Silver Dial Limited Edition. The luxury watchmaker has now resealed a new collector’s edition timepiece as the second watch in its collection of celebratory models. Called the TAG Heuer Carrera 160 Years Montreal Limited Edition, the latest limited edition model was spawned by fusing the designs and DNA of two iconic TAG Heuer watches: The White Heuer Montreal, reference 110503W, which was launched in 1972 and the original Carrera timepiece that came out in 1963. “The Heritage Department selected the white Montreal design to mark TAG Heuer’s anniversary year because the piece is pure beauty and the colourful dial is full of joy. We played with the existing design codes and brought them to life in a bold new way, merging them with the Carrera spirit and breaking the rules in true TAG Heuer fashion,” said Catherine Eberle-Devaux, TAG Heuer Heritage Director. 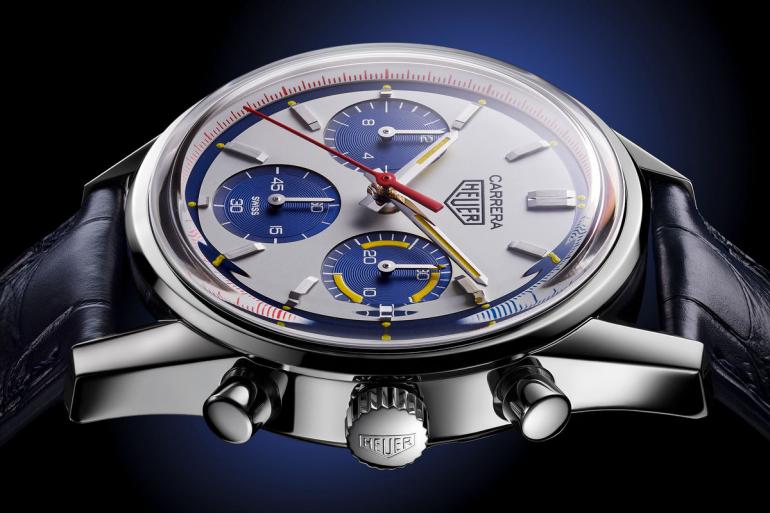 The White Heuer Montreal watch is one of the rarest TAG Heuer watches and its bright dial with the color palette of perfectly balanced red, yellow and blue is emblematic of the 1970s. The new anniversary model recreates the magic with a modern twist on its opaline dial by featuring blue “azurage” counters and yellow Super-LumiNova accents underneath a domed sapphire crystal. It is presented in a no-date configuration and bears the classic Heuer logo. The stainless steel case measuring 39mm houses the brand’s Calibre Heuer 02 manufacture movement. It comprises of 168 components, including a column wheel and a vertical clutch, and offers 80 hours of power reserve. The watch is paired with a blue alligator leather strap and comes in a special box as part of the 160th-anniversary celebrations highlighting its heritage. The TAG Heuer Carrera 160 Years Montreal Limited Edition is priced at $6,750 and will be available exclusively in TAG Heuer boutiques and the brand’s official website. 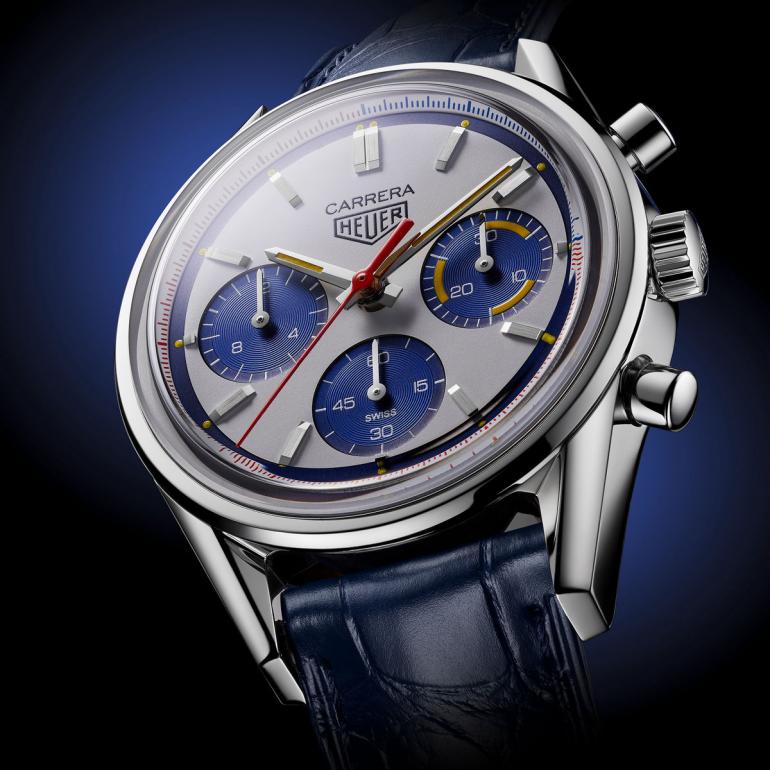 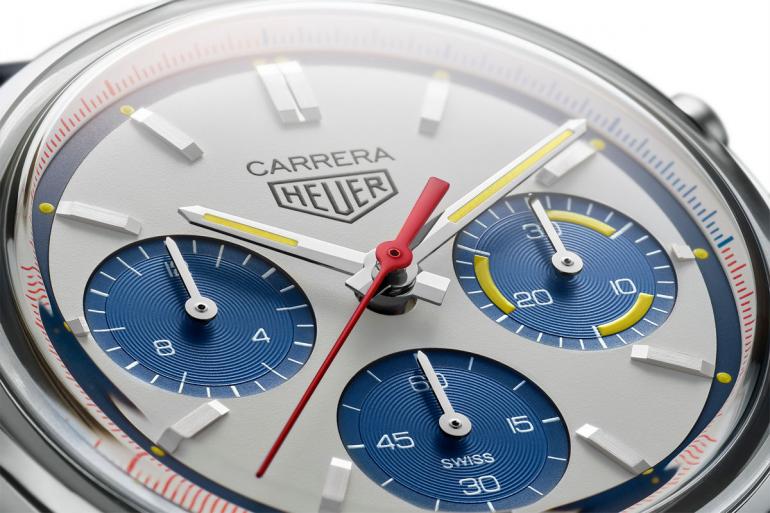 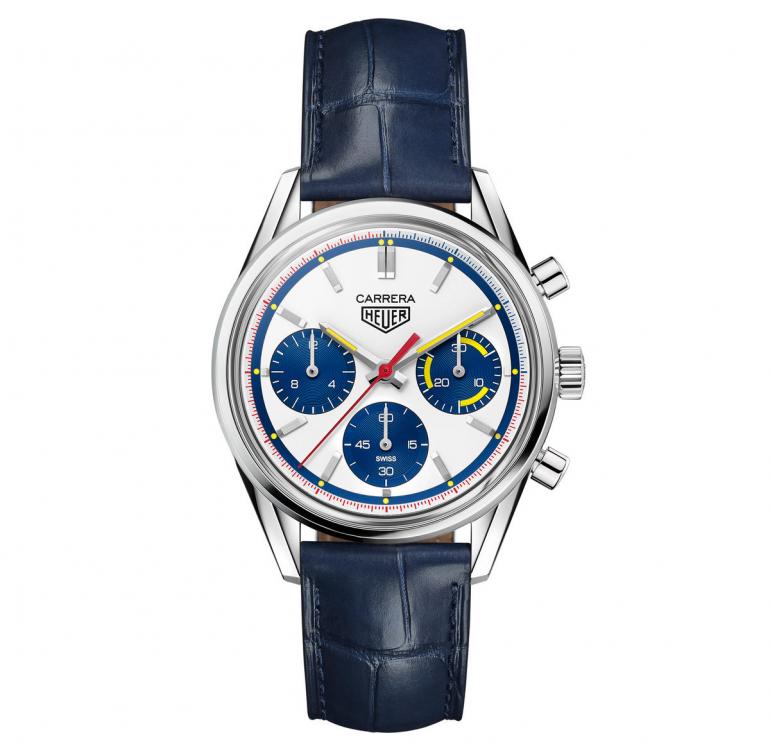 Tags from the story
Limited-Edition, TAG-Heuer