Independent Swiss luxury watchmaker MB&F has been successfully capturing the imagination of watch collectors and enthusiasts across the world with its wildly creative timepieces since its inception in 2005. Over the past 14 years, Maximilian Büsser has created some of the most intriguing watches that stretch the boundaries of what’s horologically possible. Yet, what was missing was a timepiece dedicated to, and designed especially for women. Finally, that’s about to change with the release of the Legacy Machine FlyingT watch, which will make its official debut at the upcoming Baselworld show. The watchmaker had previewed its first ever ladies watch to a select few at the 2019 SIHH in January. 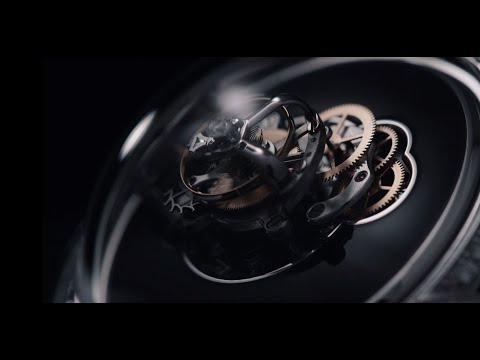 The design of the watch is just as wild, yet elegant, as you would expect from an MB&F timepiece. The round case is crafted in 18-karat white gold and is given a very three-dimensional appearance thanks to the highly exaggerated domed sapphire crystal on top. The ‘T’ in the name stands for tourbillon; in fact, it’s the third flying tourbillon produced by MB&F. The central flying 60-second tourbillon consists of 280 individual components and 30 jewels. The complex column flying tourbillon mechanism is finished with a large single diamond that rotates with the tourbillon cage. It offers 100 hours of power reserve, one of the highest ever offered by MB&F. A small dial that is inclined at a 50-degree angle and positioned at the 7 o’clock position displays time in a way which can only be comfortably rear by the wearer.

The watch also features a transparent sapphire crystal caseback gives a view of the sculptural “sun” winding rotor that is made of 18-karat 5N+ red gold, titanium, and platinum. The watch will be released in three variations: one with a black lacquer dial plate, one with a dial plate and case fully set with brilliant-cut diamonds, and the last one with a dial plate and case both fully set with baguette-cut diamonds. The prices start at $115,000 for the black lacquer version, $145,000 for the pavé-diamond-set version, and $315,000 for the baguette-diamond-set version.