In the world of horology, looking into the past for inspiration to create new timepieces has become a popular trend over the last few years. While most of the high-end watchmakers have jumped on the bandwagon to introduce recreations of their iconic vintage models, Audemars Piguet has largely stayed out of this trend by sticking to its contemporary collections. However, that is about to change with the launch of [Re]master01 Selfwinding Chronograph – a timepiece inspired by an iconic Audemars Piguet chronograph from the 1940s. The Audemars Piguet ref. 1533 is a dress chronograph that holds a legendary status in the watchmaker’s history. Be it the 36mm case which could be ordered in a combination of stainless steel and pink gold or the unique rose-champagne-colored dial with blue chronograph hands, the Audemars Piguet 1533 has been a hugely desirable piece. And rare, too; only three stainless steel and gold chronograph timepieces were made in 1941. One of them is preserved in the Audemars Piguet Heritage Collection, which was ultimately used for inspiration of the new [Re]master01 Selfwinding Chronograph. 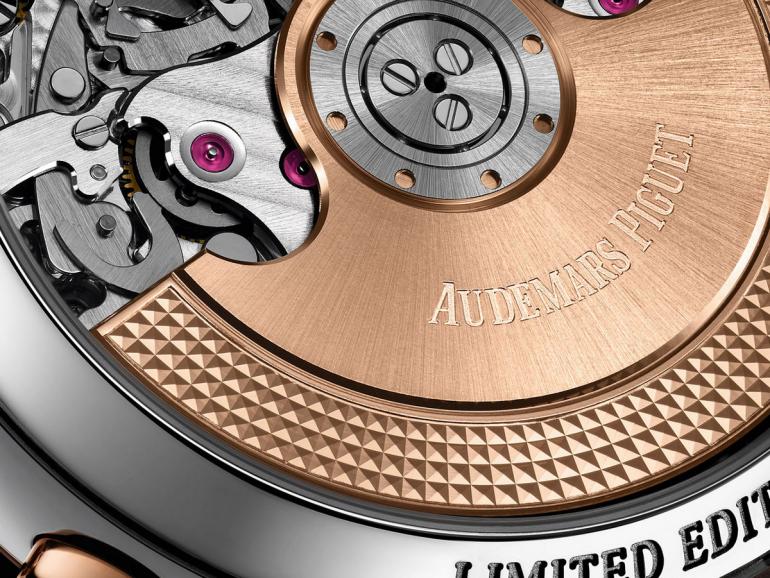 The newest vintage-inspired, classic chronograph, however, as the name suggests, isn’t really a re-edition. Instead, it’s a thoroughly modern timepiece that’s visually inspired by the iconic model to create a perfect blend of the past and present. Although, it has the ref. 1533’s stainless steel and gold case, the size has increased from 36mm to 40mm. It also gets the similarly designed caseband, ‘teardrop’ lugs, and caseback made of stainless steel and the bezel, crown, and pushers made of pink gold. However, the dial features a slightly different layout because of the modern movement and a yellow gold color instead of rose gold. As a tribute to the brand’s heritage, the chronograph features the signature “Audemars Piguet & Co. Genève” on the dial. It is also powered by a state-of-the-art modern chronograph – the in-house Calibre 4409 that debuted in Code 11.59. The flyback chronograph movement runs at a modern frequency of 28,800 vibrations/hours or 4Hz and has a power reserve of 70 hours. The watch is paired with a light brown, hand-stitched calf leather strap with a steel pin buckle, while a brown alligator strap is also included. The [Re]master01 Selfwinding Chronograph is limited to 500 pieces and priced at CHF 49,500 (about $52,000). 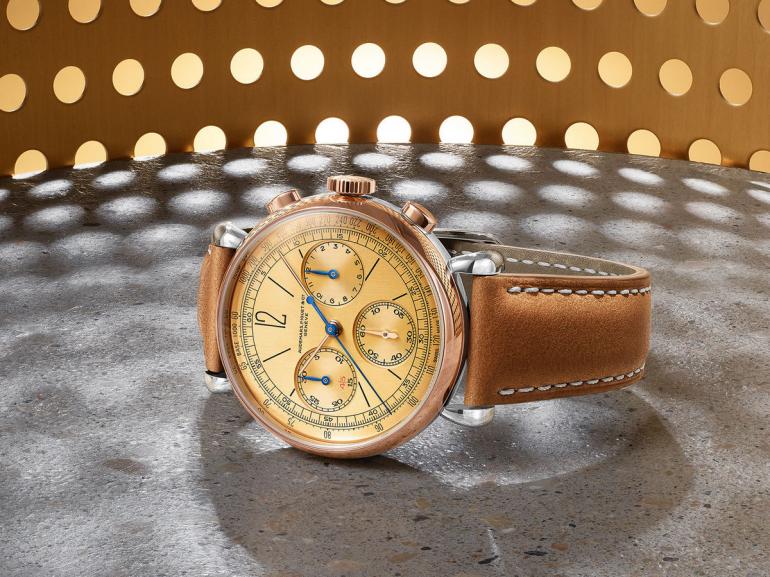 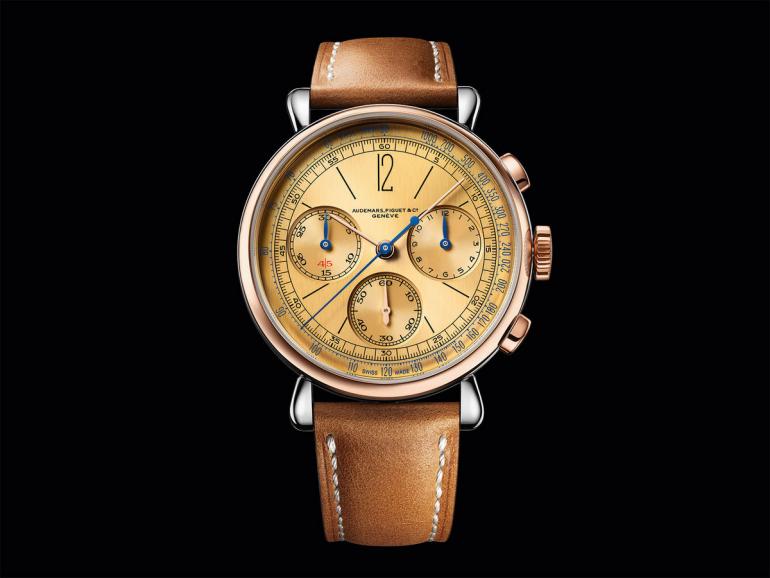 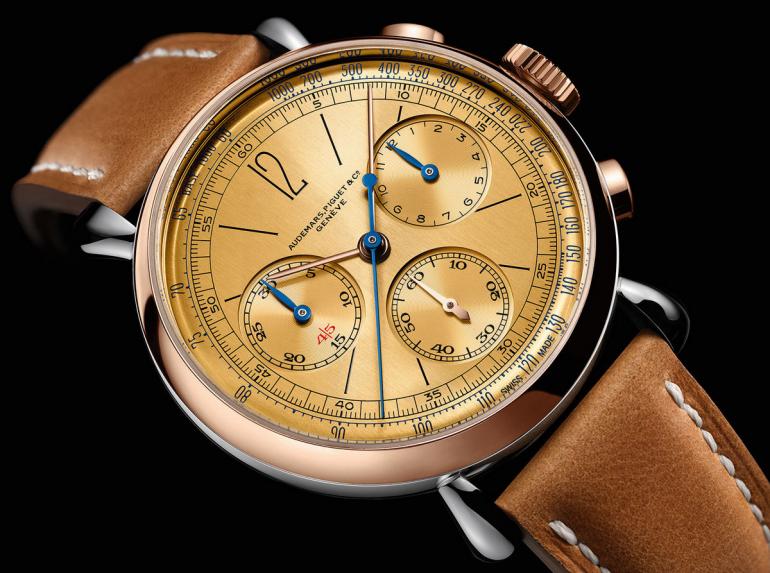 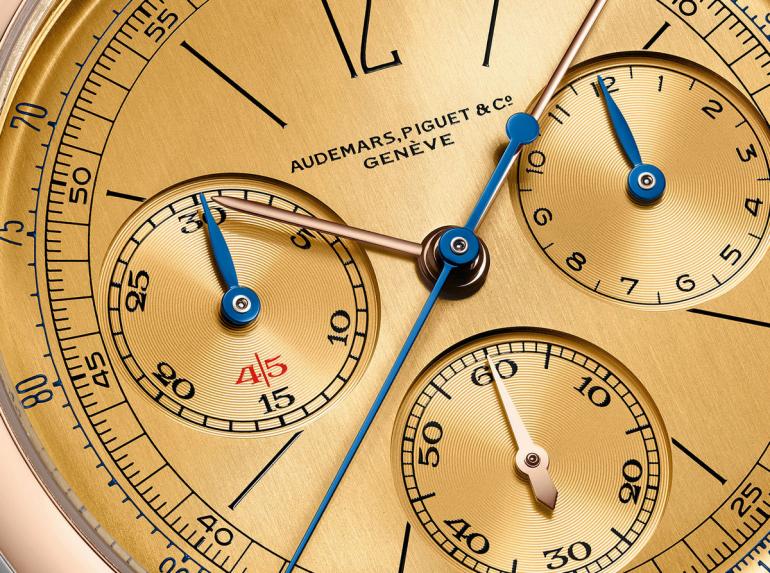 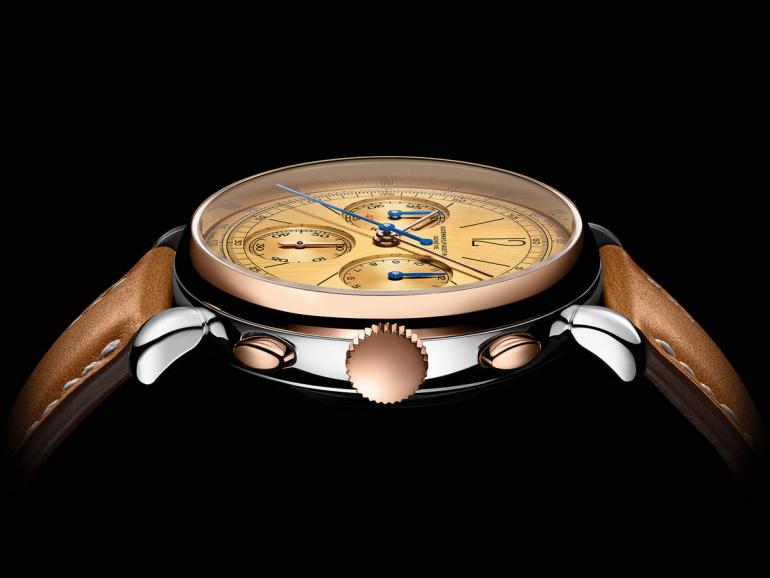 Tags from the story
Audemars-Piguet, Chronographs