At the LVMH Watch Week 2021 taking place virtually, Bulgari has dropped several new timepieces, including the new Bulgari Octo Roma Carillon Tourbillon that has been launched as the brand’s headline timepiece. Over the last many years, Bulgari has been aggressively going after horological world records in ultra-thin watchmaking. However, the latest Bulgari complication is in complete contrast to that approach. The more generous dimensions of the watch give it enough room for a carillon minute repeater. A carillon is a chiming mechanism that can produce more than two notes. The latest Bulgari timepiece’s repeater strikes Westminster’s Chimes on three gongs, which is combined with a tourbillion to make it a highly complicated timepiece. 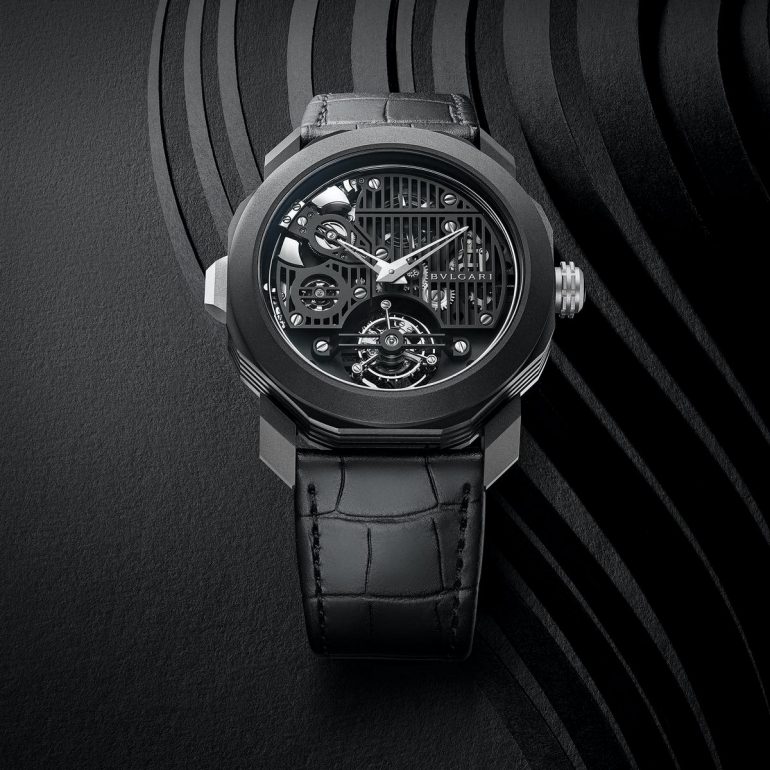 The Bulgari Octo Roma Carillon Tourbillon strikes the perfect balance between contemporary materials and the art of traditional watchmaking. The watch’s 44mm case is made of black DLC (Diamond-Like Carbon) coated titanium, which gives it a very modern, urbane look. Housed inside is the BVL428 caliber, a three-note manual-winding minute repeater movement with a 75-hour power reserve and 432 components. The architecture of the movement is also inverse to what we usually see on traditional repeater watches. Usually, the regulator, hammers, and gongs of the repeater mechanism sit at the back of the movement. In the Octo Roma Carillon Tourbillon, the arrangement has been flipped with the three gongs and three hammers located on the dial side, while the power reserve indicator is located at the back. The centrifugal regulator is also visible at about 9:00. That means you won’t have to take off the watch if you want to see the hammers striking. The timepiece is limited to just 15 examples and is priced at $259,000. 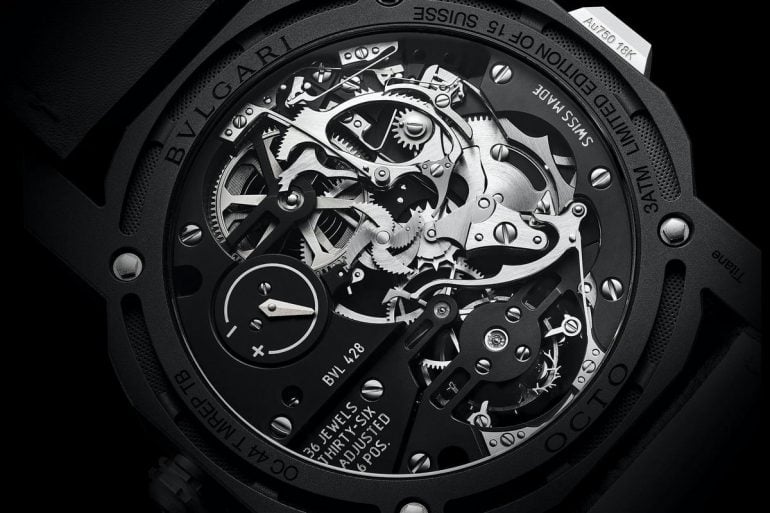 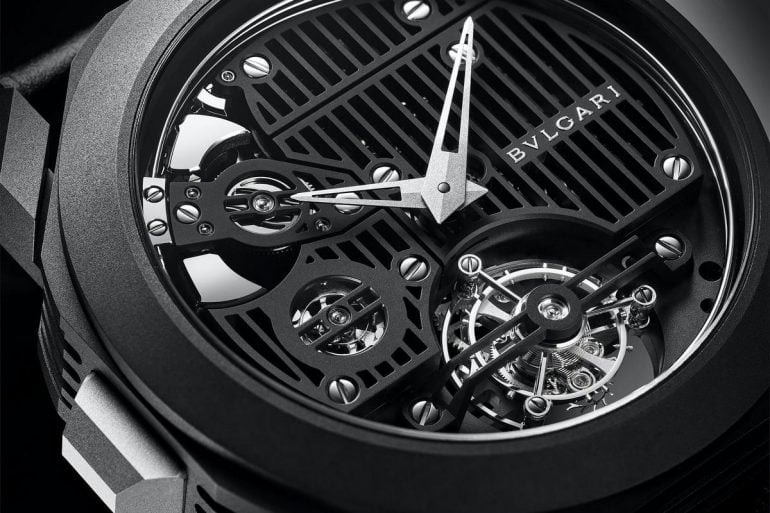 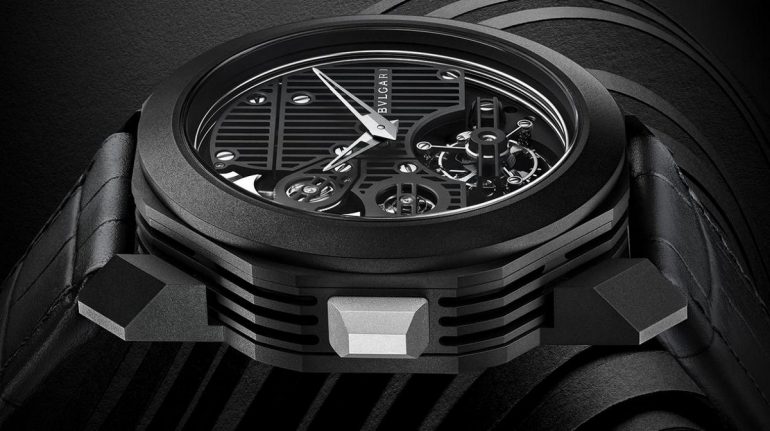