The Jaeger-LeCoultre Reverso first made an appearance nine decades ago, patronizing the Polo players. Back in those simpler times, horology was simple too. The first Reverso showed off no complications and became a legendary 20th-century design. 60 years later, Jaeger-LeCoultre introduced a power reserve and date displays in the Reverso Soixantième, and it sported a sapphire crystal case back that let the world see what made it tick. 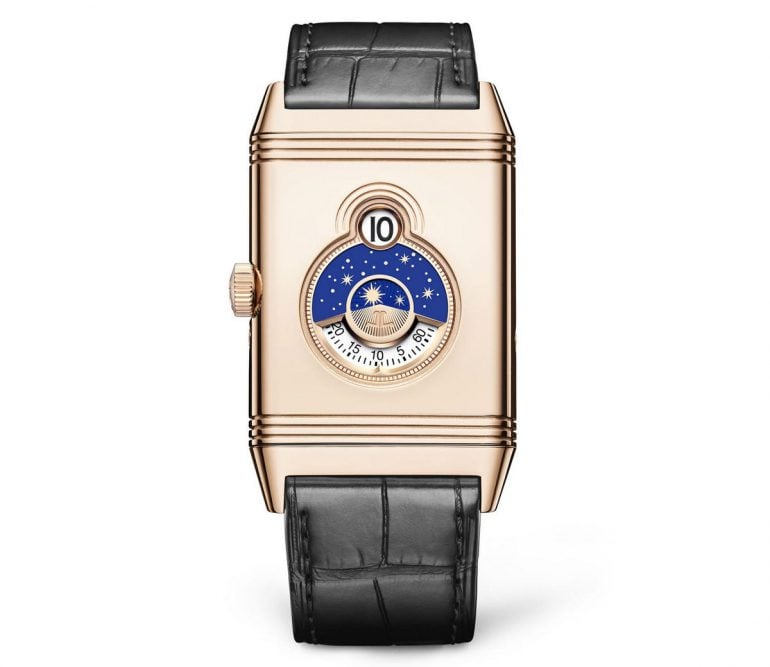 The brand has yet again written a new chapter in its illustrious history with the Reverso Tribute Nonantième, which brings with it a symphony of complications to quench the thirst of this era. In a pink gold case, the sunray-brushed dial is marked with golden indexes and Dauphine hands. More prominently, the lower half of the dial sports a moon-phase display that is set neatly within the circle formed by the small seconds counter. The date is displayed under 12 o’clock and is framed by an applied filet of pink gold. Keeping in tune with the then-famous case back, the flip side of this case is spellbinding for anyone even remotely associated with the fine art of watchmaking. 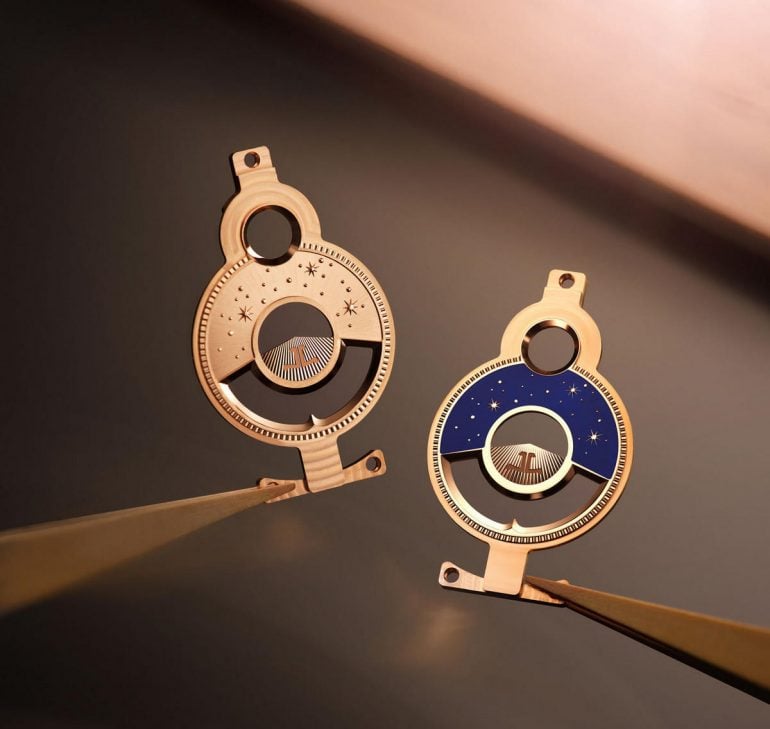 The case back is made of two round apertures of different sizes that are arranged like a figure eight and are rimmed with beautiful gadroons. The upper aperture displays the digital hour indication, unlike any Reverso before it, and is a throwback to the manufacture for wristwatches created around the 1930s. Below the hour mark is the larger aperture that displays the hour and minutes over a rotating disc. The celestial splendor of the larger is reflected in the golden sun and moon pass, over a field, indicating day and night.

The case is just 11.72 mm thick. The Jaeger-LeCoultre Reverso Nonantième is powered by the manually-wound Jaeger-LeCoultre Calibre 826 movement and has a 42-hour power reserve. In all its ornate splendor, the way can be submerged up to 30 meters. It has a Black Alligator strap, that beautifully compliments the pink gold case. The movement comprises 230 components. Both faces of the watch show the time.

The Reverso Nonantième is spectacular because it has pushed the boundaries of one’s imagination even further. Just starting down at the Jaeger-LeCoultre logo on the sunray pattern the background makes one reflect on how far the Reverso has come. Giving both purists and contemporaries something to look forward to, this stunning timepiece continues to write its timeless tale in the annals of horology.