Roger Dubuis has expanded its line-up of Lamborghini-inspired watches by introducing a limited-edition that is themed after the new Huracán STO. Similar to the recently launched Excalibur Essenza SCV12, the new Excalibur Spider Huracán STO captures the essence of the track-focused supercar by sharing design elements and the striking color scheme used on the ultimate Huracán variant. The STO’s racing-inspired livery uses Blue Laufey and California Orange colors, both of which feature different parts of the watch, including dial, bezel, and strap. The Excalibur Spider Huracán STO is housed in a 45mm carbon case with a black DLC titanium bezel. Another prominent element of the watch inspired by the road-homologated supercar is the honeycomb motif found on the skeletonized automatic RD630 caliber.

The state-of-the-art movement was designed specifically by Roger Dubuis for its Lamborghini watches. According to the watchmaker, the movement features a 12-degree angled balance wheel with a 360-degree oscillating weight that reproduces the same kind of speed effect as a Huracán’s wheel. In addition to that, the bridge is designed like a strut-bar inspired by the one found on the V10 engine of the Lamborghini Huracán supercar. The supercar it’s based on, the Lamborghini Huracán STO, was built using the technology and learnings from the Huracán Super Trofeo Evo racing car and the Italian marque’s successful GT3 racing models. It is powered by the same naturally aspirated V10 found in the Performante, and it churns out 640 horses and 417 ft-lb of torque. Roger Dubuis will make only 88 examples of the watch, and it will retail for $56,500. 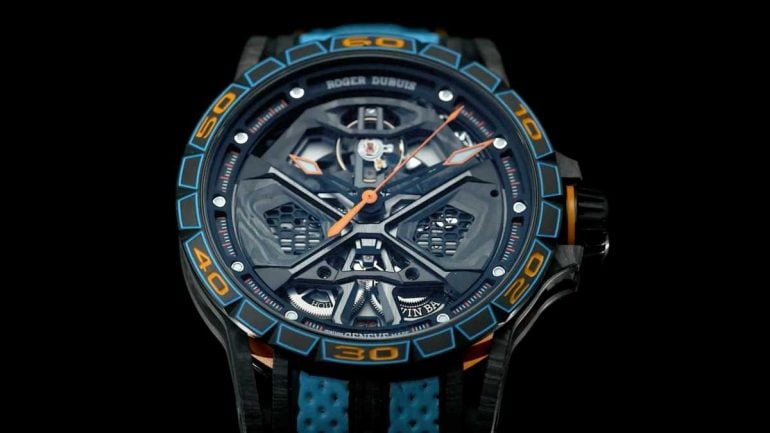 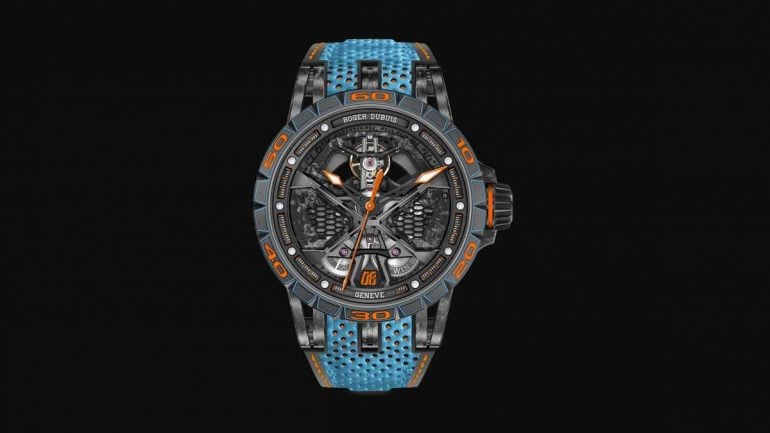 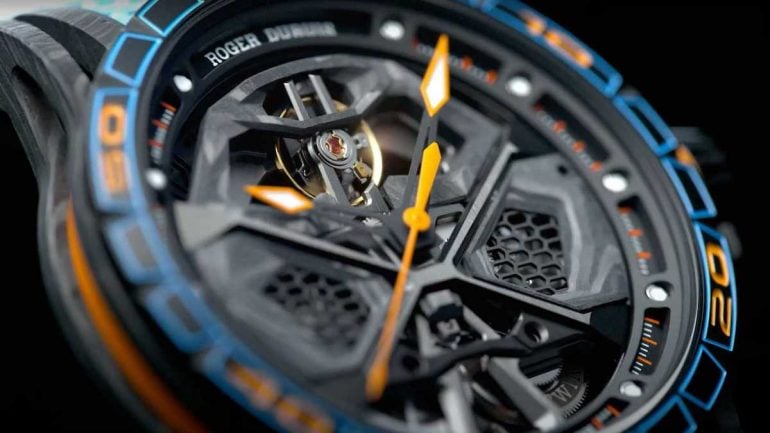 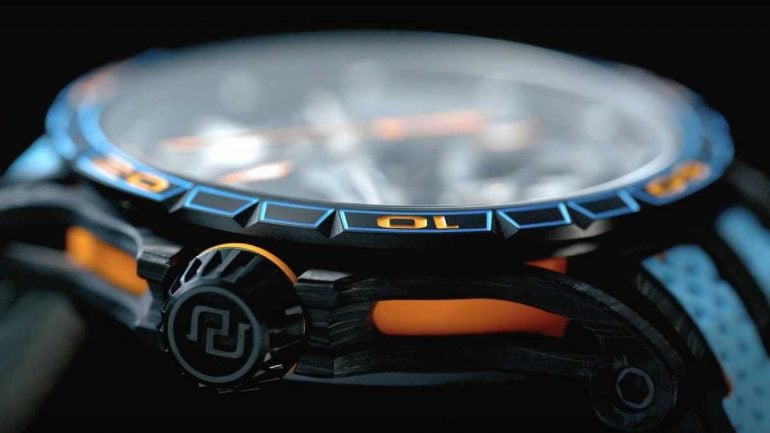 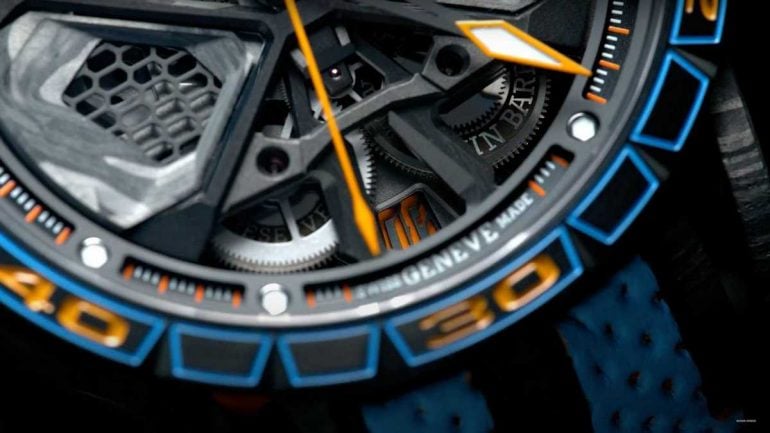 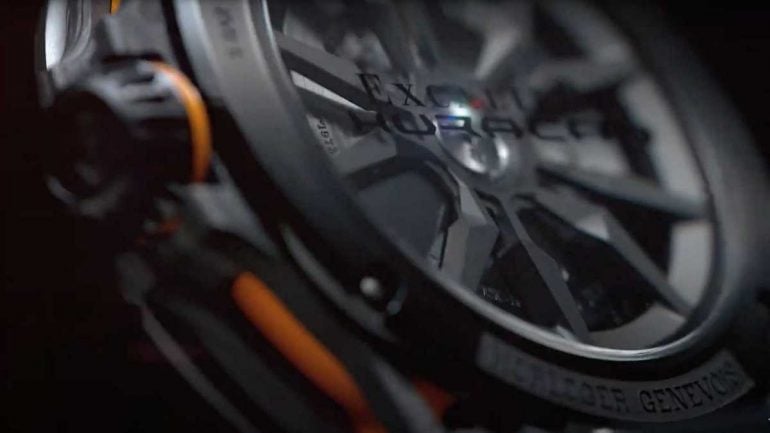 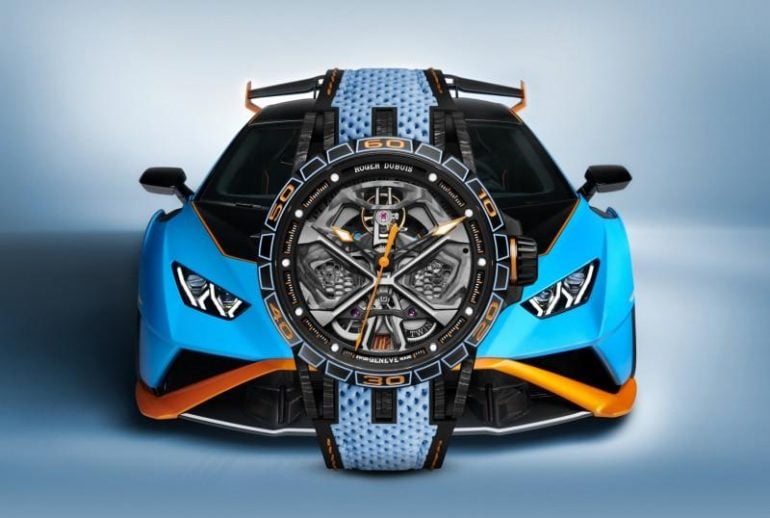 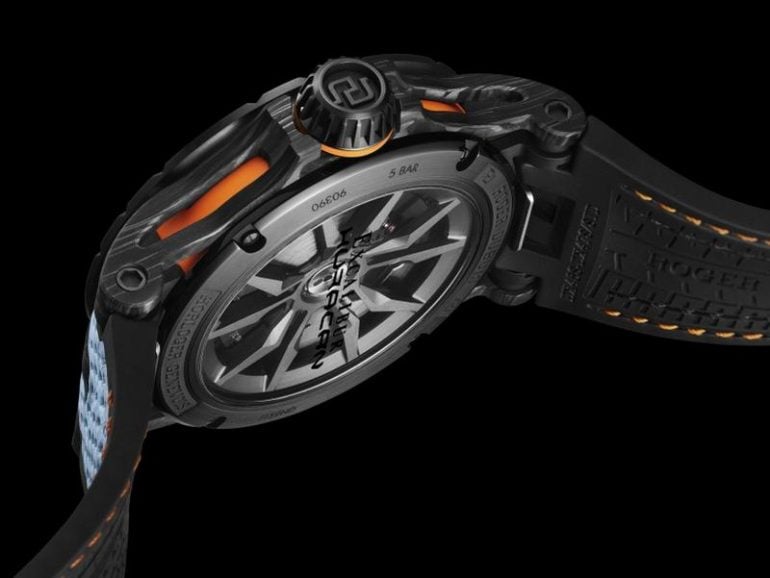