The fine intersection of Marvel fans and watch-lovers has just been acknowledged and appeased like never before. Audemars Piguet has announced the first-of-its-kind Marvel character-themed watch. The Royal Oak Concept ‘Black Panther’ Flying Tourbillon is the pole bearer in what promises to be an exciting series of conceptual watches. The dial bears a scaled-down sculpture of Black Panther, in his battle pose, lunging over the hour and minutes hands. The watch has a tourbillon hand at 6 o’clock. 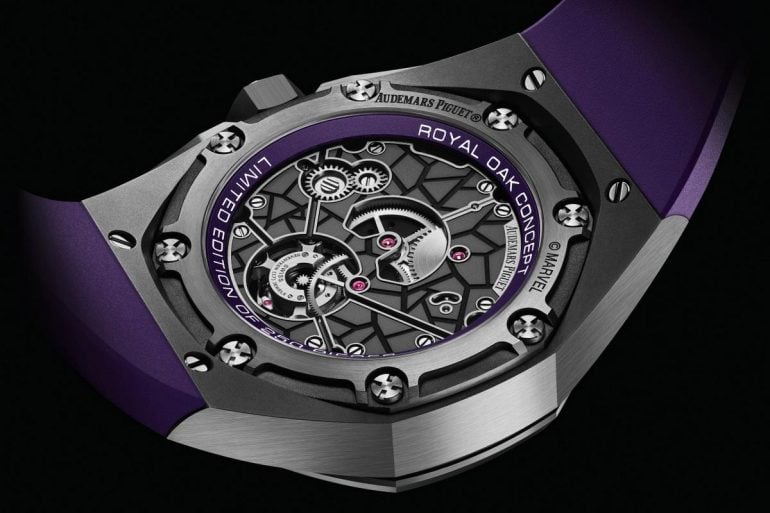 The figure is brilliant in detail and reminds us of the memorable character played by late Chadwick Boseman. It is laser-carved in white gold and painted by hand, posing against a field of black and grey PVD coating. King T’Challa is highly-detailed in this watch, with his key color cues finding their prominence throughout the design of the watch. We wish that the watch was made from Vibranium, instead of White Gold, but we’ll take what we get. 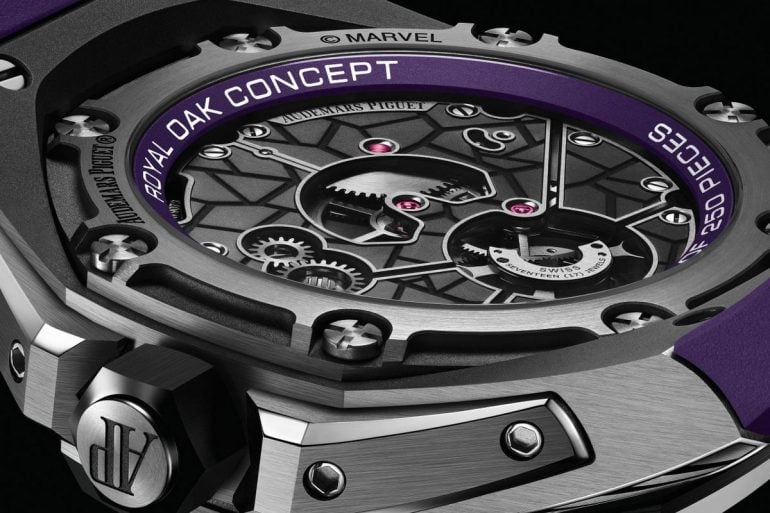 The 42mm case is built intricately and the purple rubber strap joins the bezel so smoothly, it almost looks seamless. The inserts are of satin-brushed titanium and the case back offers an insight into magical workings. It is powered by the hand-wound Manufacture Caliber 2965 movement and sports the brand’s latest flying tourbillon. The horological avatar of the Black Panther is submersible up to 50 meters and has a 72-hour power reserve. 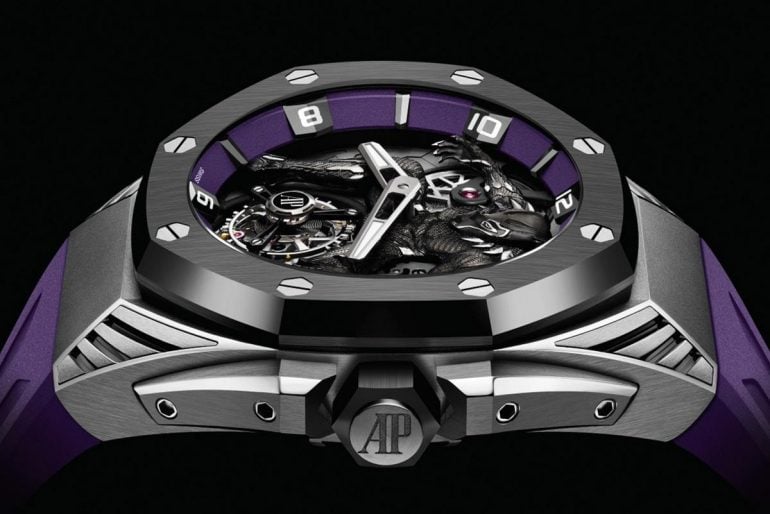 With as much fanfare as it deserves, the Black Panther watch was released at a Los Angeles event that was hosted by Kevin Hart, with LeBron James and Serena Williams in attendance. The tragic passing of Boseman endeared the character, even more, making the Black Panther a symbol of empowerment to millions. We tip our hats to Audemars Piguet for taking this leap for their loyal fans. It’s so beautiful that one needn’t be a comic fan to acknowledge this fact. 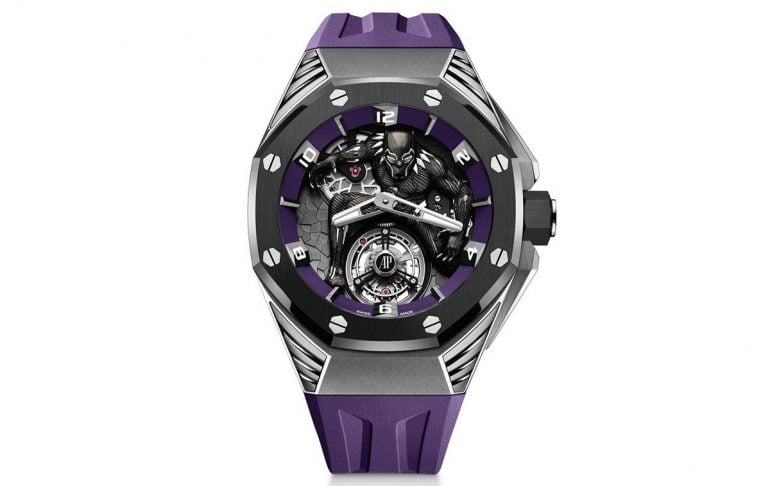 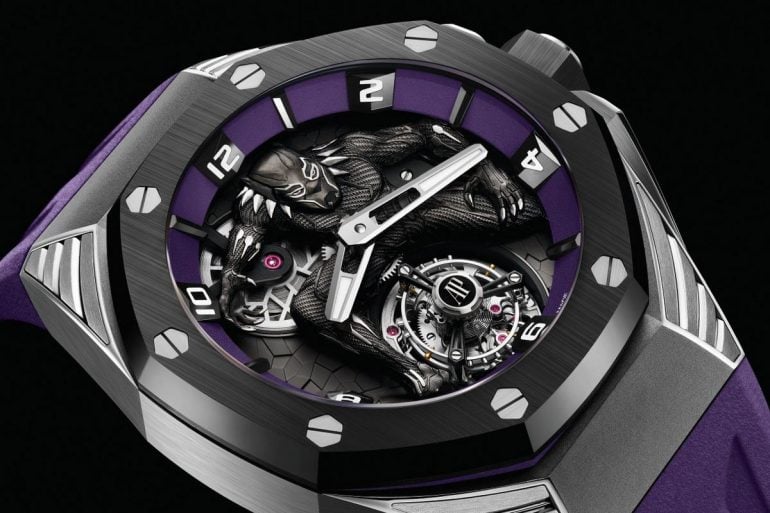 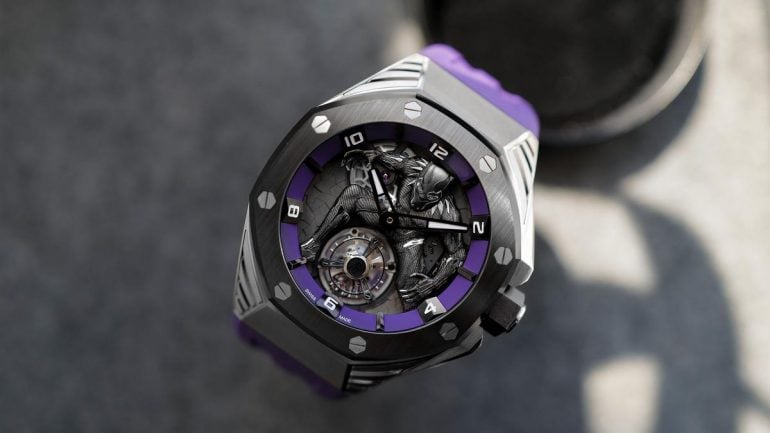 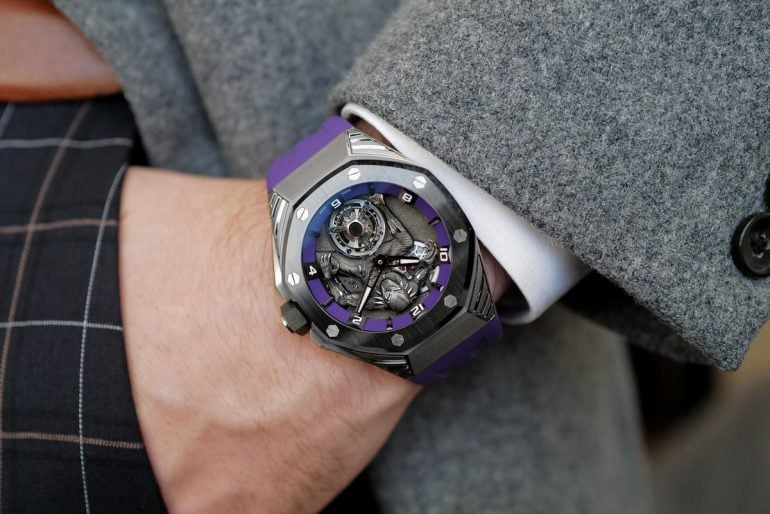 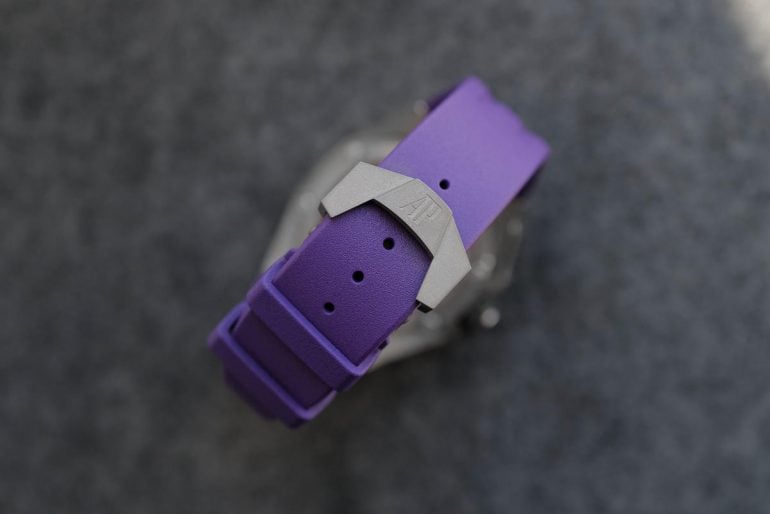 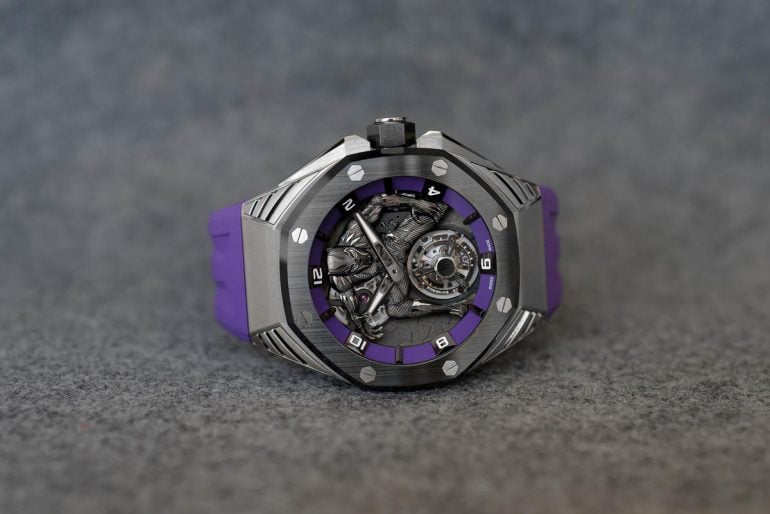