Storied Swiss watchmaker Minerva has been churning out some stunning vintage-style watches ever since it was acquired by Richemont in 2006 and brought under Montblanc. Joining the list of uber-cool retro chronographs launched in the last decade is this new limited edition in bronze and titanium with a salmon-colored dial. The 1858 Chronograph Tachymeter is a further evolution of a family first released about a year ago, just ahead of SIHH 2017. The timepiece’s innards are inspired from the Minerva caliber 17.29, which equipped pocket watches and wristwatches from the 1930s, and the beautiful Minerva Caliber MB M16.29 finished in German silver with rose gold plating can be viewed by turning the watch over. The manually wound movement has a power reserve of 50 hours, and even the balance spring is made in-house at the manufacture in Villeret. 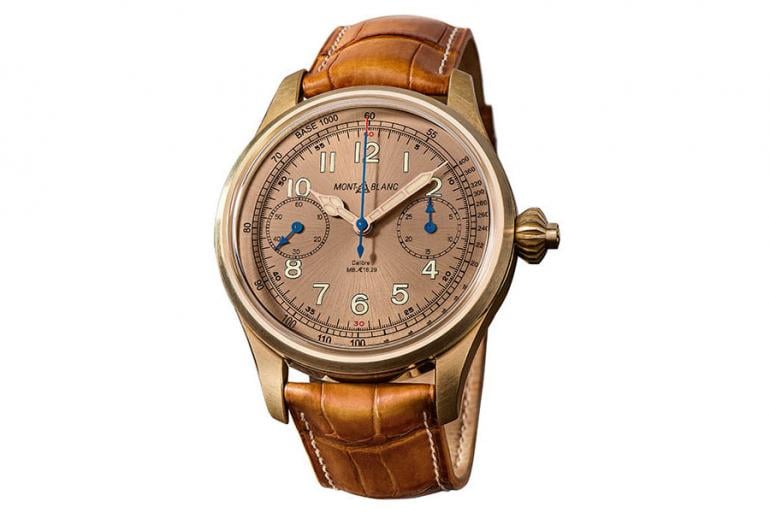 The 1858 Chronograph Tachymeter measures 44mm across and 13.15mm thick, which makes it quite generously proportioned. The large crown also adds to the ease of operation, especially the watch’s chronograph function. The bronze look of the timepiece is beautifully complimented by the vintage cognac alligator strap which is made by Montblanc Pelletteria in Florence. The Montblanc 1858 Chronograph Tachymeter is limited to 100 pieces and is priced at $27,500. 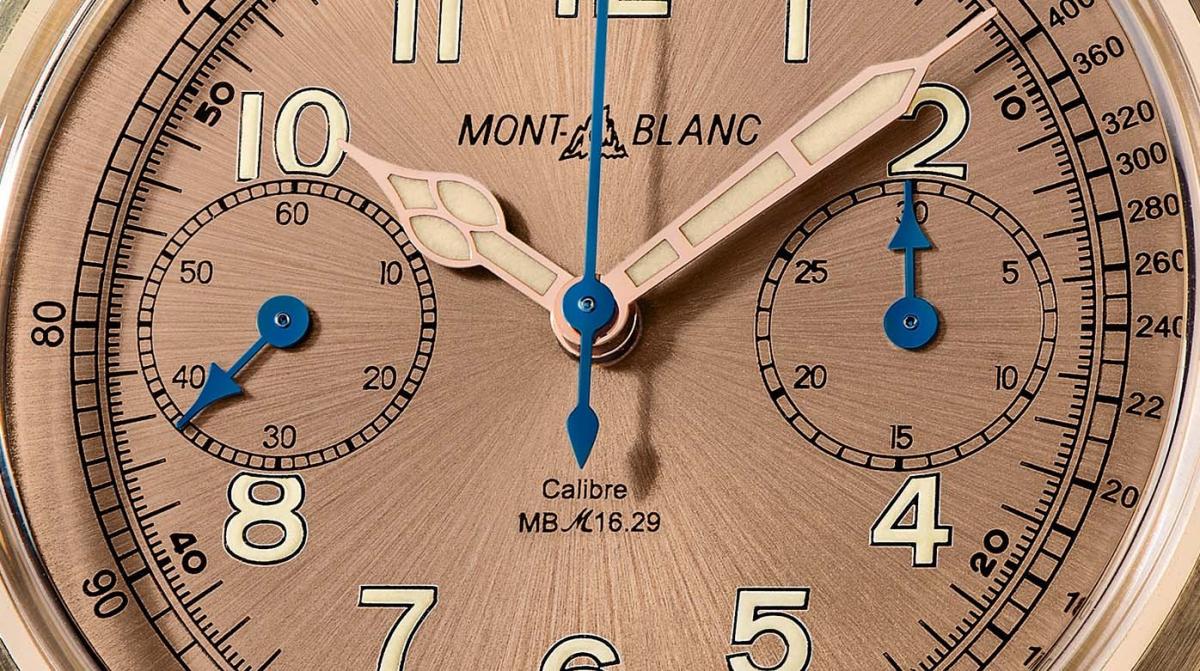