Bulgari has yet again set a new record with its latest Octo Finissimo watch for the sixth year in a row. Called the Octo Finissimo Tourbillon Chronograph Skeleton Automatic, the new timepiece by the Italian luxury brand has grabbed the title of the thinnest watch featuring a skeletonized self-winding movement, a single-push chronograph function, and a tourbillon. The watch was revealed at the ongoing Geneva Watch Days exhibition, which was originally slated to take place in April. Bulgari set on the journey to push the boundaries of mechanical-watch thinness back in 2014 and has since released a new record-setting Octo Finissimo watch each year. Bulgari CEO Jean-Christophe Babin said: “2020 is the year of the World records at Bulgari with this new ultra-thin Octo Finissimo Tourbillon Chronograph Skeleton Automatic. It is the 6th World record in a row for Octo Finissimo. We already launched last January in Dubai Serpenti Seduttori Tourbillon, the smallest ladies watch Tourbillon on the market which complements Diva Finissima Minute Repeater, the thinnest chiming ladies watch available on the market. Complication and records are without genders at Bulgari.” 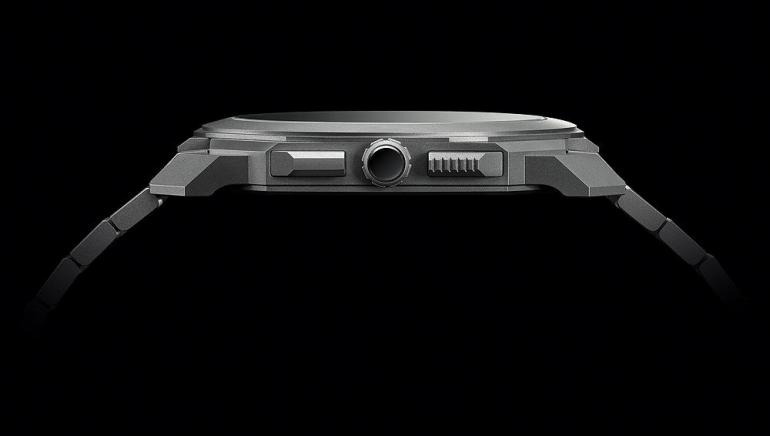 The 42mm case of the watch is crafted out of sandblasted Grade 5 titanium and features a transparent case back that puts the incredibly thin movement on display. What’s incredible is that it measures only 7.4 mm in total thickness. Powering the watch is the Caliber BVL 388, which is just 3.5 mm in thickness despite having a total of 388 components and packing all the complications. To achieve the incredible thinness, the movement is integrated directly into the case. Although the movement is based on the BVL 288 of the Octo Finissimo Tourbillon Automatic, it had to be completely redesigned to add the chronograph complication and took two years of technical development. It offers 52 hours of power reserve. Only 50 examples of the Octo Finissimo Tourbillon Chronograph Skeleton Automatic will be made and will retail for $142,000 apiece. 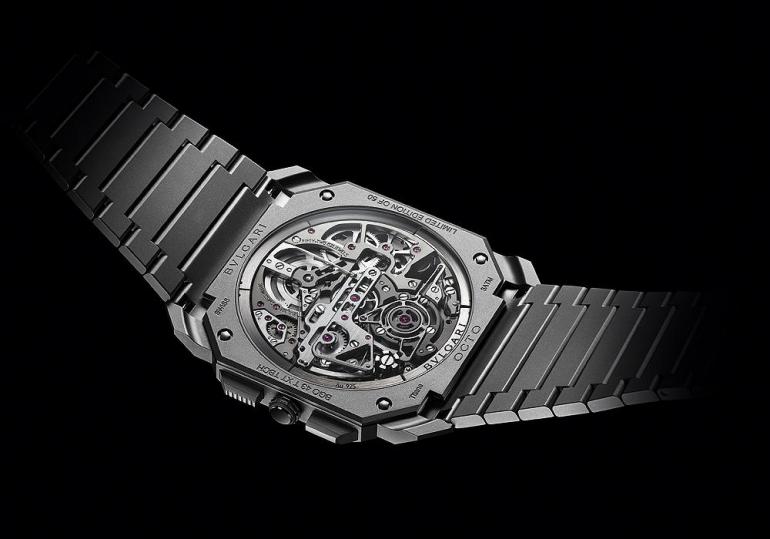 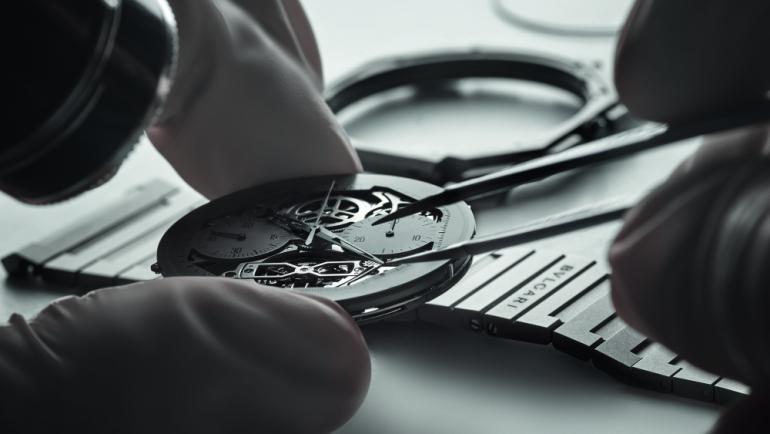 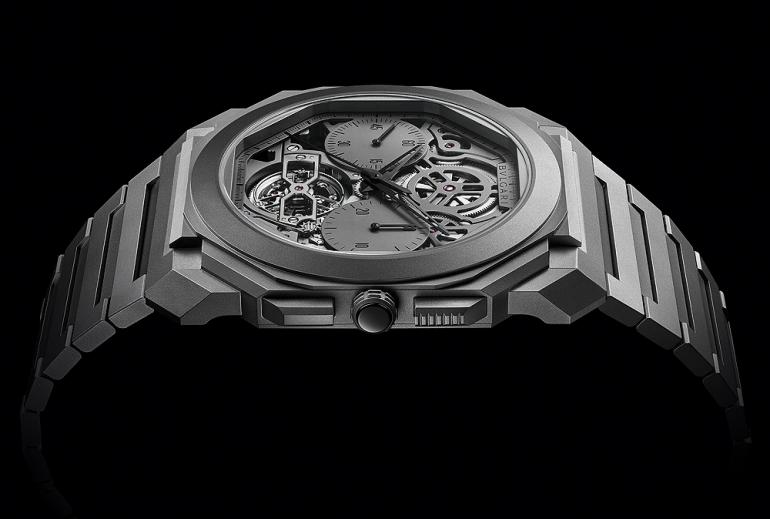 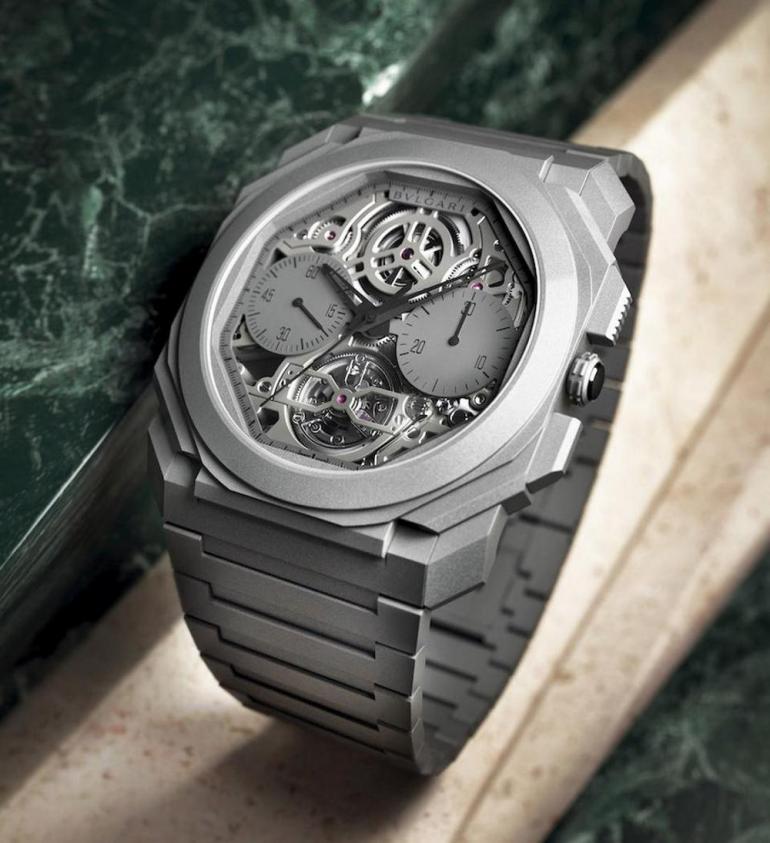 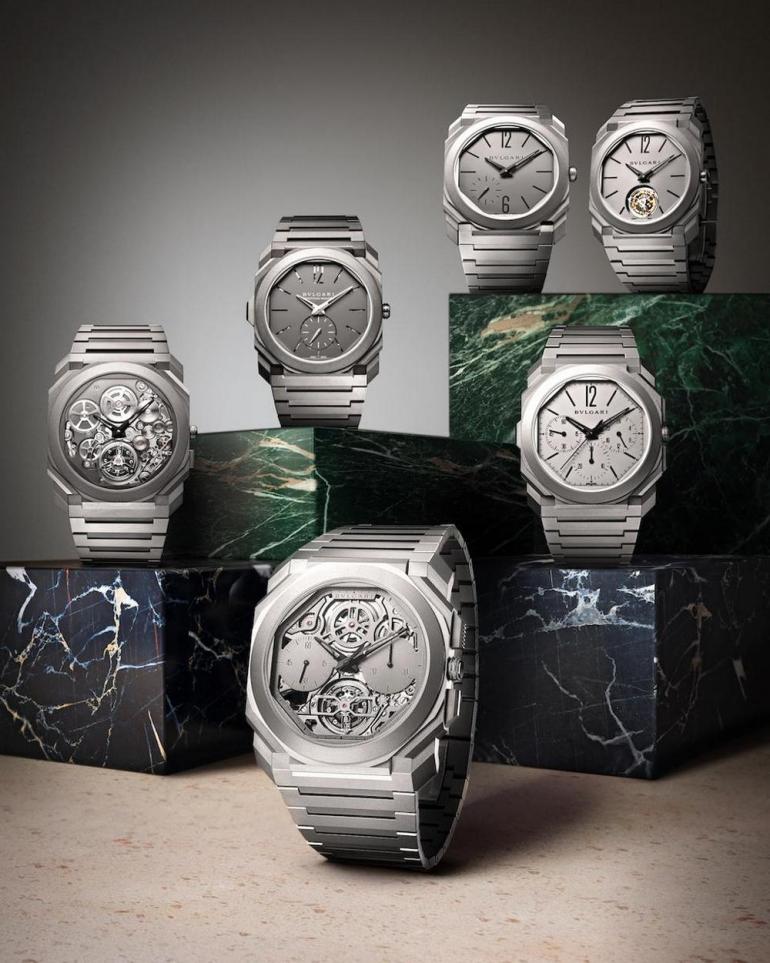