A little more than two decades ago, Ulysse Nardin created a stir in the watchmaking industry with the pioneering Freak timepiece. The avant-garde wristwatch was the first to use silicon parts in its movement, while its complex mechanicals and over-the-top construction made jaws drop to the ground. The Swiss luxury watchmaker that recently became an independent entity revealed a new iteration of the disruptive timepiece at the recently-concluded Watches and Wonders 2022 trade show. Called the Freak S, this is quite possibly the coolest version of the watch thanks to the minute hand on the dial that is designed to look like a spaceship floating in space with glittering stars in the background. The design of the Freak S also harks back to the original timepiece by doing away with a conventional dial, hands, and crown. 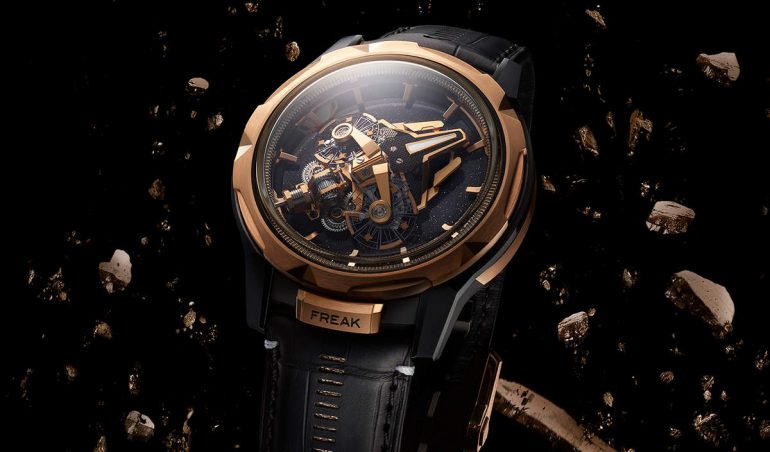 The 45mm-wide case of the Freak S is made from 18k rose gold and black DLC-coated titanium and is water-resistant to 30 meters. Except for the Freak X models, all other versions came with crown-less cases and the new Freak S follows the same formula. Time can be adjusted by rotating the top bezel which is otherwise locked in place with a small tab located at the 6 o’clock hour marker. There’s a caseback crown that will let you manually wind the mainspring. Housed inside the case is the in-house caliber UN-251 automatic movement that is equipped with two balance systems operating at a frequency of 2.5Hz. This helps the movement offer a power reserve of 72 hours. It also features the brand’s proprietary “Grinder” winding system that debuted on the Freak Vision a few years ago. Instead of using a conventional oscillator to wind the watch, the system utilizes even the slightest movement of the wrist to self-wind the mainspring. 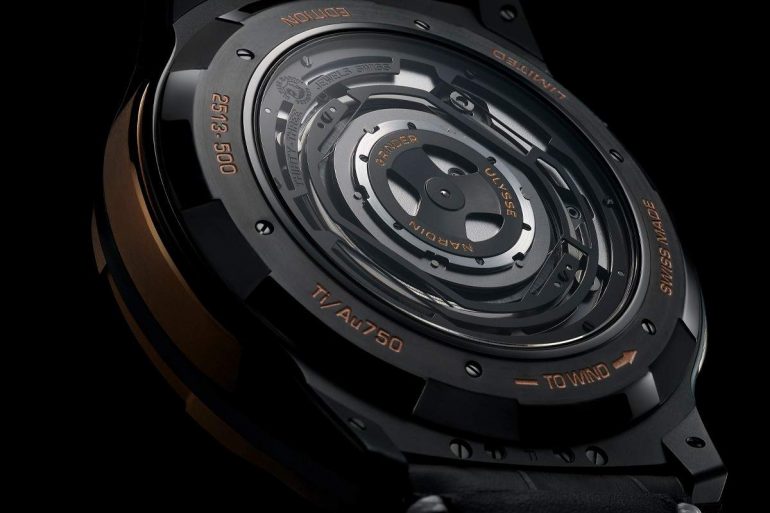 The highlight of the Freak S its new dual silicon balance system that uses a new vertical differential system. The oscillators are inclined at a 20° angle and placed in two different planes. The oversized balance wheels are made of DiamonSIL, a material that was developed in 2007 and patented in 2009 by Ulysse Nardin. It is created by combining synthetic diamond and silicon which helps minimize its mechanical resistance to friction and shocks. The running train and regulation system of the watch is sculpted in a way to appear like a spaceship straight out of a sci-fi movie. The deep blue aventurine creates a star-speckled canvas for the spacecraft. The timepiece is fitted with a two-tone black alligator with a calf-leather strap and a deployant clasp system. The reference 2513 500LE 2A BLACK 5N/1A Freak S is limited to just 75 pieces and is priced at $137,200. 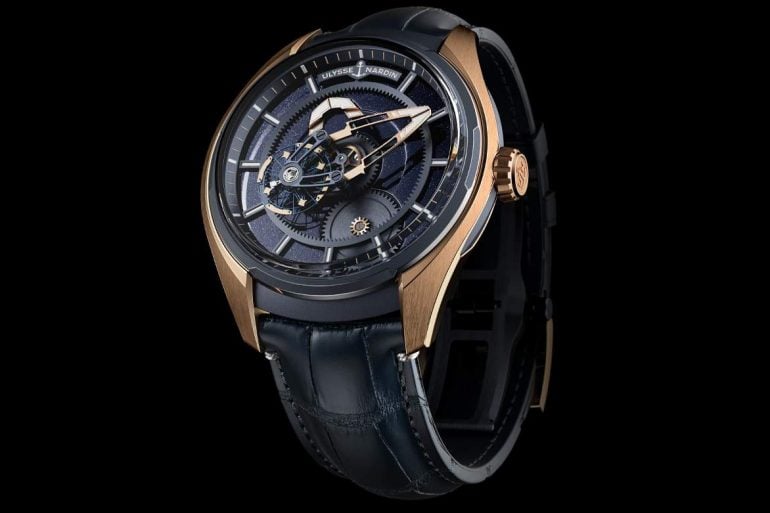 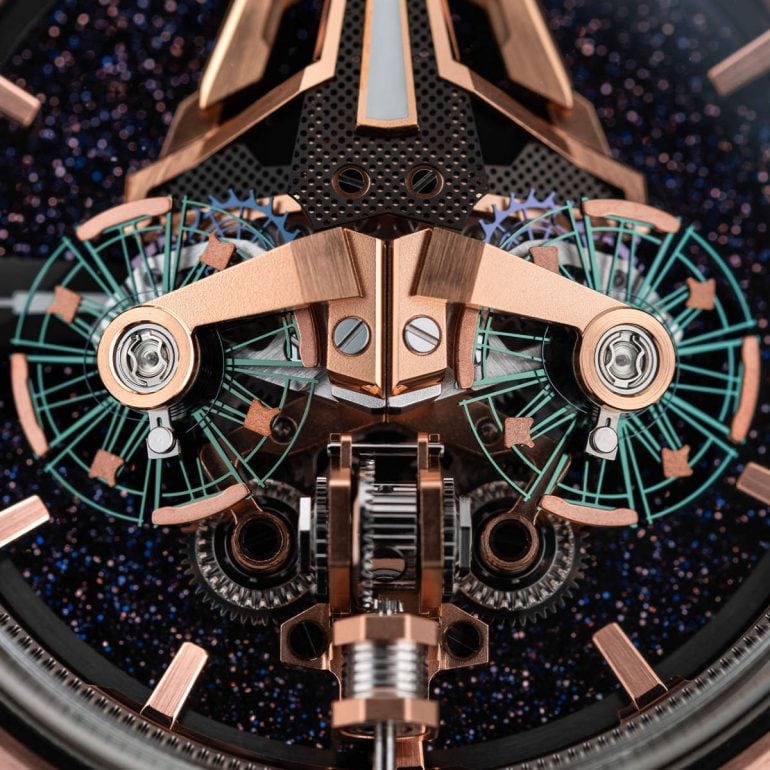 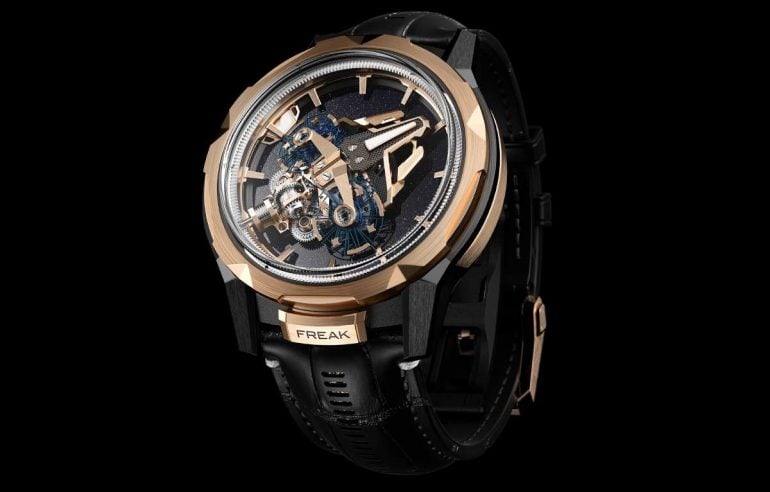 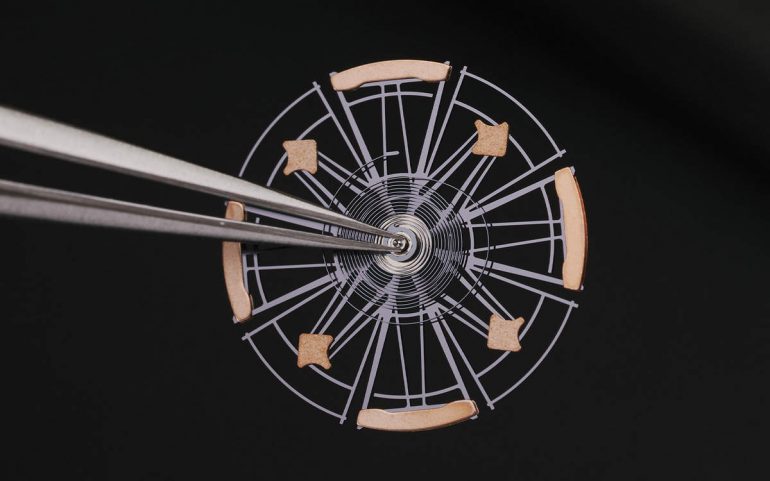 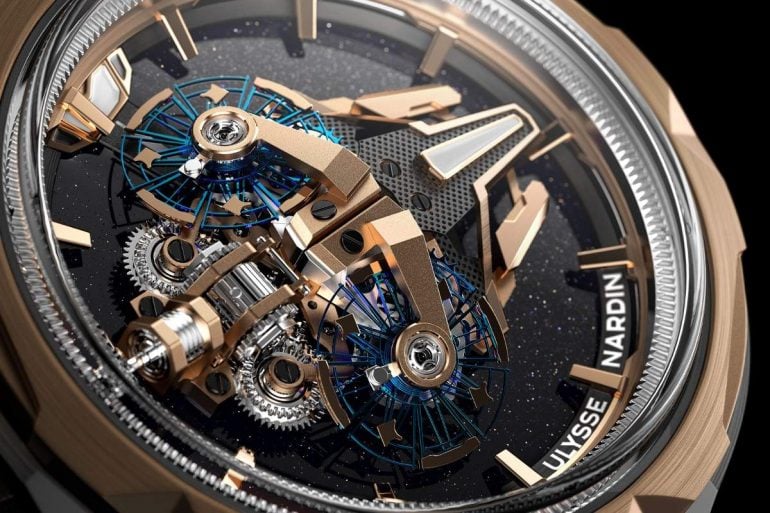 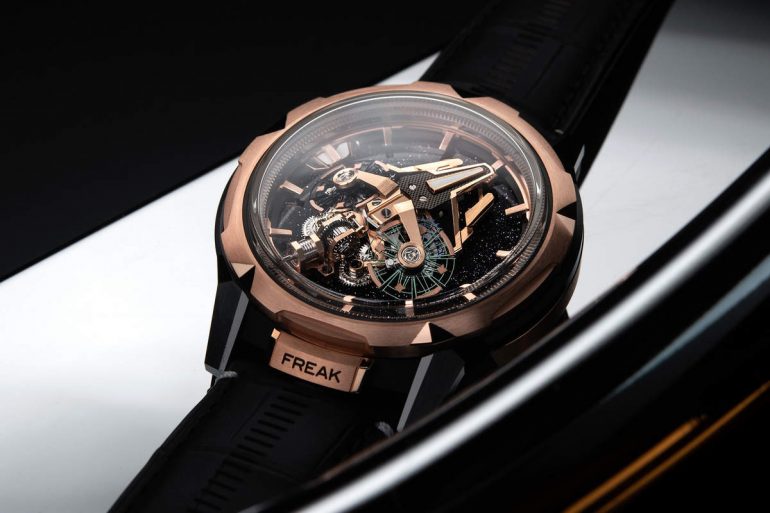 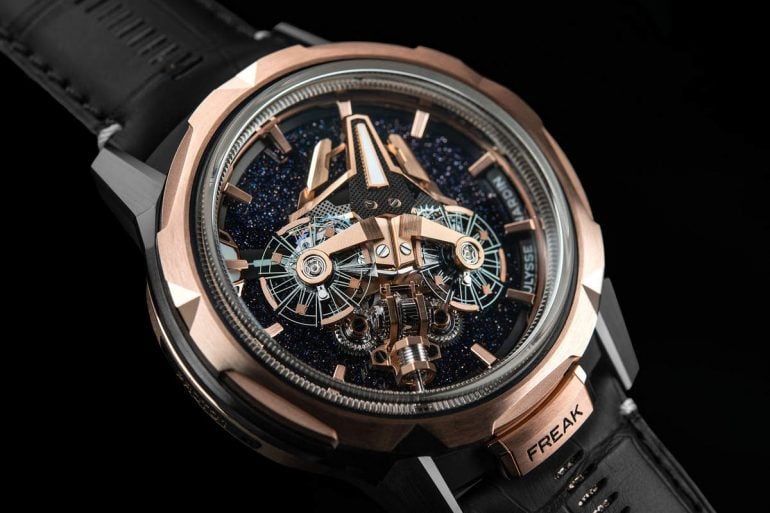 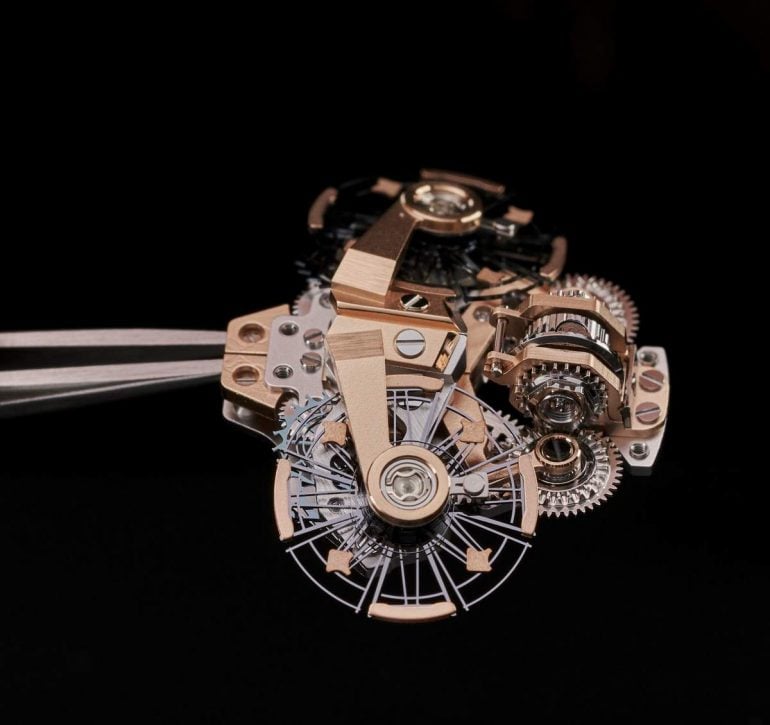