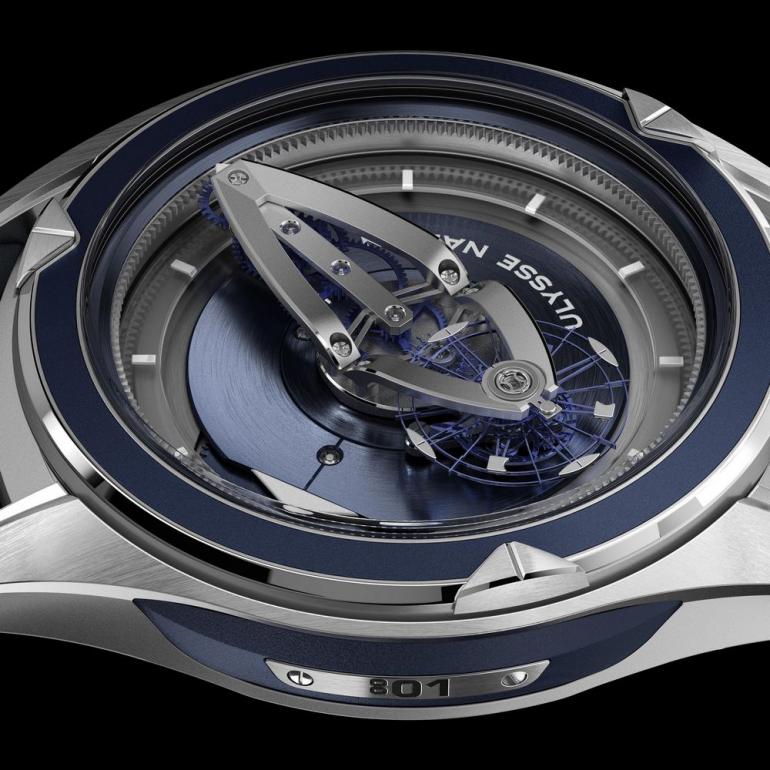 Now, 17 years after the creation of the first Freak, the newest iteration continues with the same tradition with its incredible transparency based aesthetics and highly impressive technical innovations. The most important technical innovation in the Freak Vision is the escape wheel, which is made of a combination of silicon and solid nickel elements. The blades of the balance wheel are oriented in such a way that air resistance is exploited in order to ensure more constant amplitude. The 3D-carved upper bridge of the watch is inspired by a boat’s hull and is new on the watch. Additionally, a box-domed sapphire allowing for a thinner middle area and bezel, and an entirely new case in Platinum measuring 45mm differentiate it from the concept version. The Ulysse Nardin Freak Vision is priced at 95,000 Swiss francs (approximately $99,000USD).

Tags from the story
SIHH-2018, Ulysse-Nardin