Trust Vacheron Constantin to blow your mind by making watches that are artistic enough to deserve a place in a museum. The Métiers d’Art Tribute to Great Civilisations features dials inspired by the great civilizations of antiquity, found at the world’s largest museum, the Louvre. The latest collection is a visual, time-telling treat for art connoisseurs and history buffs, as it brings the iconic Louvre to your wrists. Each of the four new watches is a limited and numbered series of five that taps into the favor of those with a penchant for the rare, refined, artistic objects in life. It will excite connoisseurs to learn this collaboration references a piece in the museum’s collection of antiquities. From the Grand sphinx de Tanis, Lion de Darius, and Victoire de Samothrace to the Buste d’Auguste, watch lovers will witness the coming together of art and technique on the 42mm watches. 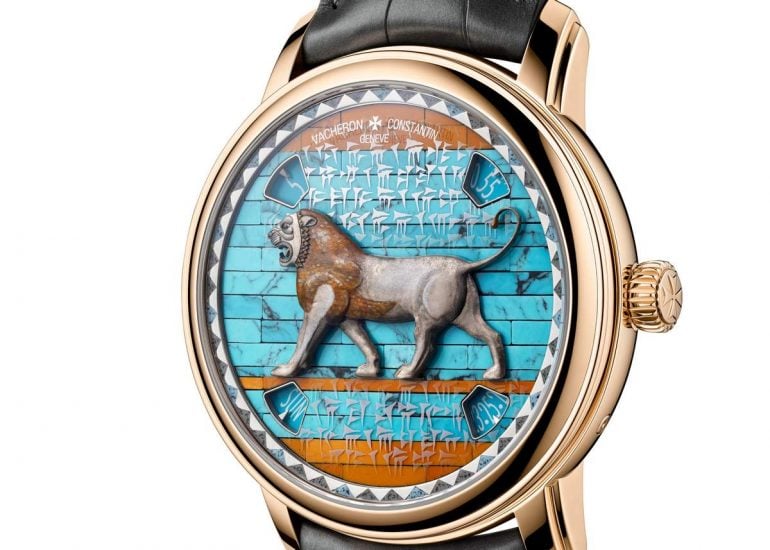 The legendary Louvre has been home to The Great Sphinx de Tanis since 1826. The blue-black enamel dial draws inspiration from the necklace of ancient Egyptian astronomer and scribe Nakht-khonsou-irou. The dial is highlighted with a hand-engraved sphinx at the dial’s center. The necklace is accentuated using champlevé enamel petals, with some purposefully aged to depict wear of time. The watch also features hieroglyphics of the text, “The king of Upper and Lower Egypt Ba-en-Ra-mery-Amon.” 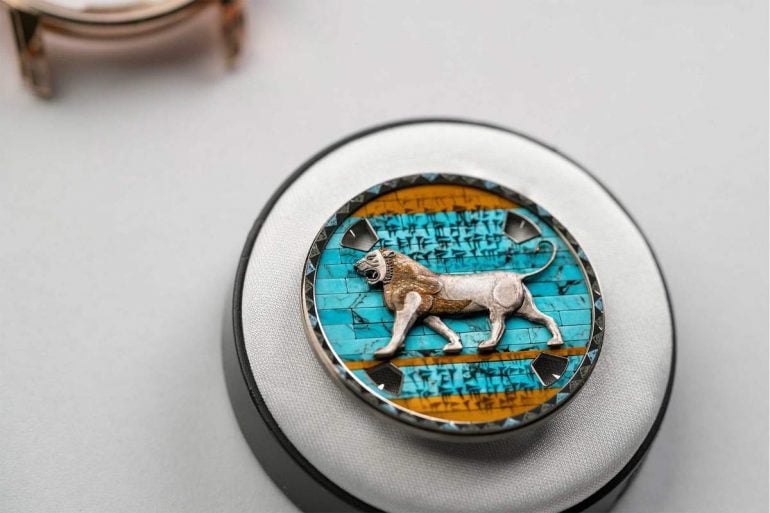 Yet another vision in blue is the Lion de Darius timepiece which captures the artistic essence to the T using stone marquetry. In this technique, patterns are formed and assembled with stone fragments. Incredibly time-consuming and fragile, it’s a technique not often found in watchmaking. Engraved metal and champlevé enamel are used in this version and encouraged by the Frieze of Archers and the enameled lion. 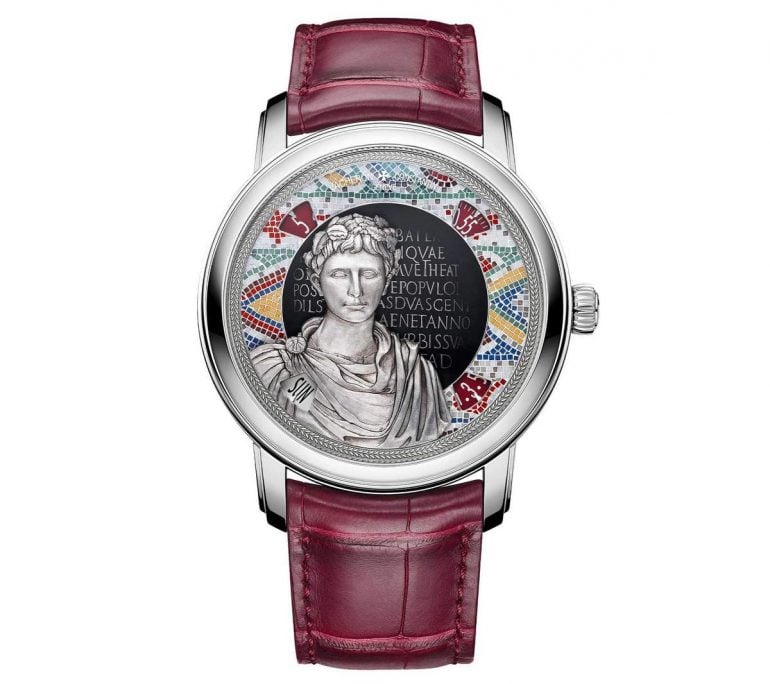 The Victoire de Samothrace, or Winged Victory, is an instantly recognizable element of the iconic museum, exhibited at the top of the main staircase since 1884. The watch compliments the creation with a seemingly simple brown dial that flaunts a painstakingly done grisaille enameling on the outer dial glimpsed in the style of Greek vases. As per Hodinkee, the sapphire features “a list of Athenian initiates to the mysteries of the Great Gods of the island under the guidance of a certain Socrates.” 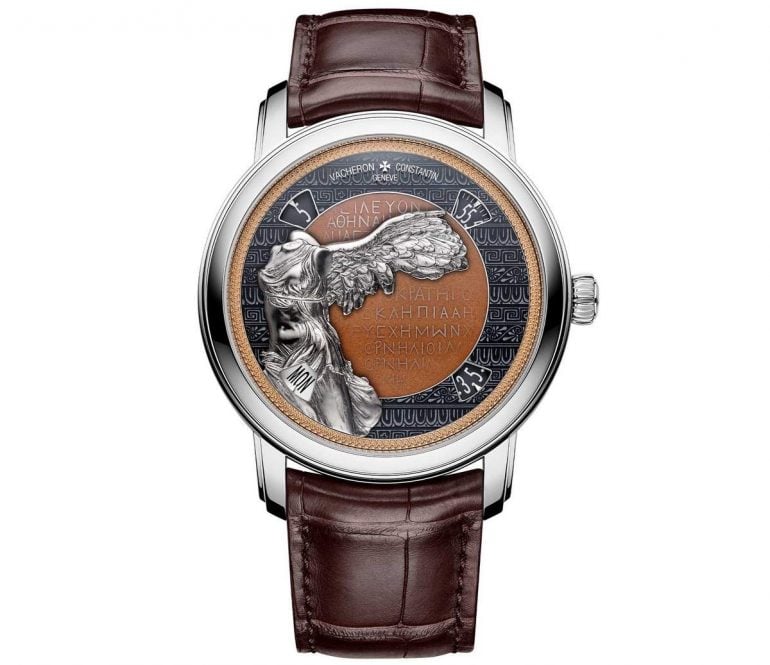 Last but not least is the fourth installment of the Métiers d’Art Tribute to Great Civilisations- Buste d’Auguste timepiece. The famous bust of Octavian Augustus, from The Roman Empire of the Julio-Claudians, makes its way to your wrists. The beautiful watch uses a combination of carved gold applique for the bust and stone micro-mosaic and vibrant enamel for the dial. The striking mosaic detail uses no less than a whopping 660 stones to craft the stunning motifs. All renditions come in a pink or white gold case and are powered by the self-winding caliber 2460 G4/2 with a complex display. 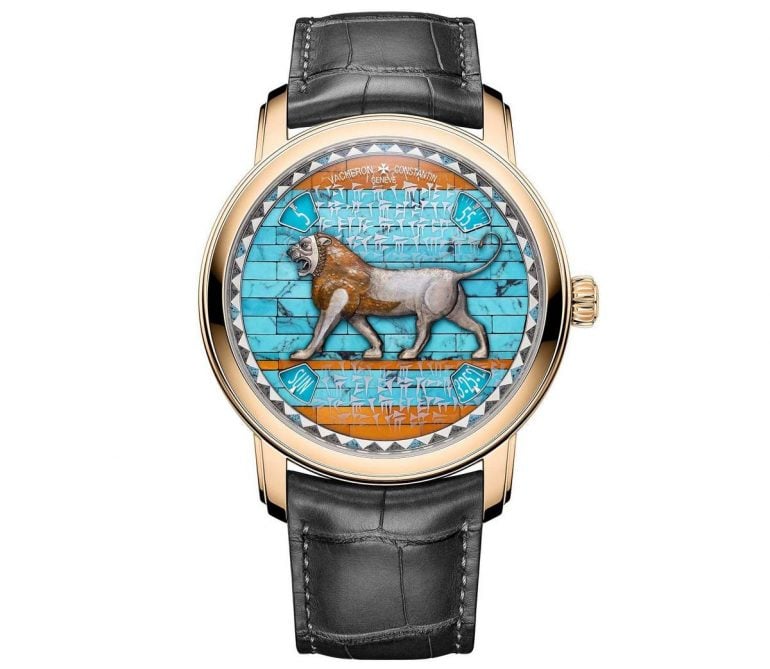 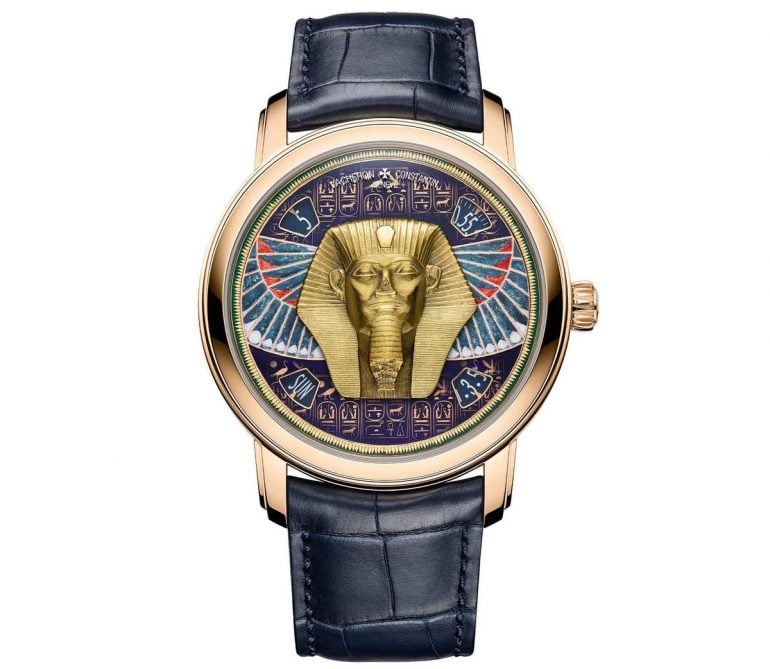 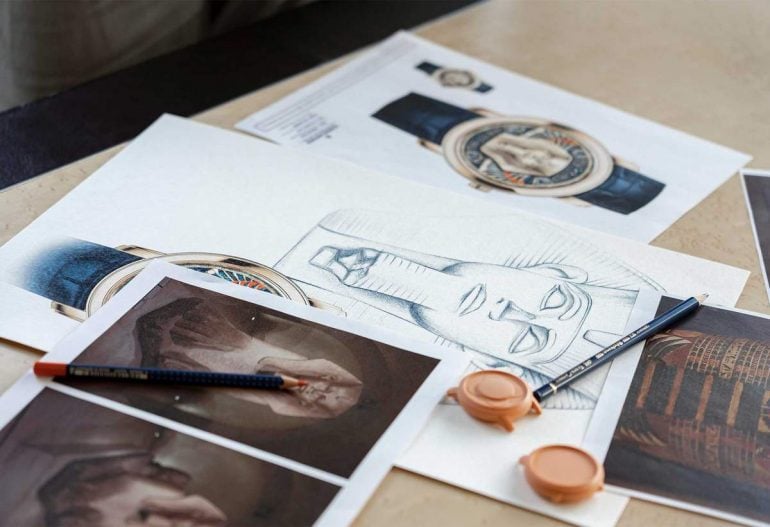 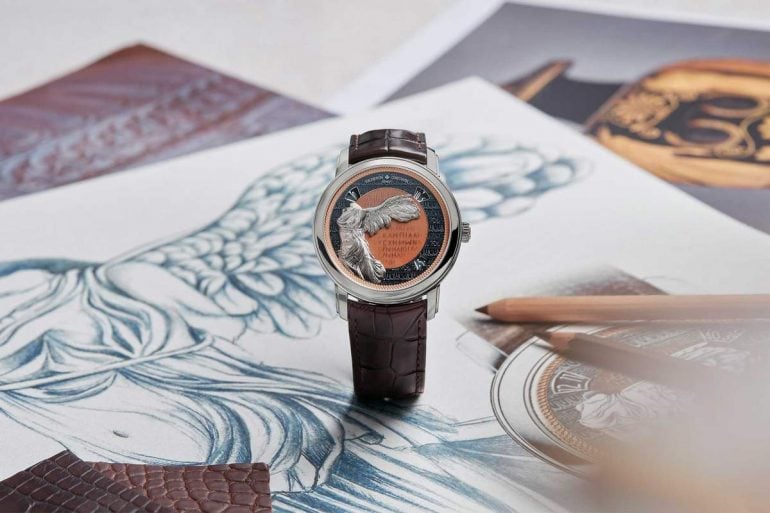 Tags from the story
Louvre, Vacheron-Constantin