This is the mother of all jewellery auctions – highest amount, in record time. The oh-my-gracious blue stone Oppenheimer diamonds was sold for a whopping $57,541,779 to an unidentified source, in 25 minutes. This is called simple shopping. Get in, pick up, pay, walk out. Clean and efficient job. This is what took place at the Christie’s Magnificent Jewels auction that was held in Geneva yesterday. People were just getting warmed up when Christie’s international head of jewellery Rahul Kadakia slammed the hammer on the sale. There was some climax though, as the 20 minutes of the 25 was a battle between two bidders – both over the phone. 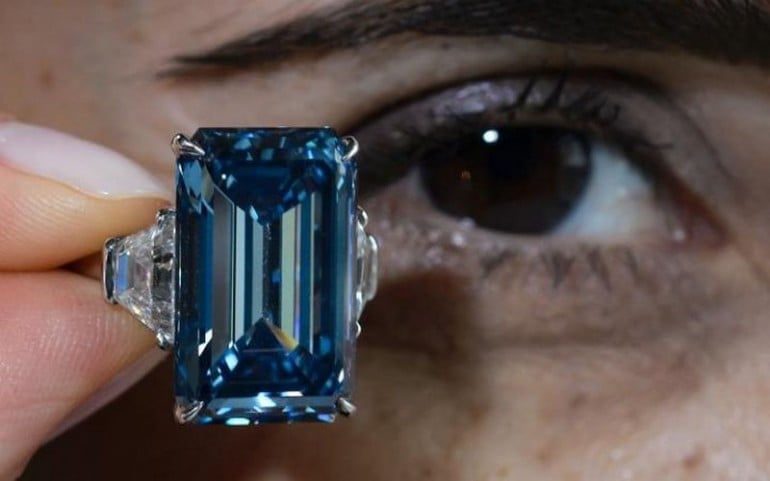 Now what was this fuss all about? Flashback: Oppenheimer got its name from Sir Philip Oppenheimer, whose family controlled the DeBeers Mining Company. He oversaw the offshore business, and had gifted this 14.62 stone to his wife (oh to be born as her). It was his most favourite diamond, shining in a rich, vivid blue that was quite rare. It is claimed to be the largest Vivid Blue diamond to ever be put up for auction. Wonder who bought it?

Tags from the story
Diamonds, Most-Expensive