People who love Apple products love its logo just as much as the gadgets itself. They devote their time, money, and display nothing but absolute loyalty to the half-eaten apple. This is why it doesn’t strike as shocking that the most expensive LED sign ever sold is the original neon rainbow apple logo sign. Sotheby’s estimated this neon Apple logo, suspended within a square acrylic shadow box, to sell for $10,000 -$15,000 but it’s gone under the hammer for a whopping $81,250 making it the most expensive LED sign ever sold. It is believed the company’s second-generation logo, the Rainbow Logo, was in use from 1976-1998. According to a spokesperson of Neon Mama, Steve Jobs commissioned Rob Janoff to design the greatly simplified apple design featured here. The neon sign is seen suspended within a square acrylic shadow box, with a transformer at the top, and a white metal bar bolted to back and measures approximately 30 x 24 inches. 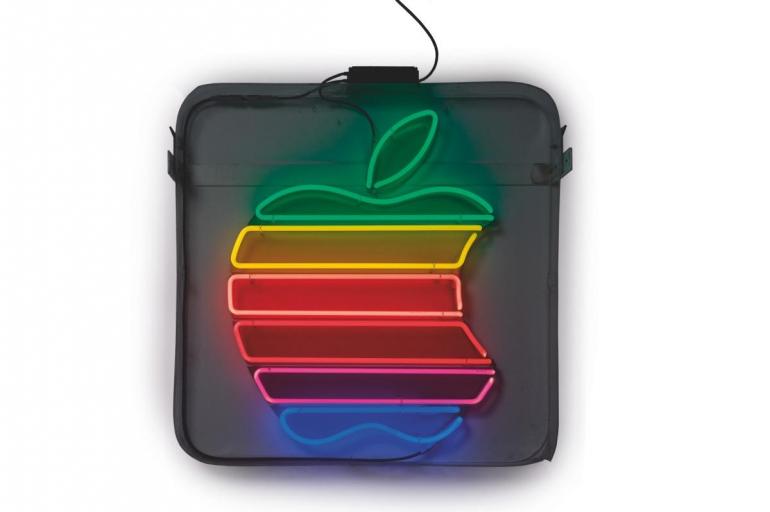 The old sign bears resemblance to the new one in the form of the bite taken out of the apple. The designer Janoff states the bitten apple was meant to demonstrate scale and to delineate the fruit from another vaguely round fruit like a cherry as opposed to other theories it was a reference to the groundbreaking mathematician and computer scientist Alan Turing who died biting a poisoned apple. The neon rainbow apple logo sign sold for approximately $81,300 bears general wear consistent with age, cracks to the plastic lip on the upper left and lower right, and has the plastic lip slightly separating along with the bottom frame.

Tags from the story
Apple, Most-Expensive