Move over Suri Cruise, its time for yet another pampered kid to take center stage, and we have TLC’s reality series, Outrageous Kid Parties, to thank for this one to see the light of day. Meet six-year-old Gracie, who just enjoyed a $32,000 birthday party! The doting mother of two, Nicole, 45, was also caught on tape asking for organizers to give her two bills, one with the incurred costs and another for $15,000, her original budget so that her husband doesn’t know the final magic figure. So what was it that attracted so much money, you ask?

Well, the invitations also earned a $3,100 price tag: $3,000 for the cards, and another $100 to bribe the girl’s teen brother Parker to dress up in a medieval costume to deliver 200 invites in person. The cake to feed all these people featured nine tiers, costing another neat $2,100. With help from planner Suzanne, the Cinderella-medieval princess themed party saw 42 floral centerpieces, a Cinderella carriage, and hordes of jugglers and jesters. Take about spoiling someone silly! 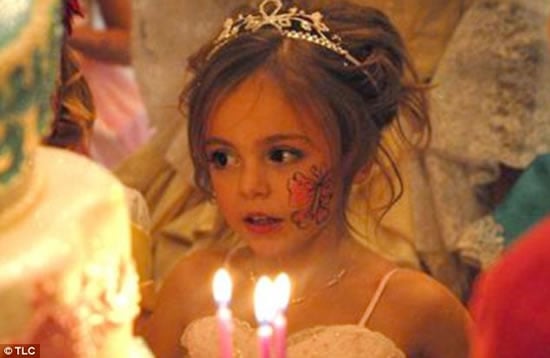 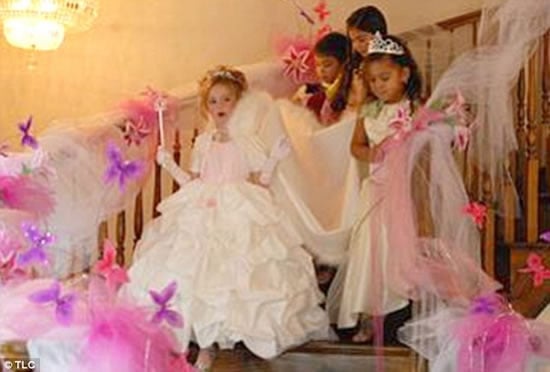 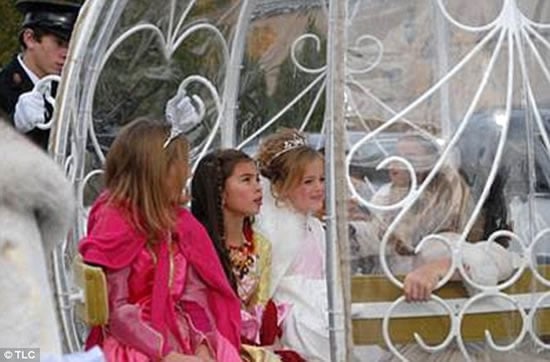