Banksy’s art is revolutionary, quirky, and every bit worth the price it commands. Proof of it is the maverick’s recent take on a famous impressionist painting by Claude Monet that has garnered more than $10 million at an auction! 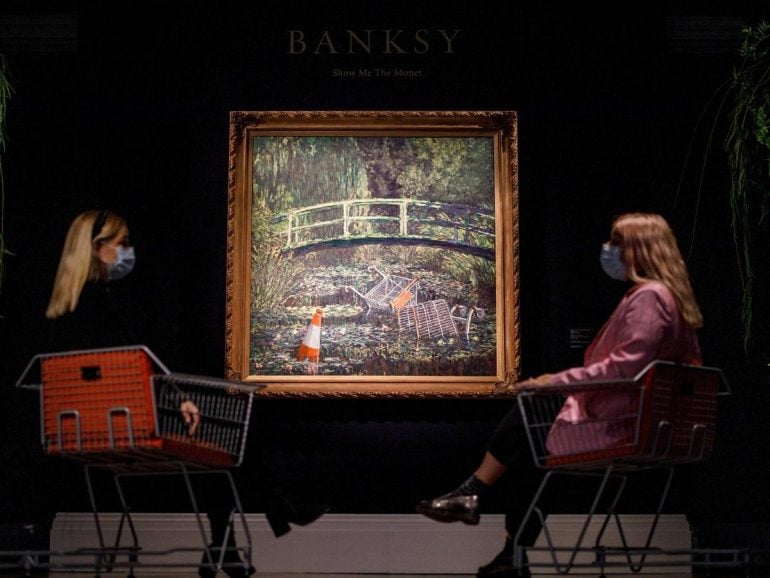 Serving as the artist’s commentary on environmental pollution, the painting titled – “Show Me the Monet” was purchased by an unidentified bidder at Sotheby’s in London for the commanding price. The artwork was crafted by Banksy in 2005 and showcases abandoned shopping carts and an orange traffic cone in addition to Monet’s original rendition of a Japanese-style footbridge and water lilies in his garden at Giverny. 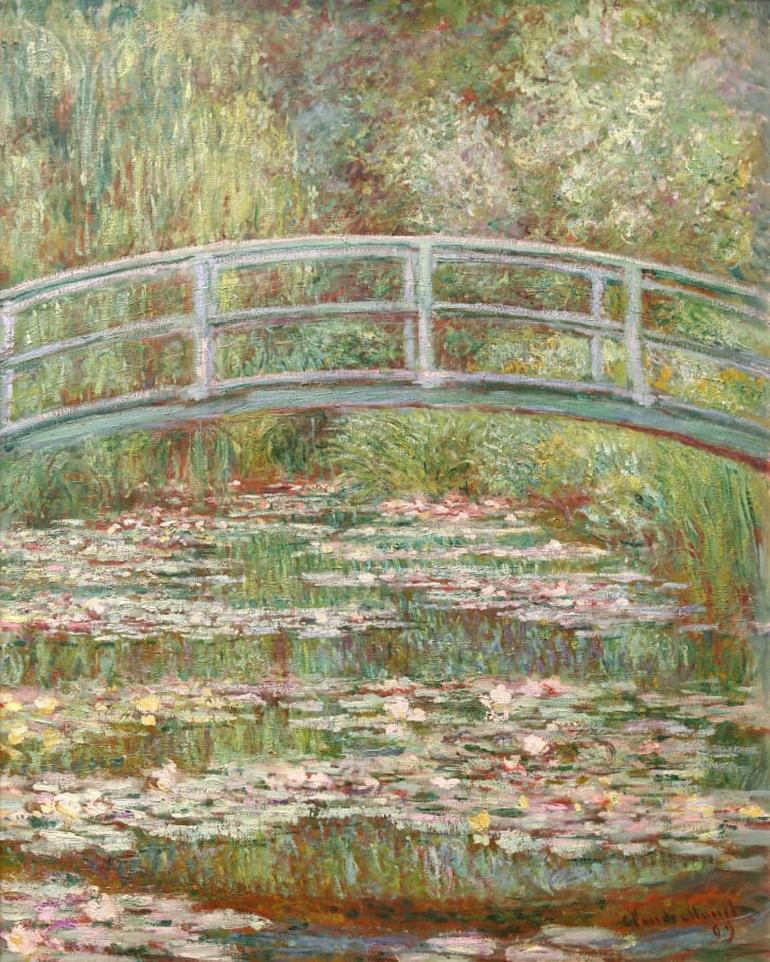 Commenting on it, Banksy, in 2005 (according to Sotheby’s), said, “The vandalized paintings reflect life as it is now. The real damage done to our environment is not done by graffiti writers and drunken teenagers, but by big business… exactly the people who put gold-framed pictures of landscapes on their walls and try to tell the rest of us how to behave.”

The painting was offered as part of the “Crude Oils: A Gallery of Re-mixed Masterpieces, Vandalism and Vermin” exhibition alongside other reimagined pieces of Banksy art. It was sold for almost double its pre-sale estimate. It is the second most expensive work of the elusive British artist to be sold after the Devolved Parliament went under the hammer for $12.9 million last year.