It would be a pleasure to own a Banksy painting. However, not everyone is as lucky as this anonymous gentleman who recently got his hands on the ‘Charlie Brown’ for a staggering (although well deserved) price of $4 million. 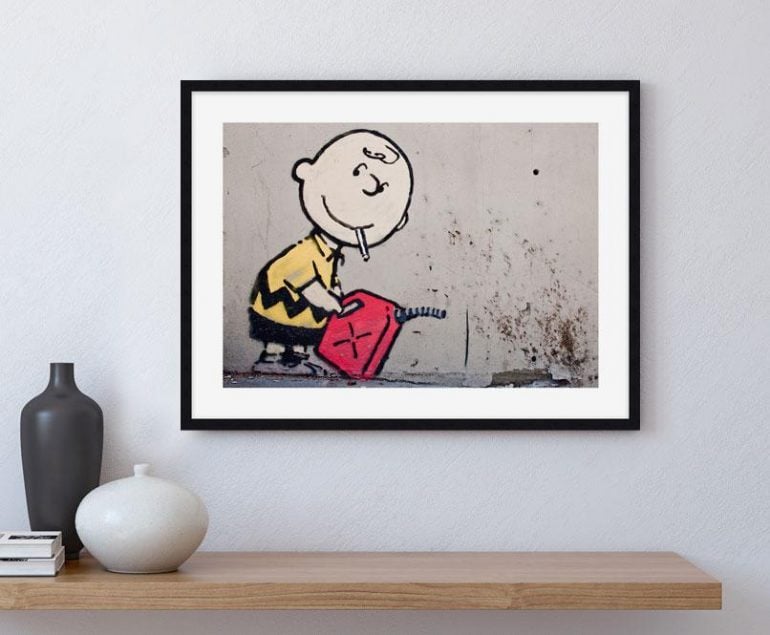 It was sold by Maddox Gallery as part of its VIP Preview sale. The contemporary space also featured the works of David Yarrow, Joseph Klibansky, The Conor Brothers, Jerkface, George Condo, STIK, Harland Miller, Invader, Bradley Theodore, and Justin Bower; however, it was Banksy’s piece that stole the day. 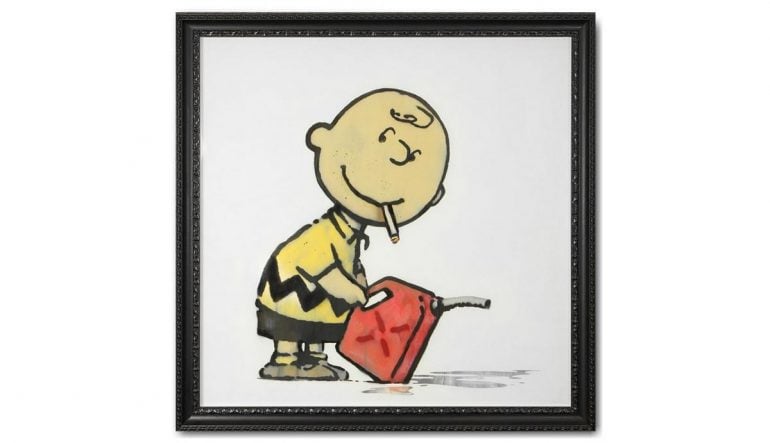 Featuring the popular Peanuts frontman with a cigarette in his mouth ready to pour gasoline on the building it is overlaid on, the piece is a sight to behold. It implies, of course, that the cartoon character caused the fire that destroyed the building on which the graffiti was found.

The artwork was first spray painted by Banksy along a Los Angeles wall in 2011. It was then reproduced on luxurious 100% cotton rag textured art paper using archival quality inks. Other pieces sold alongside the ‘Charlie Brown’ included Keep it Real, Flower Thrower Original, Stretched Pulp Fiction, Rat at Heart, and more.
All in all, it’s art for the win!