Auctions are a fantastic venue to behold the discovery of history. It’s the one place where you witness the world that was and how much it contributed to what the world is today. One such fine example coming up at a Christie’s auction is a microscope owned by Charles Darwin. After being treasured and passed through his family for almost 200 years, it is expected to sell for up to $485,000 when it goes up for auction in December. British naturalist Charles Darwin is credited for the theory of natural selection and is one of the most influential figures in human history. Without him and his microscopes, the theory of evolution, as we now know, wouldn’t exist. 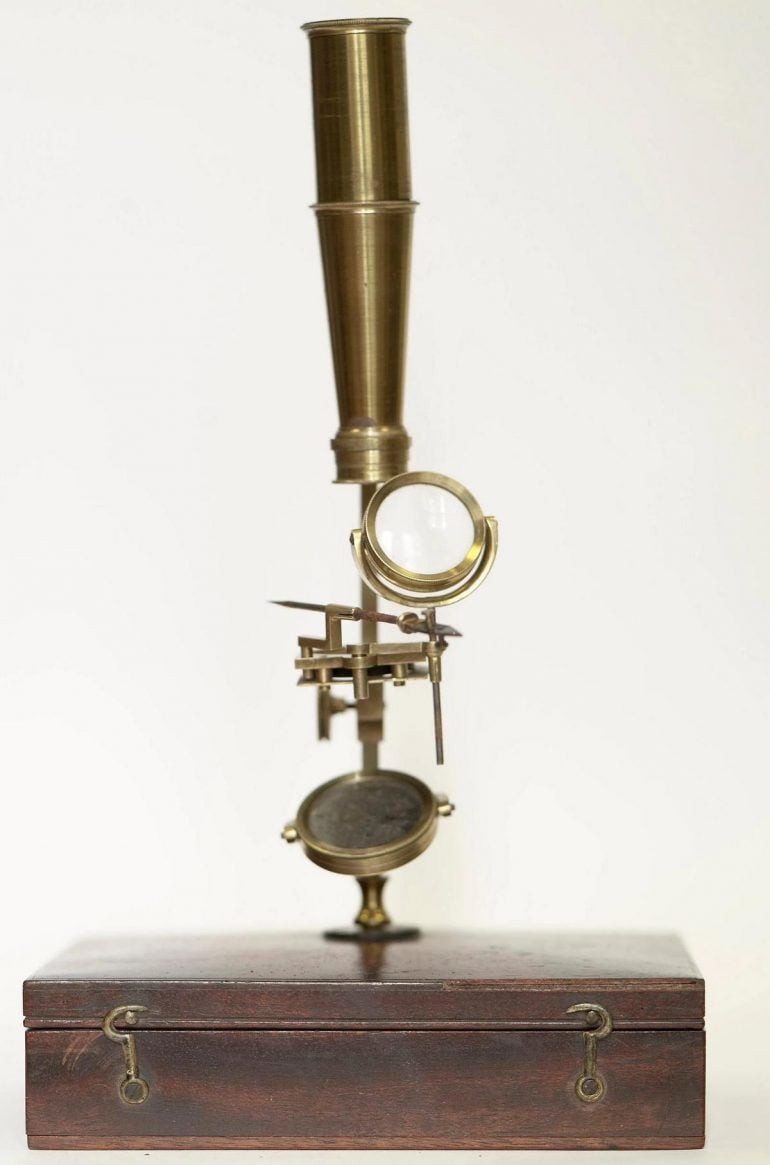 All this makes the microscopes even more valuable as we owe them the many scientific discoveries that unified the theory of life sciences. Getting back to the microscope up for sale was initially presented to Charles’ son, Leonard. It is one of six instruments owned and used by Darwin when he was working on corals, sea anemones, and sponges from the Firth of Forth. From Leonard Darwin, the apparatus was passed on to his great-nephew, Edward Leonard Darwin, in a Mahogany box. Dailymail shares the thoughts of Christie’s head of Scientific Instruments, Globes & Natural History, James Hyslop, ‘It is just incredibly spine-tingling to look through this and see the microscopic world that Darwin would have seen in the 1820s and 30s.”

He continued, ‘Later in his life in 1858, there’s a wonderful letter that he writes to his eldest son saying young Lenny was dissecting at his microscope, and he said, “Oh Papa, I should be so glad of this for my whole life. “It’s wonderful to have that family connection of Charles Darwin just before he becomes internationally famous.’ This is truly a treasure for Darwinians, as it is the one and only Darwin microscope to make it to an auction block. The microscope will be offered at Christie’s Valuable Books & Manuscripts auction on December 15 for a price estimate of $343,050 – $480,270.