If you are feeling rich and itching to buy something phenomenal then how about a 67 million years old T. Rex skeleton cutely nicknamed Stan? Christie’s auction is giving the world something more than trinkets and art; it’s a 13 feet high and 40 feet wide Tyrannosaurus Rex as part of its Evening Sale of 20th Century Art. Your fantasies of bringing home a dino-pet like Fred Flintstones or reliving ‘The Lost World’ in your backyard could probably come true only it’s not alive (fortunately). Named Stan in honor of Stan Sacrison, the paleontologist who first found the skeleton’s partially unearthed hip bones, the prehistoric creature is described as “an extraordinary surviving specimen from approximately 67 million years ago. Stan is one of the largest and most complete examples of a T. rex, with 188 original bones. Stan also gives the world the most complete skull of the T. Rex examples with as many as 58 teeth and eyes big as baseballs. Stan has spent his after-discovery life in ‘The Black Hills Institute’ where he was closely studied and displayed for two decades. It is now set to go under the hammer (not literally) for a bone-crushing estimate (pun intended) of $6 million-$8 million. Stan is currently the star garnering all the attention at New York Rockefeller Center showroom as Christie’s has blown out walls to provide passersby with uninterrupted views of this massive skeleton from the sidewalk on 49th Street. 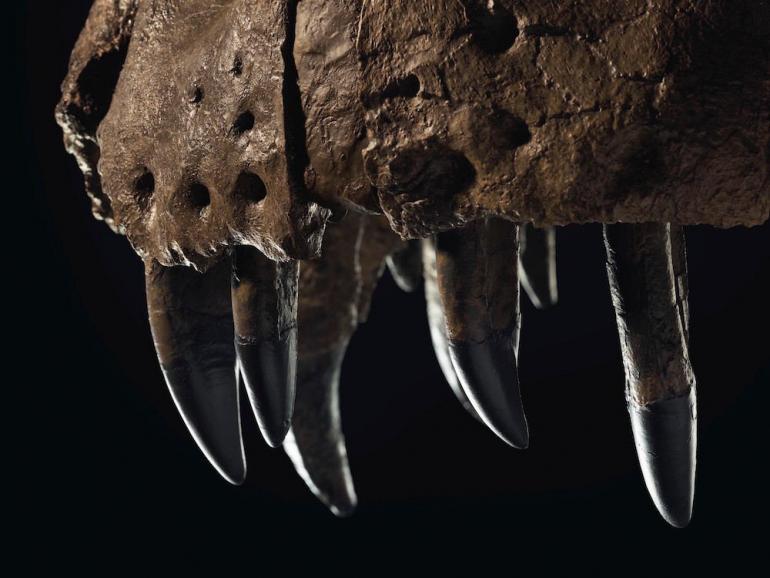 For those wanting to see this skeletal marvel up close, you can book a slot for in-person viewings at the gallery that can be requested with an email to [email protected] It will be on view until Oct. 21st.

Tags from the story
Christie's, Skeleton