Sneakerheads listen up! Christie’s is auctioning some of Michael Jordan’s rarest game-worn sneakers. For those who felt dejected after losing out on Michael Jordan’s signature Air Jordan shoes from 1985, the legend’s game-worn collectibles are coming back. If you can’t decide what you love more sneakers, Michael Jordan or basketball, then this auction certainly needs your special attention. On Thursday, Christie’s Auction House and Stadium Goods announced they are partnering on a unique sale offering “the most comprehensive sneaker record of Michael Jordan’s era-defining Chicago Bulls career.” Jordan sneakers have been the ‘IT’ thing at auctions this year and it looks like a planned move to attract a younger audience. What better than Jordan to have that kind of impact? The first lot includes 3 pairs of notable Jordan-worn sneakers. The spotlight of the sales is on a pair of 1984 Nike Air Ship high-top sneakers that were worn during Jordan’s rookie year. The shoe is expected to fetch anything between $350,000 to $550,000 and includes his famous mismatched size 13.5 left shoe, and size 13 right. The second pair is Air Jordan 7′s that were worn in the 1992 gold medal game against Croatia. The sneakers were sourced from a hotel receptionist at the Ambassador Hotel where the Dream Team stayed. They were gifted to her for running errands for the team during their stay in Barcelona. The Size 13 pair of mid-top sneakers is expected to sell for $50,000 to $70,000.

Christie’s has only announced three of the 11 lots that will be available. The rest of the items will be available for browsing beginning July 23 and the auction starts only on July 30-August 13. A share of proceeds from the sale’s top lots will be designated to the NAACP Legal Defense Fund. 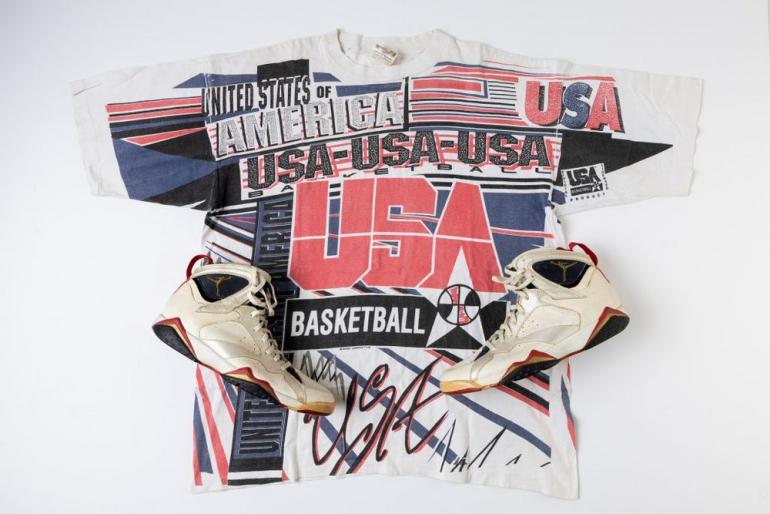 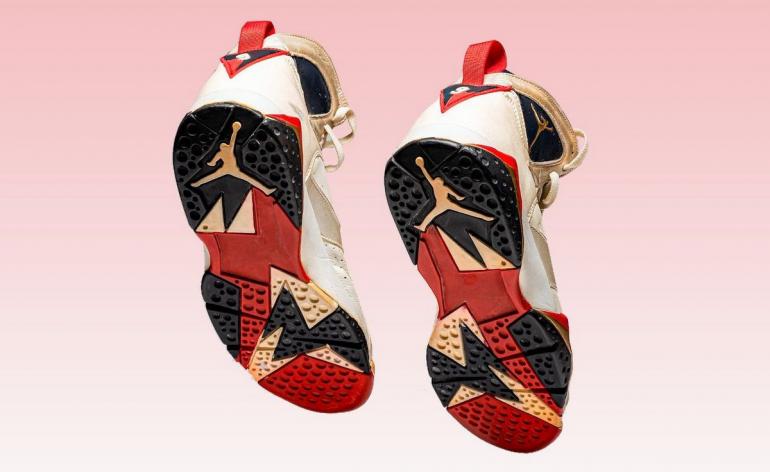 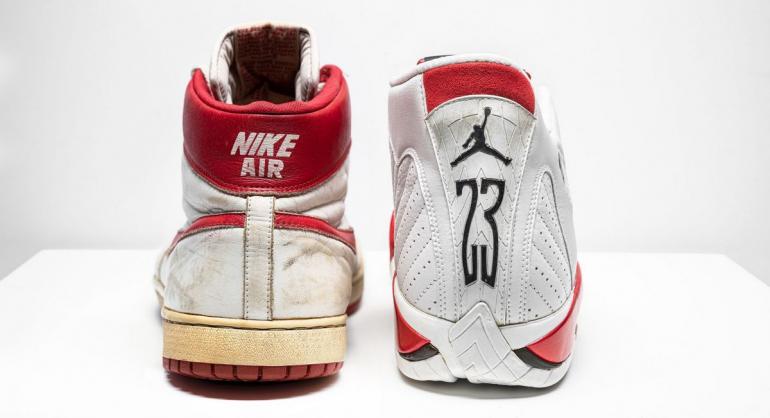