This outlandish, color-shifting McLaren Elva supercar is set to hit the auction block in a few weeks and is expected to fetch anywhere between $2.6 million and $2.75 million. That’s an awful lot of money for a car that doesn’t even have a roof to save you from getting wet on a rainy day. But there are some very good reasons why this roofless McLaren supercar might even end up fetching north of $3 million. Revealed in 2019, Elva is the fifth supercar in the McLaren Ultimate Series, joining the iconic F1, the P1, Senna, and the Speedtail. According to the British high-performance carmaker, the supercar is directly inspired by the open-top race cars developed by Bruce McLaren in the 1960s. 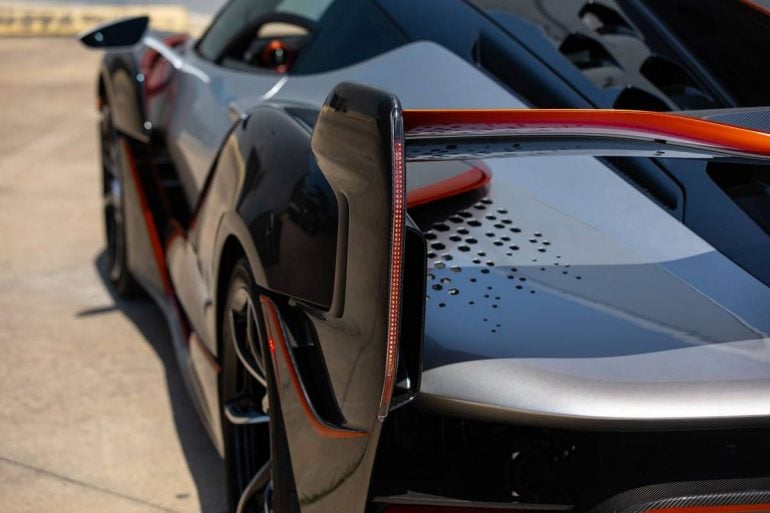 The McLaren Elva came at a time when the world of supercar collectors started obsessing over roofless, limited-production supercars such as the Lamborghini SC20, Ferrari Monza, and Aston Martin Speedster. The British marque decided to cash in on the hype by creating its own open-top supercar by using the Senna as the base. 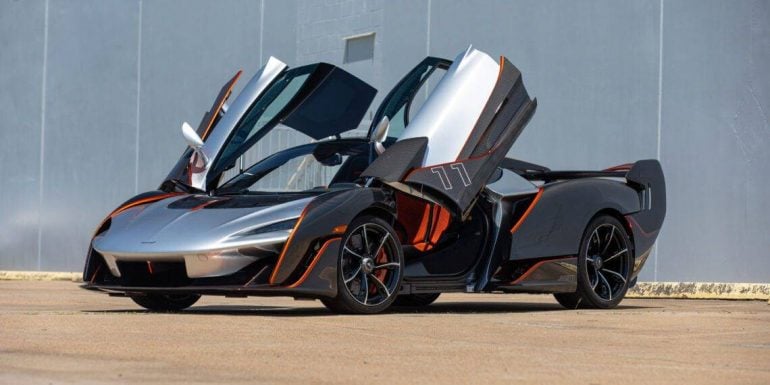 McLaren had originally planned to build 399 examples of Elva, which was later reduced to 249 on the request from customers demanding more exclusivity for the limited-production model. However, McLaren further cut production to just 149 examples, making the Elva a very rare supercar. The example up for auction is number 122. 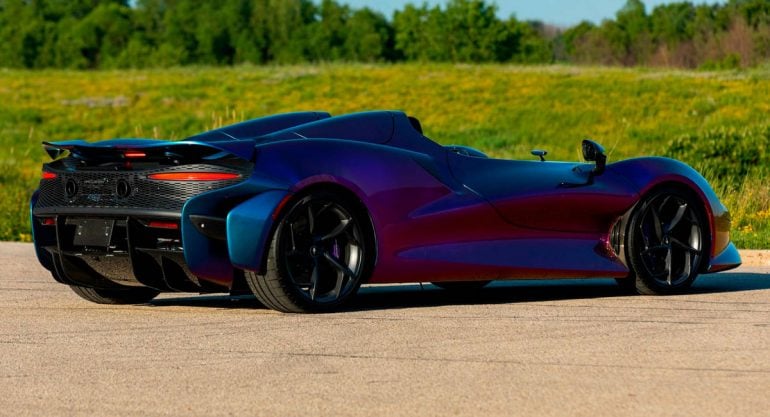 What makes this particular Elva special is its chameleon-style paint which McLaren prefers to Pacific Color Stream. The paint appears to color-shift between tones of blue, purple, pink, orange, and red, depending on the angle of light reflected by the surface. The cabin is decked out in black ‘Ultrafabric’ and exposed carbon fiber surfaces. 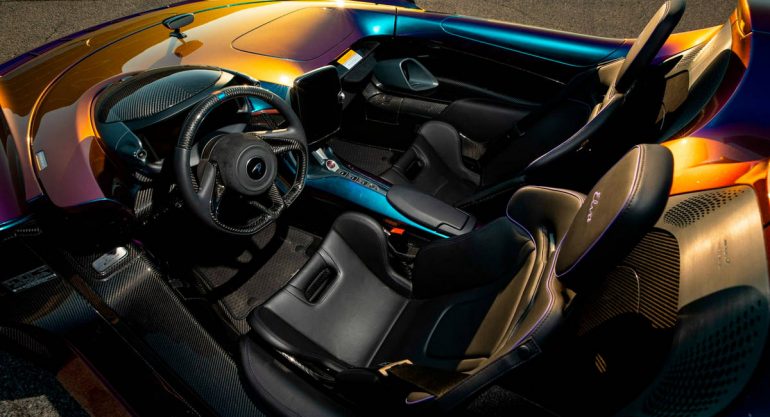 Weighing in at 2,641lbs., Elva is the lightest production road car by McLaren ever. It is powered by McLaren’s 4.0-liter twin-turbocharged V8 that produces 804hp and 590 lb-ft of torque. The supercar will be one of the main attractions at Mecum’s upcoming Monterrey auction. 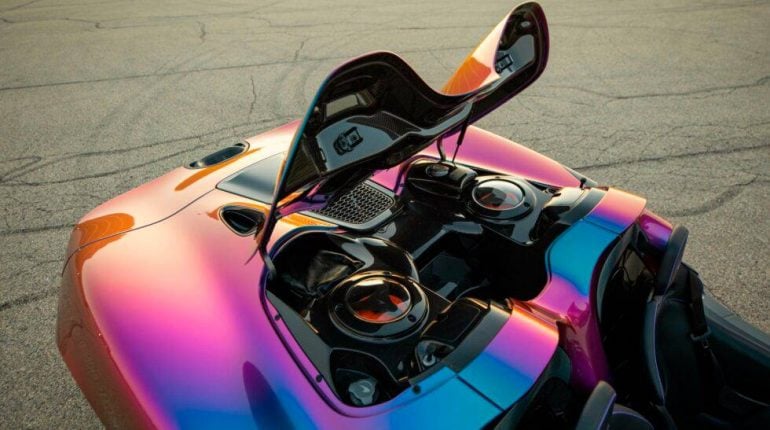