Wouldn’t Donald Trump love to get back the keys to the White House or the fancy fleet of Cadillacs? Clearly, that’s not happening but what he has a chance to get his hands on are a couple of his old cars coming up for sale. Trump’s very own 2007 Ferrari F430 and a 2010 Rolls-Royce Phantom will be crossing the block at the Mecum Auctions Kissimmee event in January in Trump’s new home state of Florida. Surprisingly, both these cars are owned by the same collector but were sold at very different times. The red Ferrari was last auctioned in 2017 for $270,000 and the Rolls-Royce in 2018 for $145,000. The Rolls Royce Phantom still carries an owner’s manual that Trump signed: “I loved this car, it is great! Best of luck.” It has 56,700 miles on it and was used by Trump back in 2010. Unfortunately, Trump, who loves driving around, can’t do so thanks to the president’s safety rules that would not allow CEOs to drive a car. Not one to be shy, he openly lamented the rule stating, “I like to drive,” he told Reuters in 2017. “I can’t drive anymore.” On second thoughts, that’s hardly an inconvenience for someone like Donald Trump as the Trump Organization operates 12 vast golf courses around the world. That’s a lot of space to own for someone who loves to wheel around in something other than a golf cart. Trump clearly has no dearth for space or cars and can find a place to power a motor on private land. Maybe the old cars will end up in their old home after all! 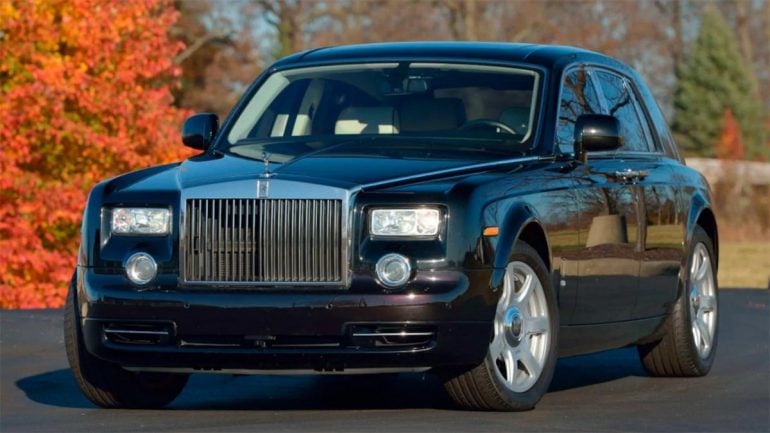 Similarly, President George W. Bush hadn’t been on the road since he began running for comedian Governor of Texas in 1993, but frequently runs 90 acres of ranch where he drove his Ford pickup. Ronald Reagan too enjoyed trying out the 1962 Willis Jeep CJ-6 whenever he was in Rancho del Cielo, California. Can we expect to see Trump in a Ferrari next?