The day has finally come! Ferrari is no longer a manufacturer of only low-slung high-performance automobiles. Behold the Ferrari Purosangue, the first ever SUV to adorn the iconic Prancing Horse logo. Although Ferrari doesn’t want anyone to call it an SUV. “We’re not calling it an SUV,” insists Ferrari CEO Benedetto Vigna. “We’re not even talking about SUVs.” But we all very well know what it is, right? The luxury SUV segment is so popular and profitable that no top-tier manufacturer can really ignore it, including Ferrari. The Purosangue is also the first four-door vehicle ever to be built by the celebrated Italian marque. 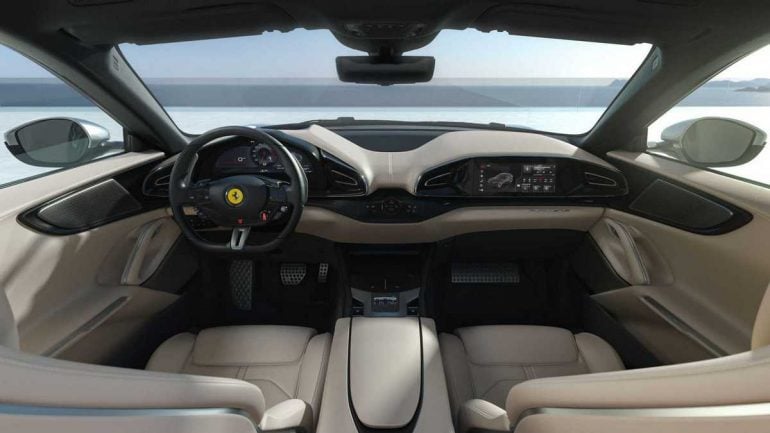 It’s been a long time coming. After denying the idea of building a high-riding Ferrari for years, the Italian manufacturer finally started the development of Purosangue in 2017 and officially confirmed it a year later. Over the last few years, we’ve seen plenty of spy shots of the Ferrari SUV that was internally codenamed F175. Earlier this year in the month of February, a low-resolution picture went viral on the internet that was claimed to be that of the Purosangue. Now that the Ferrari SUV has been officially revealed, it turns out that it was a real photo of the Purosangue clicked inside the factory. 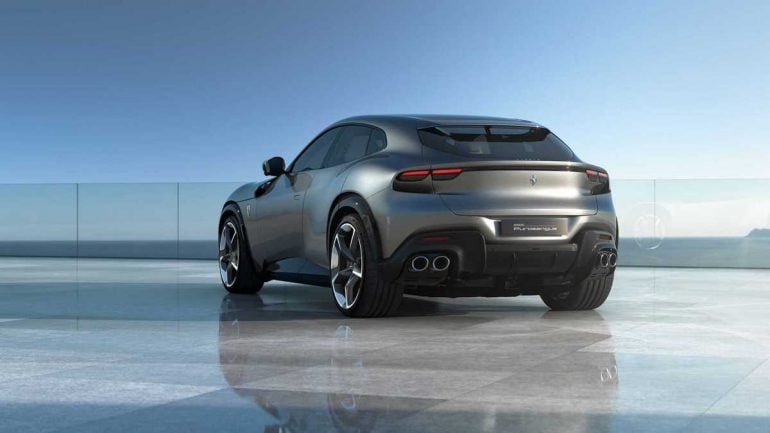 There’s a lot to talk about Ferrari’s newest creation that mark’s the company’s long-awaited entry into the SUV segment. Starting with the design, we already had a fair idea of what to expect thanks to all the spy shots and the leaked photos. The Ferrari Purosangue carries a very unusual design despite the fact that it features plenty of design elements shared with other models in the company’s line-up. 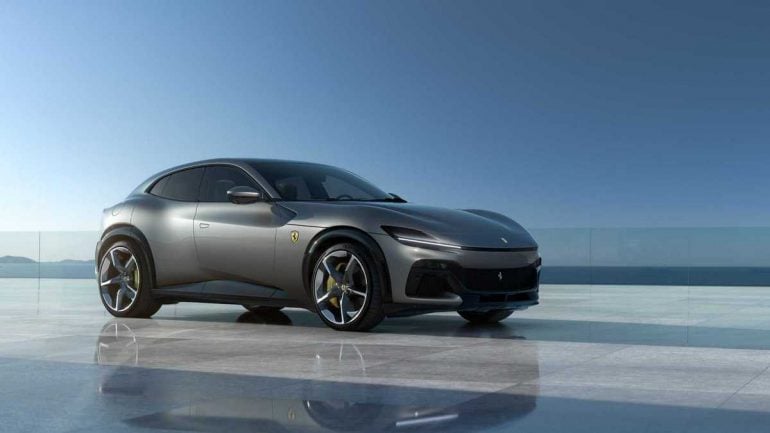 The headlight and taillamp designs are clearly inspired by the ones found on the Ferrari Roma. Furthermore, the proportions of Purosangue will immediately remind you of the GTC4 Lusso, so much so that you might even think that Ferrari has put the GT car on stilts. Yet, the Italian SUV’s wedge-like silhouette is anything but usual. 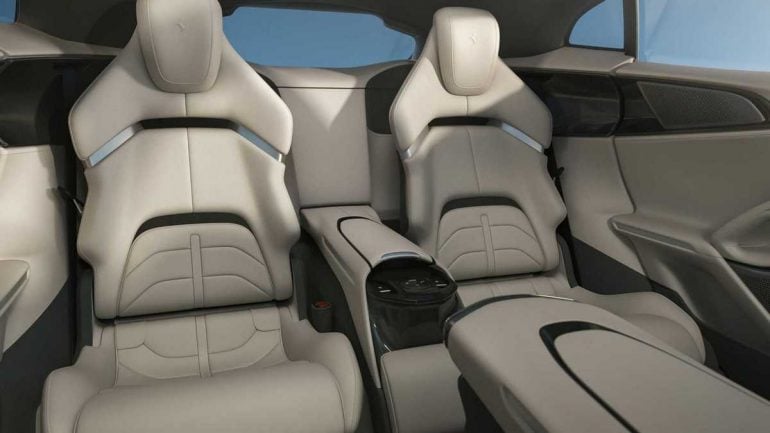 One of the biggest design highlights of the Purosangue is its door configuration. Ferrari decided to give its first-ever four-door vehicle suicide door configuration with front-opening rear doors, similar to that on Rolls-Royce cars. The design of the Ferrari is a weird combination of clean lines and pretty loud curves and creases. The Purosangue also gets some wild air vents that are purely functional, including the ones on the clamshell hood that channels the air right underneath the door mirrors. 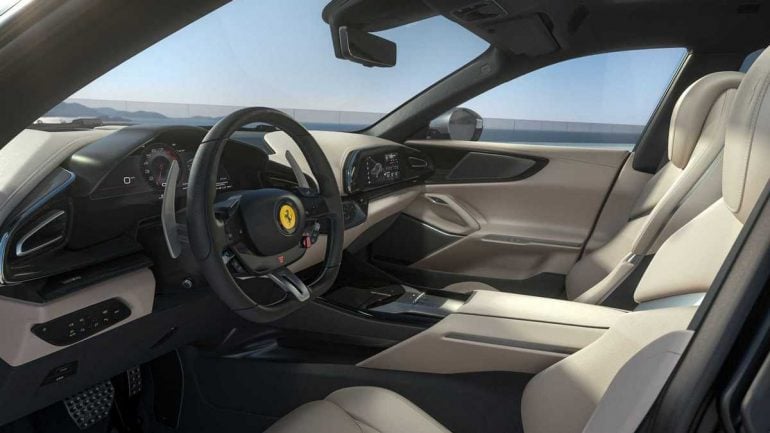 The cabin design of the Purosangue is also slightly unusual and doesn’t match with anything else we’ve seen from Ferrari. Although, the dashboard does come with the same digital displays as other Ferrari models, including a 10.2-inch digital gauge cluster. Interestingly, there’s no central infotainment screen. As expected, the entire cabin is wrapped in ultra-premium materials like plush leather, Alcantara, and carbon fiber. 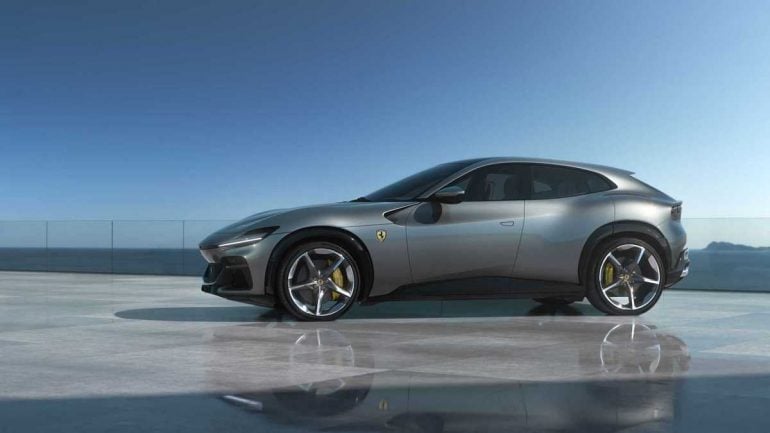 Mechanicals is what makes me really like the Purosangue. Rather than dropping a turbocharged V8 inside the engine bay, Ferrari chose the 6.5-liter naturally aspirated V12 engine to power the SUV. The engine is capable of churning out 715 horsepower, which makes it more powerful than the recently revealed Lamborghini Urus Performante. Ferrari claims that the SUV can accelerate to 62mph in 3.3 seconds and go on to hit a top speed of 193mph. The Purosangue is equipped with an eight-speed dual-clutch automatic and also gets the unusual all-wheel-drive that was used on the FF and later featured in the GTC4 Lusso. The Purosangue also gets Ferrari’s new suspension technology that uses active spool-valve dampers from Multimatic, which eliminates the need for anti-roll bars. The suspension can also lower the car by 0.4-inch during hard cornering. Ferrari has said that Purosangue won’t be a high-volume product and will constitute more than 20 percent of its overall sales. As far as the pricing goes, the Purosangue starts at €390,000 (approximately $400,000), which makes it almost twice as expensive as its closest rival – the Lamborghini Urus.