I think I know what Ed Sheeran was referring to when he sang the song, ‘I’m in love with the shape (and taste) of you’. His love for Heinz tomato ketchup is the stuff girls’ dream of. Who wouldn’t want to be held like Ed holds his bottle of Edchup? (Heinz has released a specially labelled line of their sauce known as ‘Tomato Edchup); who wouldn’t want the kind of attention that the bottle of Heinz ketchup gets from Ed Sheeran? I guess the new-age term of undying, forever-loyal, monogamous relationship should be ‘love me like Sheeran loves his ketchup’. He doesn’t eat without it, doesn’t travel without it even and what can beat the fact he’s got a tattoo on his left arm dedicated to the red sauce (Sheeran got the tattoo during an Ohio tour stop and has said it’s simply a representation of his enduring love for the product). Sheeran’s devotion to Heinz’s Tomato Ketchup clearly hasn’t gone unnoticed by the condiment company which is why he landed a recently launched ad featuring him and the limited-edition “Ed Sheeran X Heinz” bottle, of which only 150 have been made. 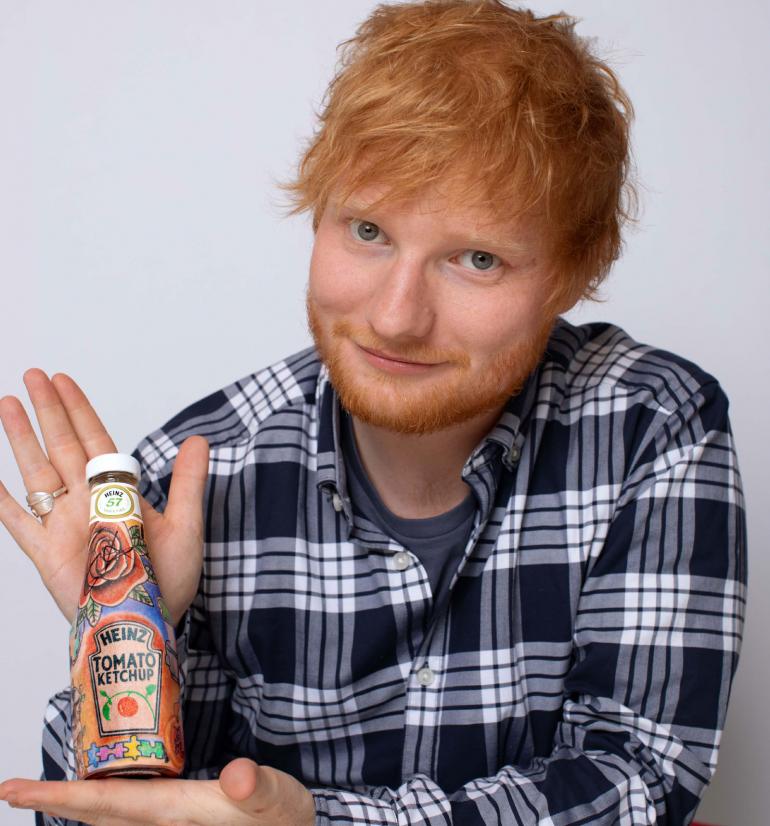 Of the 150 limited-edition Edchups, 104 signed bottles will be given away via an online sweepstakes. Three bottles will be auctioned at Christie’s on Aug. 15, with proceeds going to two charities of Sheeran’s choice: East Anglia’s Children’s Hospices and Rise Against Hunger. Sweet!

Tags from the story
Bottles, Limited-Edition