One of the finest pieces of technology used during the Second World War was without doubt the Enigma machine. Invented by the German engineer Arthur Scherbius at the end of World War I, the Enigma machine was used extensively by the Nazi forces during World War II. Over time, only a few of these electro-mechanical rotor cipher machines have managed to stay intact, one of which was recently purchased by an unknown buyer for a whopping $233,000. The machine, sold at Sotheby’s, comes complete with three rotors with Bakelike thumbwheels and matching serial numbers. A standard QWERTZ keyboard with the maker’s plate, a plug board with ten cables and an oak carrying case is included in the set. 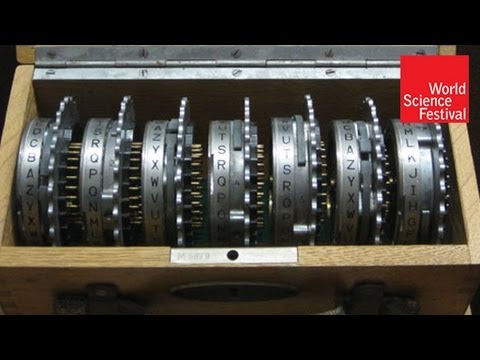 This Enigma machine was made by manufacturer Heimsoeth & Rinke and dates back to 1943. With its case closed, the machine measures in at 15 x 28 x 33 cm. Given the fact that only a few of these machines managed to survive the war, with the Germans destroying them while retreating, this particular piece of machinery is extremely rare and difficult to come by. In the days gone by, the Enigma code was unbeatable until a team at Bletchley Park managed to break it. For a short trip down memory’s lane and a closer look at the Enigma machine, tune in to Benedict Cumberbatch’s The Imitation Game!