Much talked about Indian Prime Minister, Narendra Modi is revolutionizing beyond politics. While the politico’s attire at his last Indian meet with Obama was heavily critiqued by the opposition for being narcissistic much, his ardent followers begged to differ. After being auctioned at a jaw dropping price last year, the suit recently made it to the Guinness records for being the most expensive suit ever sold. 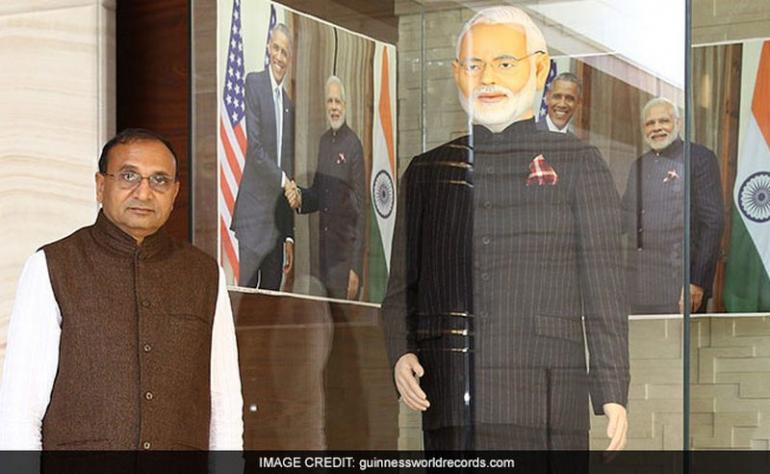 Like any Bollywood movie, Modi’s navy blue suit had stirred every inch of Indian Drama in the home country with many taking ridiculous digs at it, but the minister could not care less! The controversial piece of cloth was gifted to the minister by a businessman cum friend, Ramesh Virani with his initials ‘Narendra Damodardas Modi’ pinstriped all over in gold. Starting at a base price of 1.1.million, this classic suit went on to fetch a whopping Rs.4.3 crore (roughly 40. 5 million) in the final bid! Surprisingly the winning bidder, a 61-year old diamond baron, Mr. Laljibhai Patel quoted to have paid an even bigger price to lay hands on his idol’s ensemble if he had to. 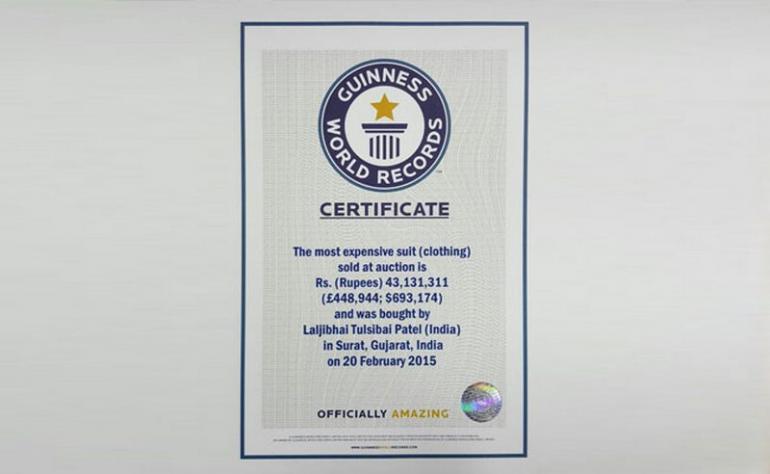 While Mr.Patel’s pockets might feel a little lighter after his big buy, the country stands to benefit as the proceeds of the auction will go to ‘Namami Gange Fund’, a project to clean the Ganges. Amongst the many pre owned Modi items that were sold at the auction, it was the suit alone that made it to the Guinness. All thanks to the die-hard Modi admirers, this much loved politician is now a Guinness name!