Potter enthusiasts have a reason to cheer up as a hand-written 800- word prequel to J. K Rowling’s Harry Potter series was sold for $49,000 (about 25000 pounds) at a London charity auction on Tuesday. The work was auctioned off to benefit Dyslexia Action and English PEN which promotes freedom of expression for writers and Rowling was one of the thirteen writers who donated short works to be auctioned off. The prequel was composed three years prior to the first Harry Potter novel and consists of a single scene in which Sirius Black and Harry’s father James are confronted by a policeman after a motorcycle chase.

A scan of the hand-written copy of the prequel: 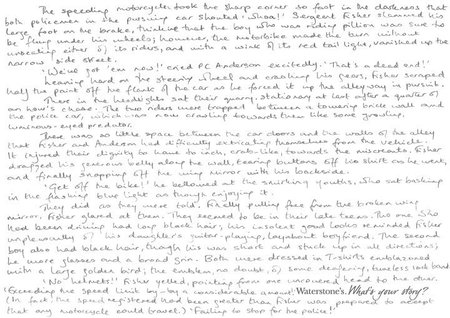 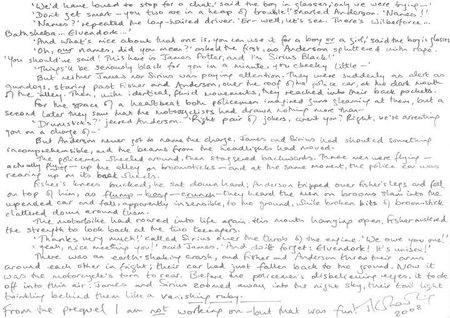 Tags from the story
Books, Harry-Potter