While earlier this month, we heard the news of the life-like sculptures featuring in Kanye West’s “Famous” video being up for sale at $ 4 million, his team clarified it to, unfortunately, be untrue. Calling the fabricated sales price as ‘incredibly flattering’, the source confirmed the sculptures to purely be a work of art with no plans of having price tags put on them. 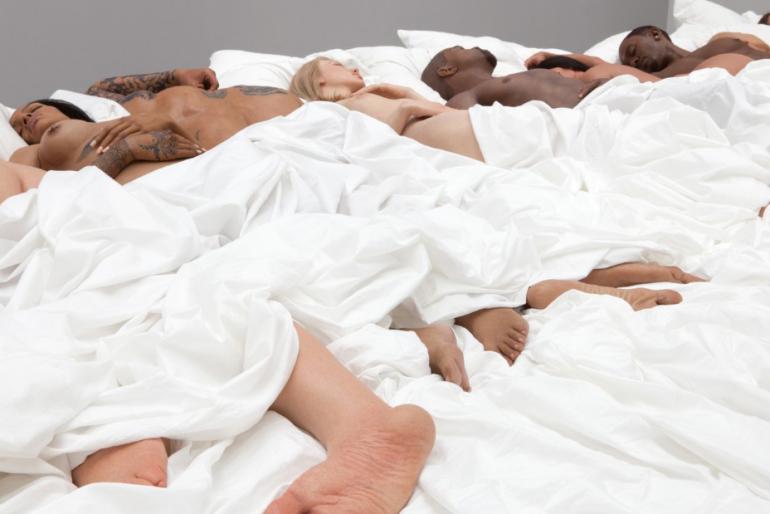 Disheartening for those who dreamt of buying the lifelike unclothed version of their superstars, they can however witness, (if not buy) the Famous sculptures in a live event soon. After being displayed at the infamous Blum & Poe art gallery in LA, the eccentric artwork will soon be open for viewing at an undisclosed location. But what is so elaborately grand about the sculpture you ask? Unlike the ordinary, these figurines are silicone reproductions of a string of celebs like George W. Bush, Anna Wintour, Donald Trump, Rihanna, Chris Brown, Taylor Swift, Ray J, Amber Rose, Caitlyn Jenner, and Bill Cosby, and of course, Mr. and Mrs. Kanye West; who are animated to inhale and exhale, with their chest rising as if in deep slumber. Drawing inspiration from Vincent Desiderio’s 2008 “Sleep” painting, the figures appear clustered together on a large bed with a single white bed sheet covering their naked bodies. 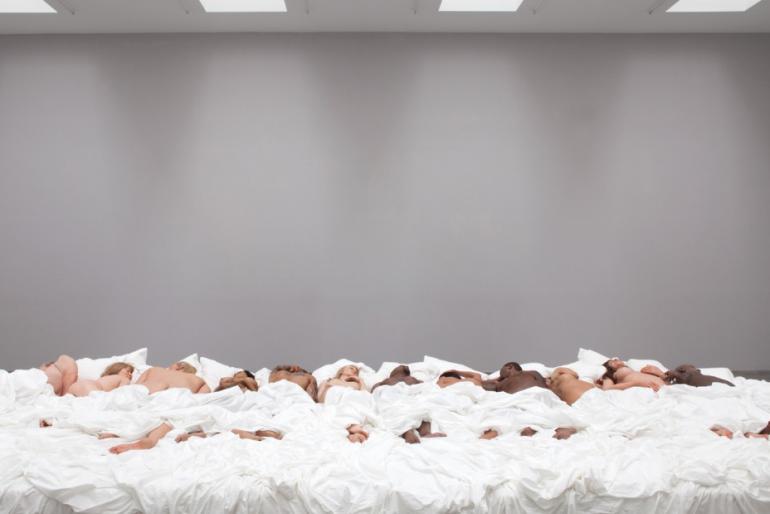 Though the bizarre art form was criticized as erotic by some, West earlier clarified that the video did not intend to promote erotica, calling it a mere artistic representation of famous personalities. While the exhibition in LA was attended by wife Kim, Kanye made a sheer virtual visit via a video call. If The New York Times is to be believed, the sculpture will soon make a tour and be displayed in multiple cities, while it’s already on its way to its next location. While Mr. Blum, owner at Blum& Poe ascertains the figures to be worthy enough of finding a place at Lacma, MOCA, or the Hammer, Kanye fans cannot wait to see his life-like version soon!