Auction alert for all Pokemon fans. One of the rarest and most valuable Pokemon Pikachu Illustrator cards is up for sale on eBay, and that too for a whopping $100,000. One among the six available worldwide, the card would be a rare catch. It has been officially graded at 9 mints by the Professional Sports Authenticator (PSA). The last we’ve heard of a Pokemon Pikachu Illustrator card was in 2009, wherein the card was valued at $20,000 and labeled as the ‘world’s most expensive. This bid would, however, set a new record, certainly going beyond the $20,000 mark. After the auction ends on September 18, we will most likely get a new winner claiming the label as the world’s most expensive Pokemon Illustrator card.

Scott Pratte, the seller, is known to have already received a legitimate offer of $47,000, and in the remaining 12 days of his auction, he expects the price to go a little higher. Evidently, he doesn’t expect the card to sell at the set price but believes that it would at least fetch him a roundabout – $50,000. 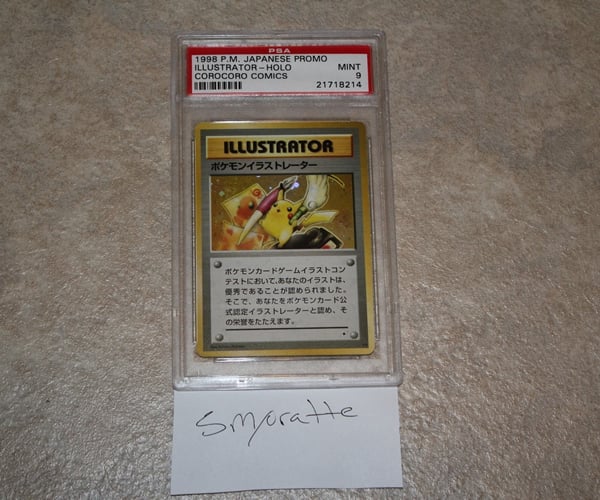 [Available at Ebay Via Cnet]