With all the hype around the Air Jordan 1, the Nike Air Ships may have lost their limelight. However, bring them back to the fore is Sotheby’s with the sale of an exclusive game-worn pair on the sneakers, belonging to none other than Michael Jordan. Yes, that’s right!

Stamped with ‘Air,’ the autographed sneakers have been traced back to Jordan’s fifth NBA game and are said to be designed by Bruce Kilgore. They were apparently handed over to a former Denver Nuggets ball boy, Tommie Tim III Lewis during the time, who held onto them dearly since then. 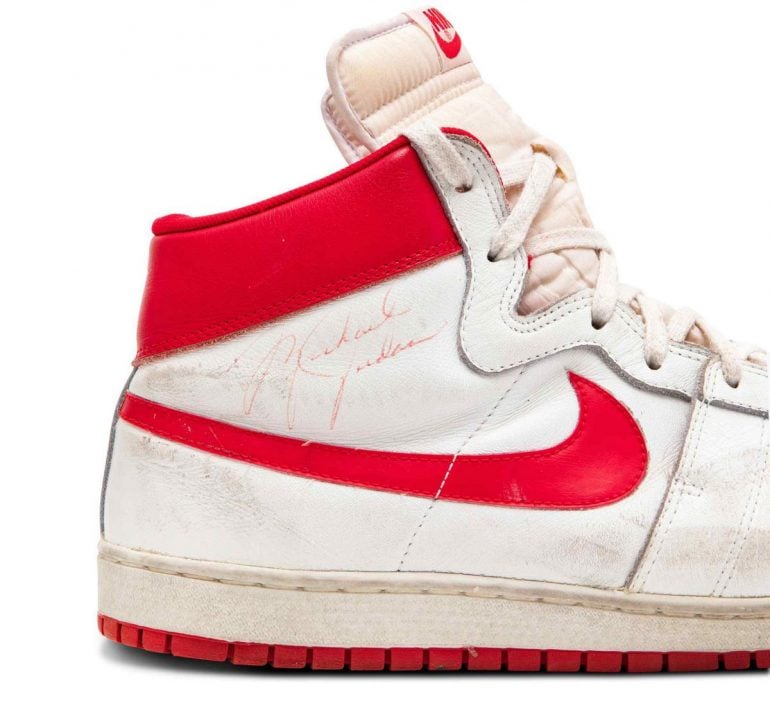 According to Sotheby’s, the iconic pair is expected to sell anywhere between $1 million to $1.5 million, which would make it the most expensive one to ever be sold at auction. The sneakers are further stated to be in excellent condition with minimal wear and tear.

Commenting on the sale, Brahm Wachter, Sotheby’s head of streetwear and modern collectibles, in a statement said, “Michael Jordan and the Jordan Brand helped redefine what a signature line formed around an athlete could be. ”

He further added, “This pair, with provenance from Michael’s fifth NBA game really touches two worlds as the Nike Air Ship holds a special place in the hearts of sneakerheads as the precursor to the Air Jordan 1, but beyond that, it is also simply an incredible artifact that dates to the nascency of Michael Jordan’s rookie season.”

The exclusive Michael Jordan Nike Air Ships will be offered at the “Icons of Excellence & Haute Luxury” auction at MGM’s Aria Resort and Casino in Las Vegas on October 24, 2021.

Tags from the story
Michael-Jordan, Nike