You know good times lie ahead when the whiskey bottle is taller than you. I don’t have the shelf space or the money to get this beauty of a bottle called The Intrepid home, but someone with refined taste and deep pockets can bid for a 311-liter bottle of 32-year-old Macallan single-malt. You won’t be getting just a behemoth bottle of an exceptional whiskey but a record holder too. 32-year-old The Intrepid was officially certified by Guinness World Records in September 2021. As per The Spirits Business, the 5ft11 vessel contains the equivalent of 444 standard 700ml bottles. With an extra 83 liters, the record of a 228-liter bottle of The Famous Grouse whisky in 2012 was shattered. Edinburgh-based auctioneer Lyon & Turnbull will sell the tall bottle of Macallan single-malt next month.

Auction house Lyon & Turnbull revealed bottler Duncan Taylor Scotch Whisky took two American oak hogsheads filled with whisky that the Macallan had distilled in 1989—casks no. 6986 and 6992—and vatted them concurrently to create The Intrepid. The result is compelling pale gold single malt with hints of baked apple, pear, and flaked almonds. Connoisseurs will love this one for its smooth and warm taste delivering the best of both sweet and peppery flavors. The towering bottle pays homage to 11 of the world’s most pioneering explorers. 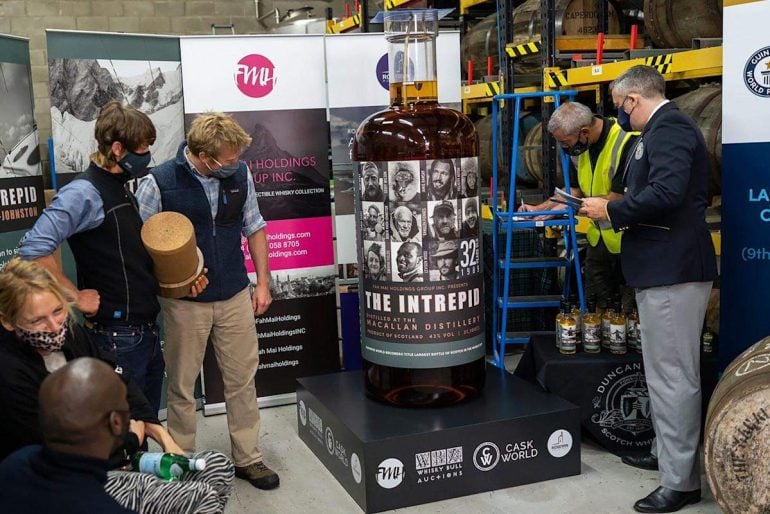 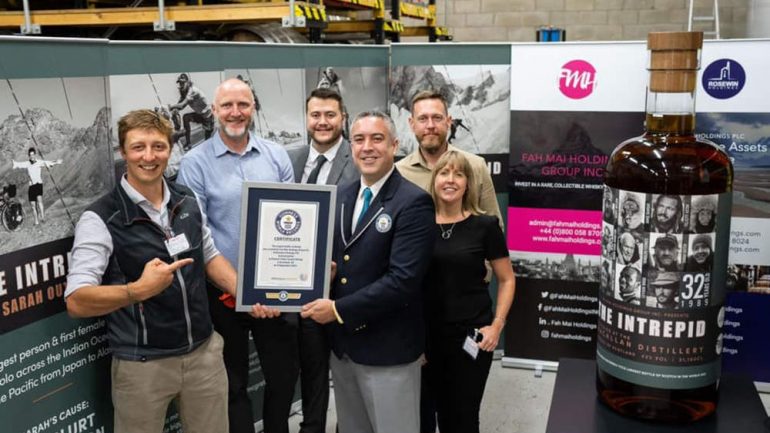 “Bidders will have the chance to buy a piece of Scotch whisky history. They will become the owners of an exclusive 32-year-old single malt Scotch from what is widely regarded as one of the world’s best distilleries, The Macallan.” While there is no word on estimated pricing yet, we know The Intrepid will go under the hammer on May 25th 2022. 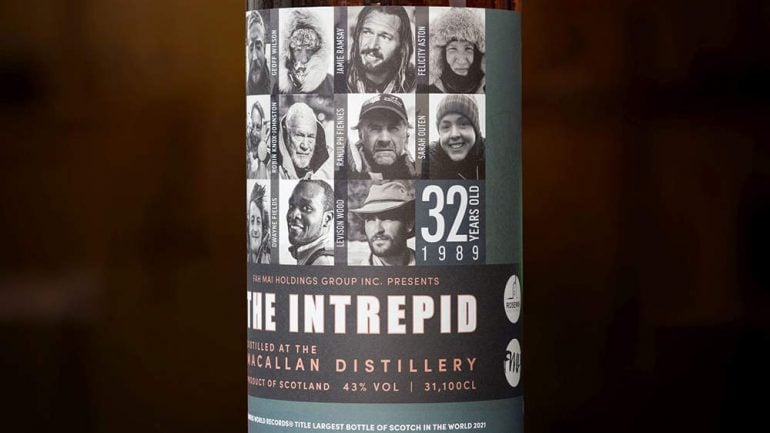 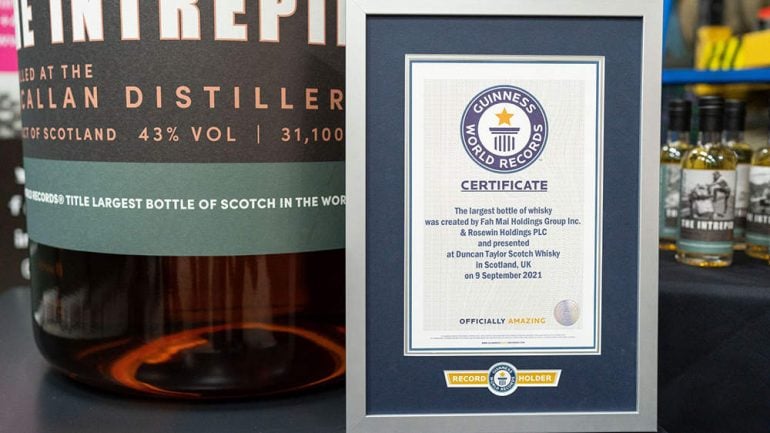