A series of extremely rare sketches of Astro Boy by legendary Japanese manga artist Osamu Tezuka was up for grabs at an auction in Paris recently. Described by the auction house as an original drawing for a page from a comic book published in the 1950s, it was sold for a whopping ¥35.1 million (approx. $300,000). “It’s a world record for this artist whose works are few in the market,” said Eric Leroy, an expert on comic strips in the auction house Artcurial. The buyer was a European collector who had been dreaming of buying the sketch for a long time. 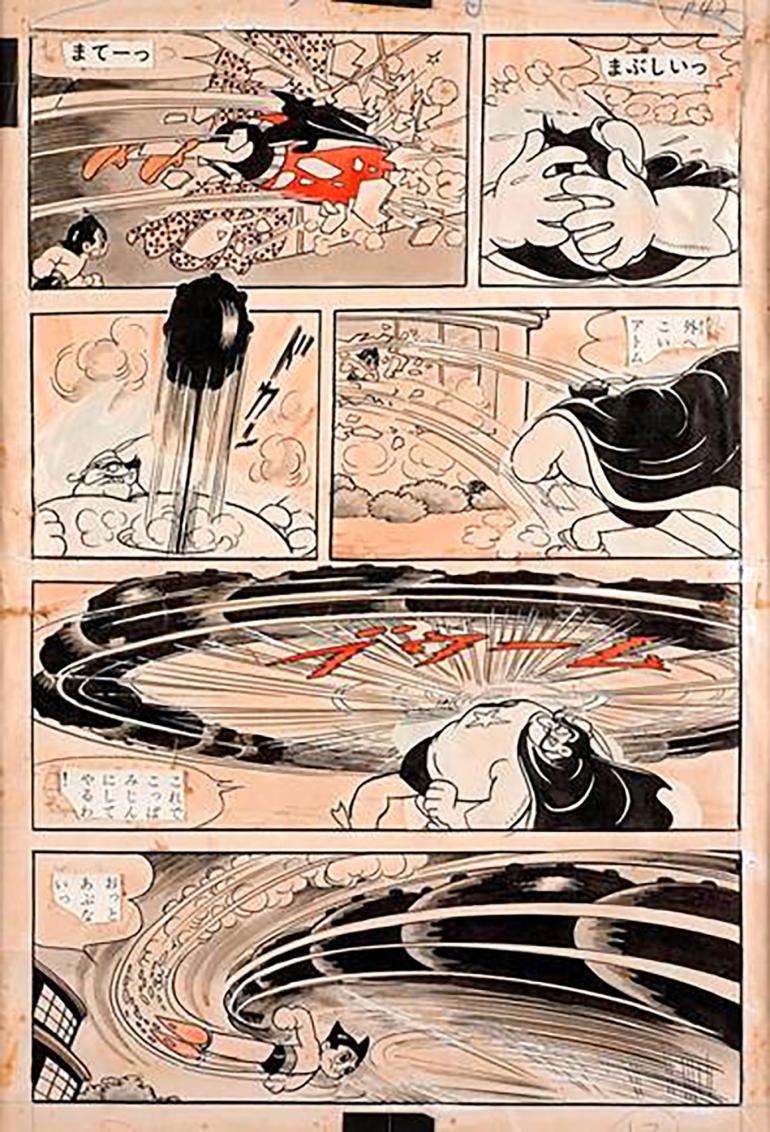 The winning bid exceeded the pre-sale estimate by almost five times and Leroy attributed it to “the rarity and exceptional character” of the China ink and water color strip, which measures 35 cm by 25 cm. The sketch is from the end of the 1950s and comprises six panels showing Astro Boy fighting an enemy. Astro Boy, known in Japan by its original name Mighty Atom, has become one of the most successful manga and anime franchises in the world. Such rare finds from the world of comics often end up fetching hundreds and thousands of dollars. In 2014, the first issue of Superman was sold for $3.2 million making it the most expensive comic ever.