While royals live life in the lap of luxury, they too have to suffer some grave losses in life- like losing a loved one. Queen Victoria reigned supreme as the United Kingdom of Great Britain and Ireland 1837–1901 and empress of India 1876–1901. Her reign was one of the longest in British history, and the Victorian Age was named after her. But she was also synonymous with the act of mourning, famously wearing black every day for 40 years following the death of her husband in 1861. Sotheby’s London will be staging an auction of the morbid collection of Queen Victoria’s jewelry featuring four distinct black brooches worn by the former monarch. Queen Victoria lost both her second youngest daughter Princess Alice and husband, Prince Albert, during her reign; three of the four precious brooches were worn by her to honor Princess Alice, who passed away from diphtheria at 35. The pieces are special not because of the monetary value but because of the sentimental value they held for the Queen. They are part of her personal collection and reveal the intimate side of the late monarch. These valuable items will be sold for the first time after being passed down to descendants for generations. The brooches come inscribed with the words “Alice” and “Dear Alice” along with the Princess’s death date, “14th December 1878”. Prince Albert commissioned another agate and diamond pendant for his wife to mark her mother’s loss and contains a miniature photograph, a lock of her mother’s hair, and a “touching inscription” from Albert. 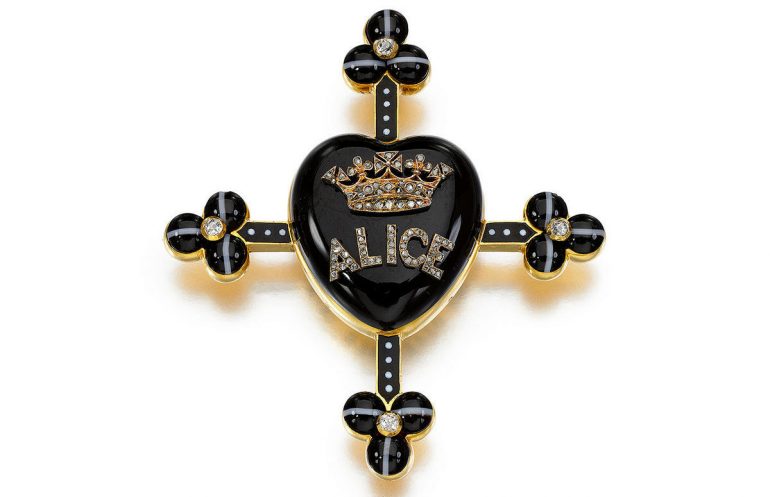 Sotheby’s London will hold an auction of the collection on New Bond Street from 20 to 23 March. The agate and pearl pendant is estimated to fetch $1400- $2000, the cross-shaped agate brooch is valued at up to $4,000, the onyx and seed pearl button with a miniature portrait of Princess Alice for $1400. 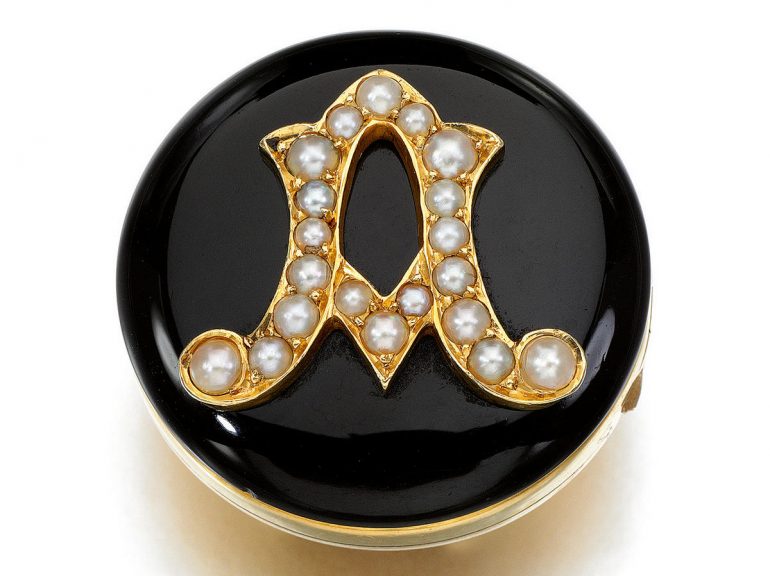 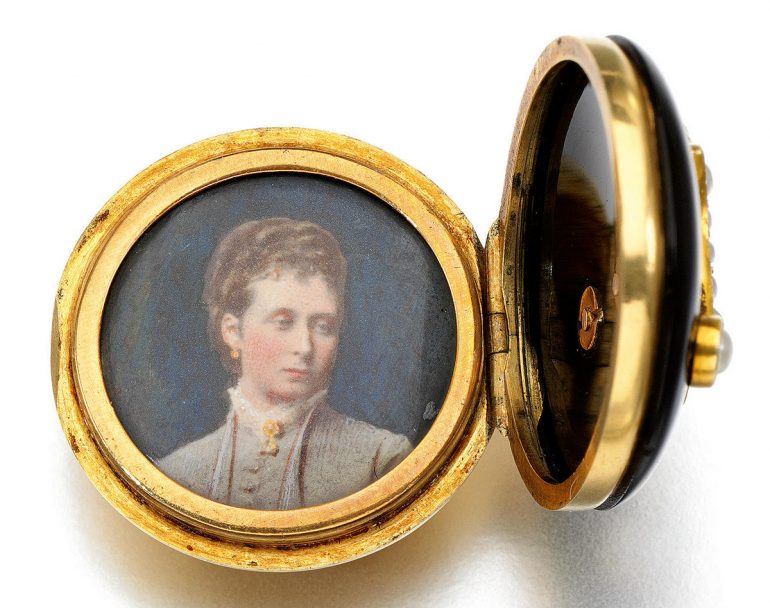 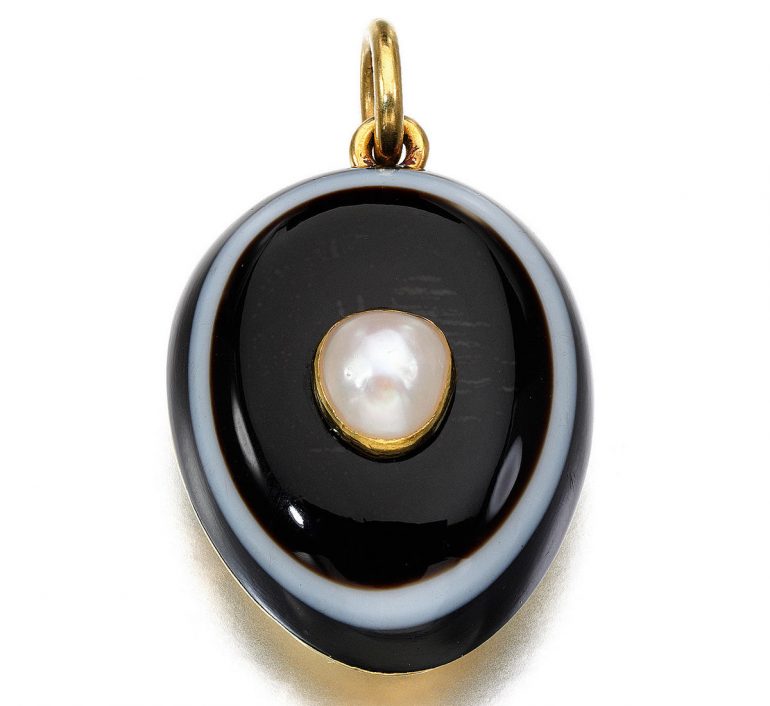 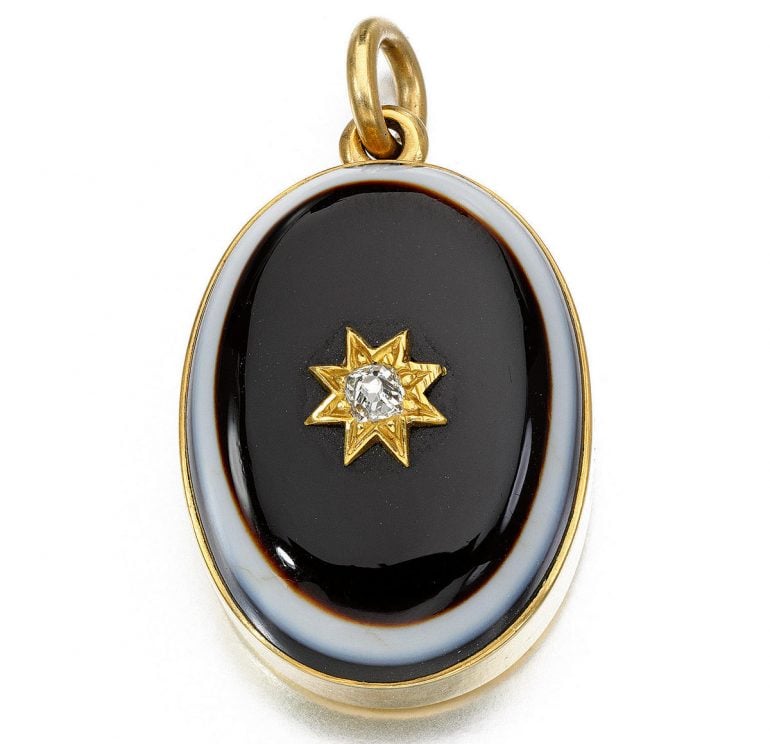 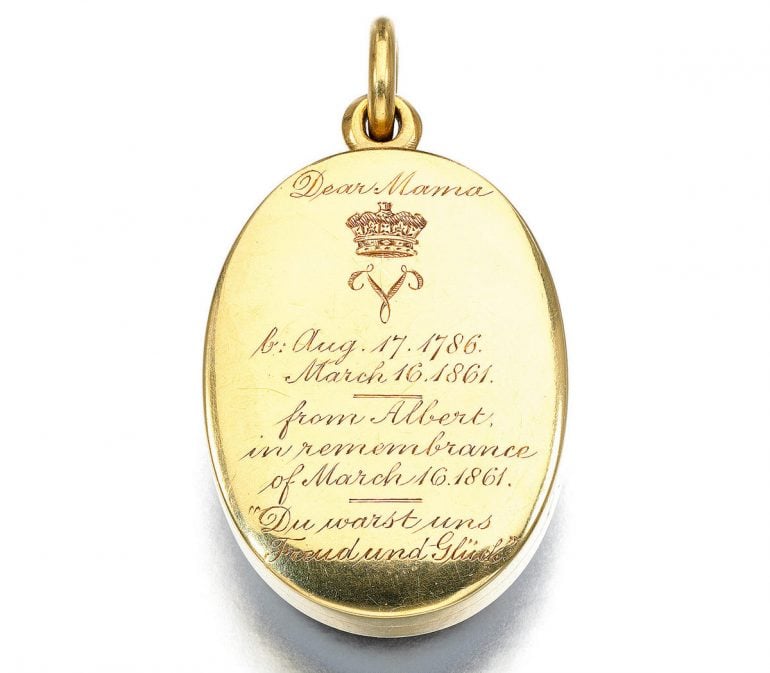 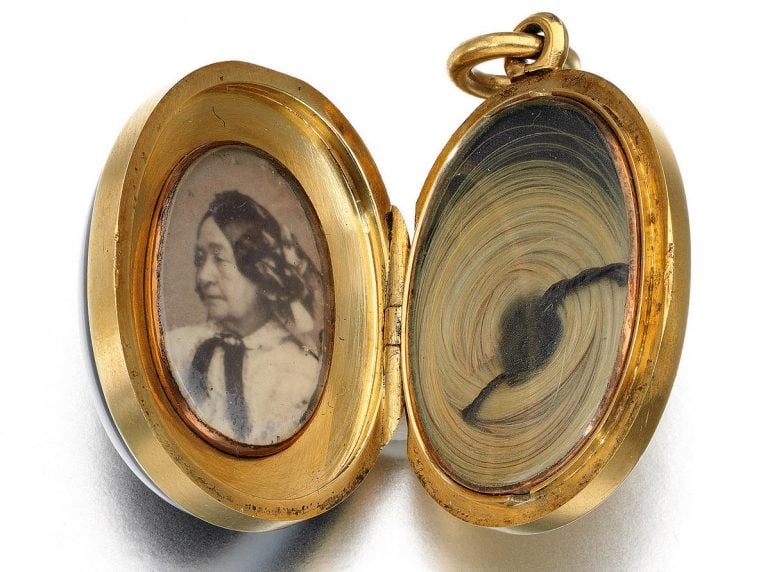