The late Sean Connery may not be a part of the planet he saved so many times on the silver screen as the iconic character James Bond aka 007 but his legacy is eternal. The Scottish actor is widely remembered as the secret agent driving an Austin car and beating bad guys to save the Queen and the world. What is also vividly remembered is the silhouette of 007 holding his gun; an image that has struck a chord with fans so deeply that no matter how many Bond actors change, when someone imagines the Secret Service agent its only Connery’s silhouette. The Walther PP pistol used in the first-ever James Bond movie will now go up for auction next month in Los Angeles – and is estimated to fetch $150,000 to $200,000. The said weapon is an original gun used by James Bond in Dr. No in 1962, and will be offered in Julien’s Auctions upcoming “Icons & Idols Trilogy: Hollywood” event on Dec. 3. Other notable memorabilia will include a pilot’s helmet worn by Tom Cruise in ‘Top Gun’ and Arnold Schwarzenegger’s leather motorcycle jacket from ‘Terminator 2: Judgment Day’.

Martin Nolan, executive director of Julien’s Auctions said, “The silhouette of 007 holding this gun would go on to become the James Bond franchise’s most iconic image and one of the most recognizable pop culture references of all time,” this comes at a time when the world is mourning the death of the original charismatic James Bond on Oct. 31 at age 90 and would be an invaluable purchase, to say the least. 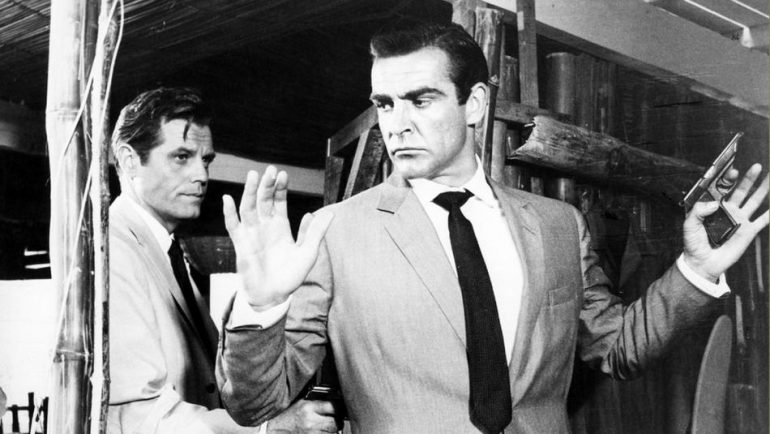 [Via: The Hollywood Reporter]