Christie’s Hong Kong is withdrawing its much-anticipated Tyrannosaurus rex skeleton from Autumn Auctions. Unfortunately, our dinosaur dreams have to be put on the back burner as the number of replica bones needs further study. Shen the T-rex was slated to fetch between $15 million and $25 million at auction, between November 25 and December 3. Still, questions raised by experts have forced Christie’s to withdraw the specimen ten days before the sale, citing a further study into the matter. Edward Lewine, a spokesperson for Christie’s, said in a statement, “After consultation with the consignor of the Tyrannosaurus rex scheduled for sale on November 30 in Hong Kong, Christie’s has decided to withdraw the lot. 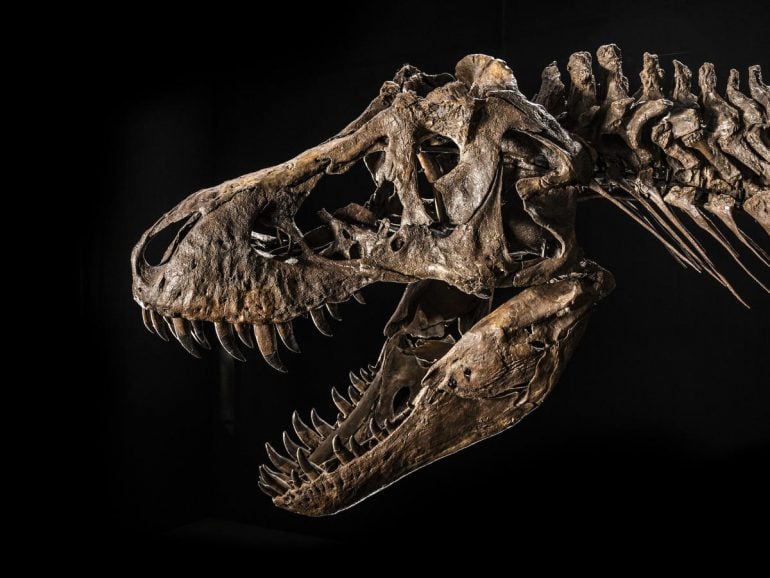 The consignor has decried the specimen to a museum for public display.” Shen was a special specimen, the first world-class skeleton of its species to appear at auction in Asia. Per Hypebeast, researchers from Black Hill Institute of Geological Research pointed out similarities between Shen and another T. Rex skeleton Stan that Christie’s auctioned and sold for a record $31.8 million in 2020 by the name of Stan. The revered auction house has also thrown light on the fact that the dinosaur was “54% represented by bone density,” however, the number of replica bones seems to suggest otherwise. The Autumn Auction will continue to take place as planned despite the dinosaur mishap and the withdrawn dinosaur. Christies has also removed the listing pages of Shen from its website.

Tags from the story
Christie's, Hong-Kong