It’s unreal to think that massive dinosaurs once walked upon the surface of the earth. While the generations to come could easily dismiss their existence as a myth, their remnants help to prove otherwise such as that of this rare T-rex. We’re talking about the skeleton of Shen – a 40-foot T. rex that is all set to go under the hammer at an auction in Hong Kong. It was uncovered in the Hell Creek Formation, in McCone County, Montana in 2020 and was said to have lived during the Cretaceous Period, around 68-66 million years ago. 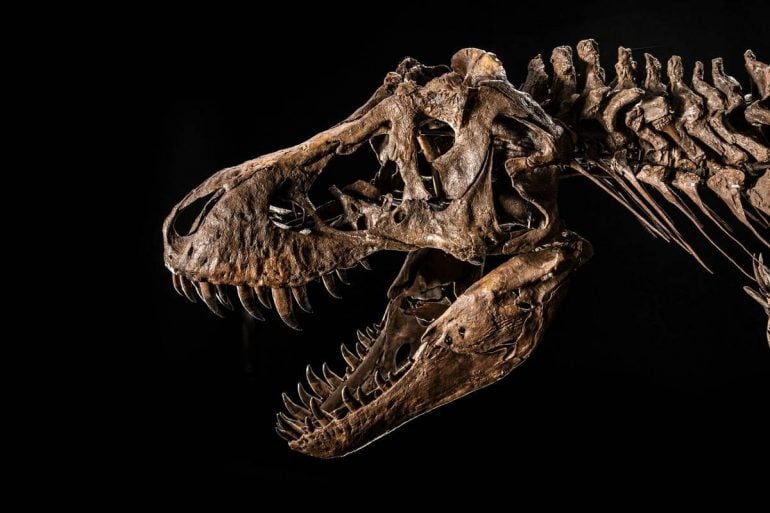 It has since then been preserved and re-assembled in an accurate pose ‘epitomizing the T. rex’s infamous ferocity’. The upcoming auction also marks the first time a T. rex skeleton has ever been offered at auction in Asia. 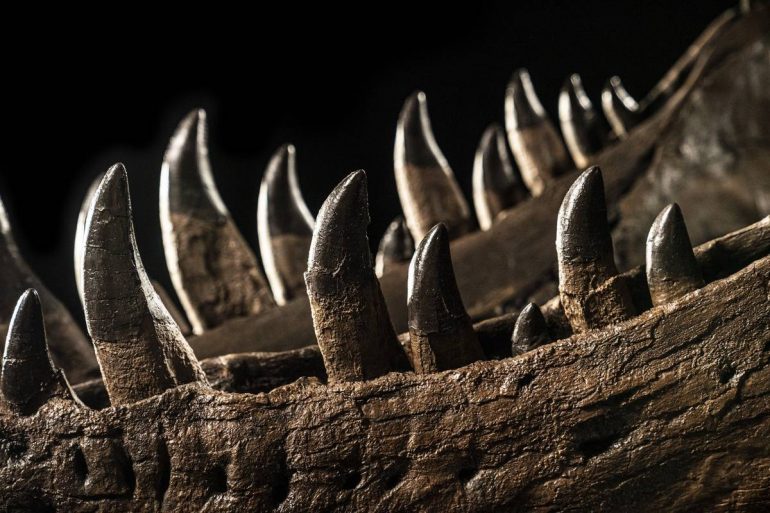 Commenting on it, Dr. John R. Nudds who researched the remains in question at the University of Manchester said, “T. rex are incredibly rare. Just one in 80 million T. rex dinosaurs were preserved as a fossil. Only two have ever sold at auction. T. rex is the greatest of all dinosaurs and Shen is one of the best.”

Remarking further, Francis Belin, president of Christie’s Asia Pacific added, “It is an honor to be entrusted with the first auction in Asia of a T. rex skeleton – a groundbreaking moment for the market in the region. This is a world-class specimen for museums and institutions, and its auction in Hong Kong in November offers an unprecedented opportunity for APAC collectors to own an exceptional piece of our global natural history.” 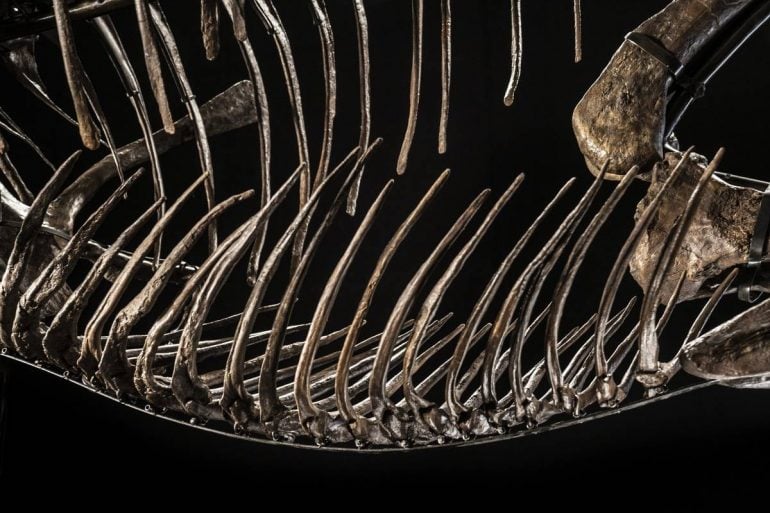 Measuring 43 feet long, 16 feet high and 7 feet wide and weighing 1,400 kg, Shen will be physically on view at the Victoria Theatre & Concert Hall in Singapore between October 28-30 before being auctioned in Hong Kong for an estimated $25 million.