Do dinosaurs and the ancient world excite you? If yes, here’s some news for you! A 76-million-year-old skeleton of the T. rex relative Gorgosaurus is all set to be sold at a Sotheby’s auction later this month in New York. 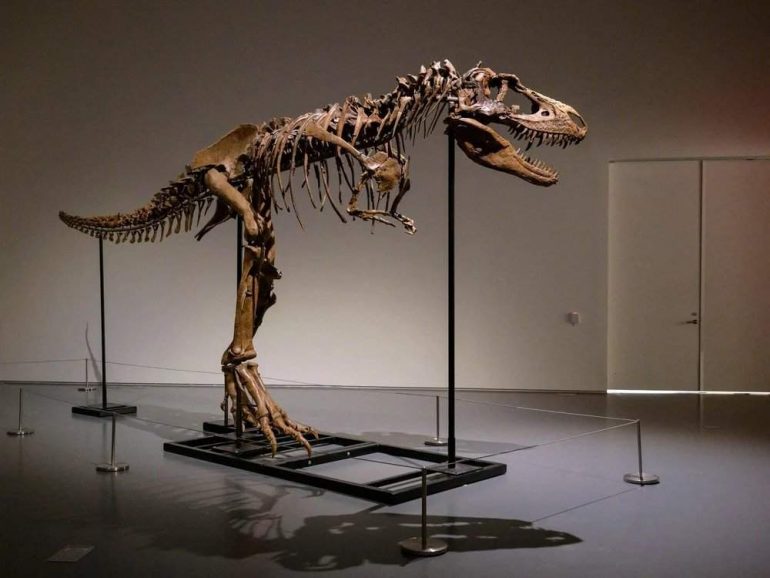 It is the first specimen of its kind available for private ownership with all the other known Gorgosaurus skeletons currently in museums. The dinosaur belongs to the Late Cretaceous era which existed about 10 million years ago. 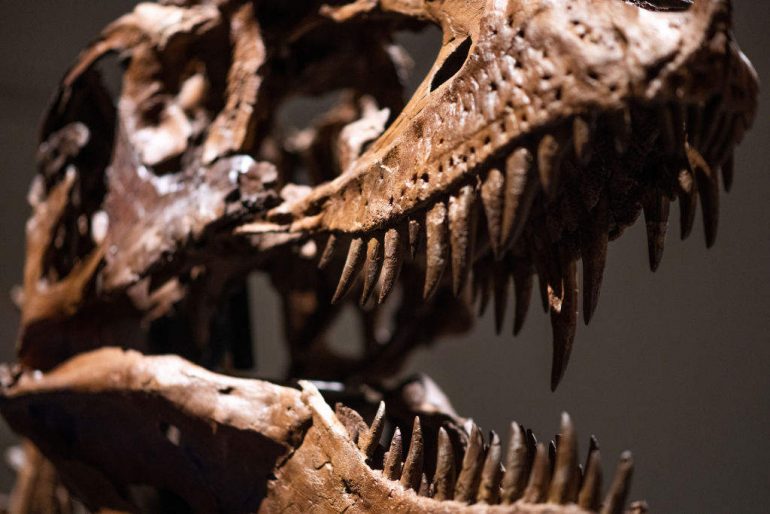 The specimen, measuring nearly 10 feet tall and 22 feet long, was found in 2018 at the Judith River Formation near Havre, Montana. Similar to the T.rex, the Gorgosaurus had sharp teeth and tiny arms. However, it weighed much lower at about 2 tons. Commenting on it, Sotheby’s in a statement said:

“This specimen, which was a very large, mature individual at the time of death, has a particularly well-preserved skull, including a left maxilla and an assortment of cranial bones. Crucially the specimen also contains the three major bones which create the orbit, the feature which distinguishes the Gorgosaurus from the T. rex.”

Remarking further, Cassandra Hatton, Sotheby’s global head of science and popular culture added, “In my career, I have had the privilege of handling and selling many exceptional and unique objects, but few have the capacity to inspire wonder and capture imaginations quite like this unbelievable Gorgosaurus skeleton.”

The dinosaur remains can be viewed in person at Sotheby’s York Avenue galleries in New York, from July 21–28. It will later be sold in New York for an estimated price that could go up to $8 million. Talk about the glory of the Gorgosaurus!

Tags from the story
Skeleton, Sotheby's