A set of new auction records were created an ultra-rare Rolex Cosmograph Daytona JPS reference 6264 in 18k gold by selling for more than $1.5 million in a single-lot online sale held by Sotheby’s in London. The 1969 Rolex named “John Player Special” after the legendary 1970s Formula 1 livery had never appeared at an auction before and went under the hammer in an online sale held from July 24 till July 31. With a pre-sale estimate of $800,000, the watch received 17 bids from five buyers and ended up selling for almost twice the value, setting auction records for a watch sold in the UK, for a Daytona JPS, and for a watch sold in an online auction. 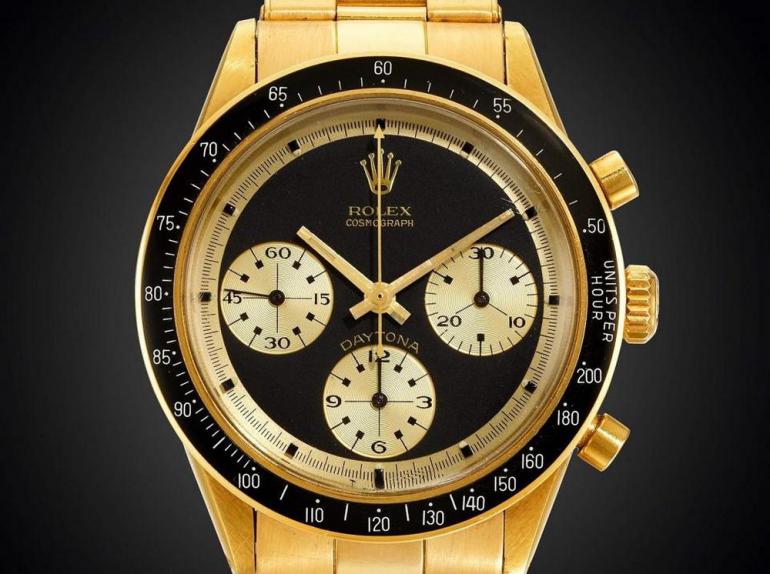 The highlight of the Rolex Cosmograph Daytona JPS is its black and gold color combination, earning it the nickname “John Player Special” in reference to the livery of the Lotus Formula 1 painted in black with the gold JPS logo. The racing livery till date is considered as one of the most iconic color schemes in Grand Prix history. Adding to the desirability of this ultra-rare timepiece is its “Paul Newman” dial – one of the most in-demand features amongst watch collectors. According to Sotheby’s, very few examples of the watch were ever created over a short period of time and only a handful of them are known to exist; and very rarely do they show up at auctions. With the sale of the Rolex Cosmograph Daytona JPS reference 6264, Sotheby’s has managed to set a record for an online auction for the third time since April. A few weeks back, an ultra-rare platinum Rolex Cosmograph Daytona with a lapis lazuli dial was sold by the auction house for a record-breaking $3.27 million. 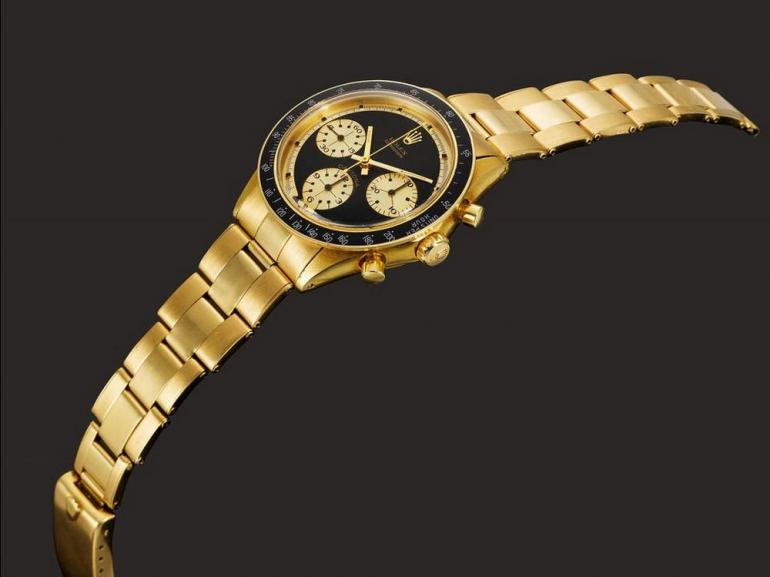