Claude Monde took one visit to Venice to produce a series of 37 paintings. And while the artist never returned to the city, one of his iconic works – Le Grand Canal et Santa Maria della Salute, will be back in the Italian land before going under the hammer at Sotheby’s. 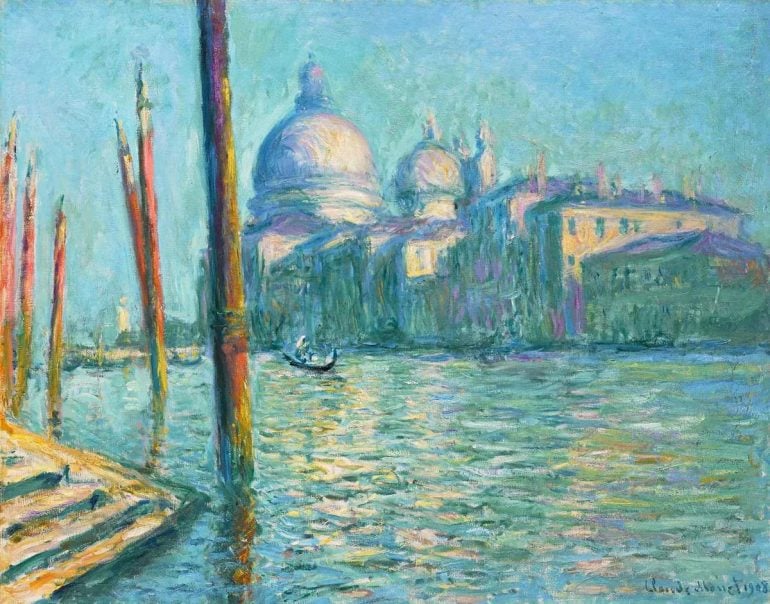 Featuring an intensely colored depiction of the Basilica di Santa Maria della Salute that provides an illusion of it floating on the canal, the painting will be also part of a one-day exhibit at the Gritti Palace, as reported by the auction house. 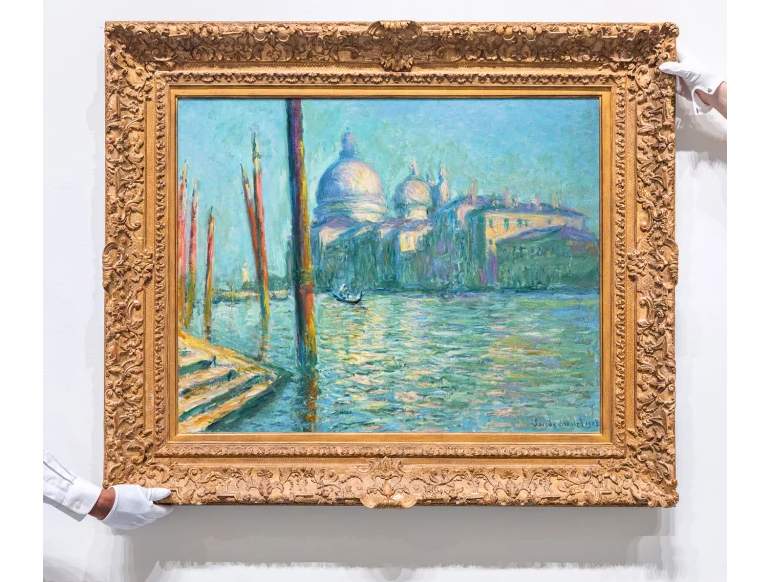 It hasn’t been in the public eye for 35 years and will be put on display in the city on April 17 to mark the beginning of this year’s Venice Biennale, one of the art world’s biggest events. Commenting on it, Julian Dawes, Head of Impressionist and Modern Art at Sotheby’s, said:

“To get such a significant piece by Monet is a major event, regardless of subject, but this one of Venice is particularly special. The vast majority of his Venice paintings are in museum collections… it’s an extreme rarity.”

He further added, “Seeing the painting in person is the only way to experience it. The intensity of the color, the electricity of the palette… it’s so perfectly aligned with what people are looking for in today’s market…it feels contemporary, edgy, and relevant…The work speaks for itself. You don’t have to say anything.”

Noting similarly, Helena Newman, Sotheby’s Chairman, Europe, and Worldwide Head of Impressionist & Modern Art, said, “Monet’s acclaimed series paintings are among the most immediately recognizable, and indeed desirable, paintings in the world…The appearance of this exceptionally rare work at auction follows the great results achieved for modern masterpieces in our global salerooms over the past twelve months and represents a wonderful opportunity for collectors looking for the best of the best.”

“Le Grand Canal” was last displayed in 1997 at the Kimbell Art Museum in Fort Worth, Texas. Before going under the hammer, the work (which is expected to fetch a whopping $50 million) will tour Asia, making its first appearance in 25 years in Taipei, followed by Hong Kong, Venice, and London on its way to the Sotheby’s Modern Evening Auction, New York on May 17.

As Brooke Lampley, Sotheby’s Chairman and Worldwide Head of Sales for Global Fine Art, says, “This painting stands out as a pivotal work that bridges the artist’s groundbreaking Impressionist innovations and their continued evolution into a more freeform abstract approach.” We sure agree!