Legendary Hollywood actor James Dean is often remembered as a cultural icon of teenage disillusionment and rebellion. However, the enigmatic actor was probably more passionate about car racing, which ultimately took his life at the tender age of 24. Warner Brothers had even barred the Hollywood star from motorsport while filming the movie Giant during the summer of 1955, but that didn’t really stop Dead from racing. Just nine days after he traded his Speedster for a 550 Spyder, Dean was involved in an accident on his way to a race in Salinas, California, in his new race car. Dean was killed in the collision with a Ford Tudor at an intersection, while his passenger – friend and mechanic Rolf Wütherich – was injured severely, but he survived. 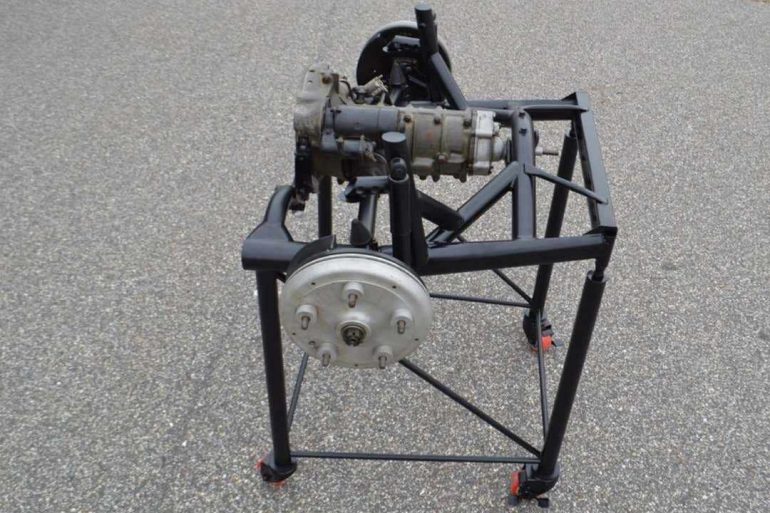 The Porsche race car that was nicknamed “Little Bastard” was totaled in the accident, and the insurance company sold the wreck to racer, Dr. William F. Eschrich. Several parts were salvaged from the destroyed Porsche and were used in other race cars, one of which was very soon involved in a fatal crash. The only part from the ‘cursed’ Porsche that is still known to exist is its transaxle separated from the race car at some point and put into storage for several decades. The transaxle from the ill-fated Porsche was recently listed on Bring a Trailer for online auction, and it managed to sell for a whopping $382,000. That’s more than a brand new Lamborghini. The 4-speed transaxle has been restored and converted into a showpiece installed with a special tubular frame that rolls on casters. The display also features a hydraulically activated clutch release lever, swing-axle tubes, aluminum drum brake assemblies, and a starter motor. 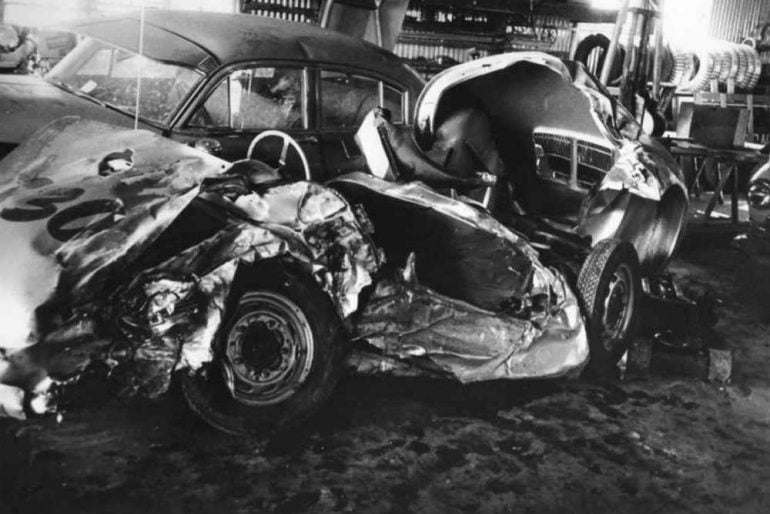 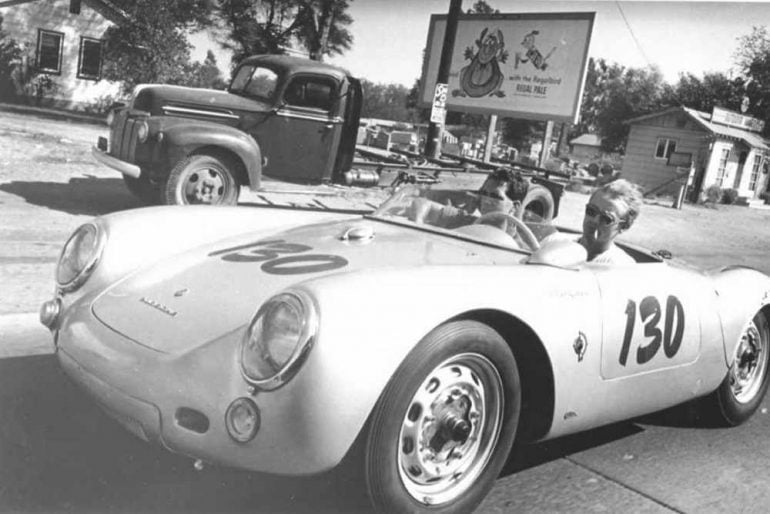 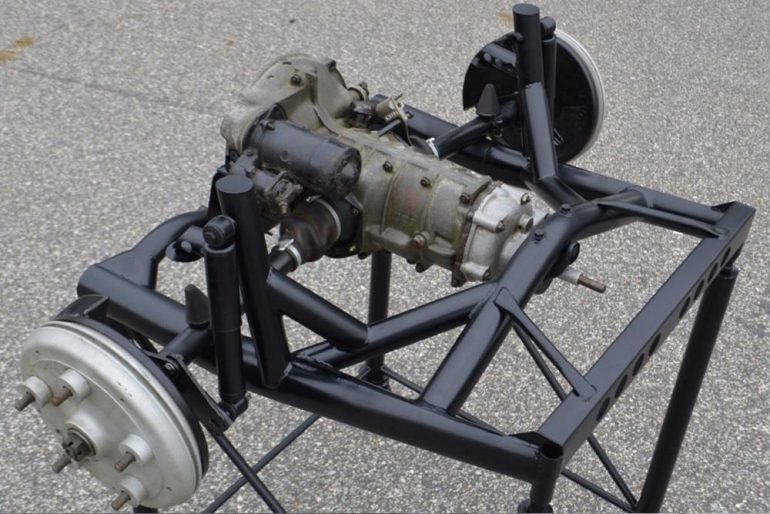 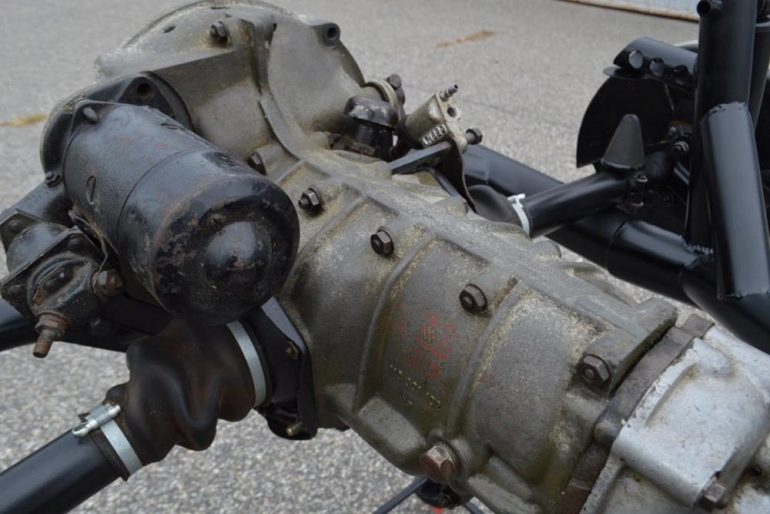 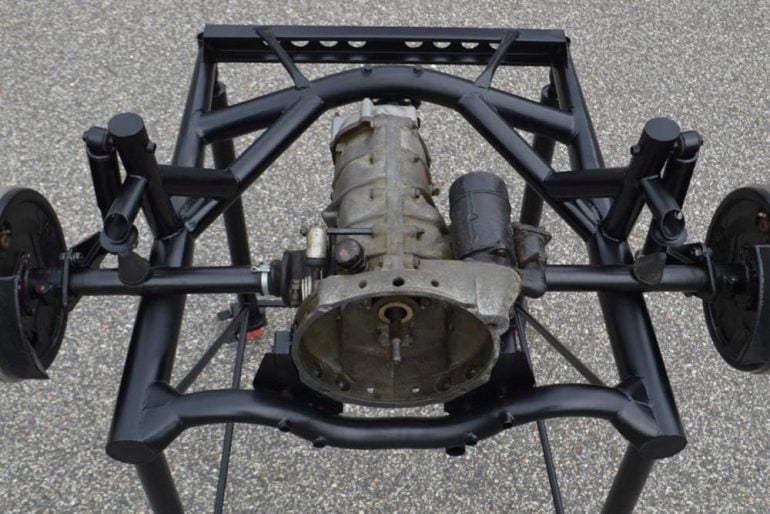