Amid the Russia-Ukraine war, we have (less relevant) news of a Major League Baseball (MLB) ball signed by Ukrainian President Volodymyr Zelensky that has recently gone up for auction. The politician inked his last name on the ball during a visit to the Big Apple in 2019. 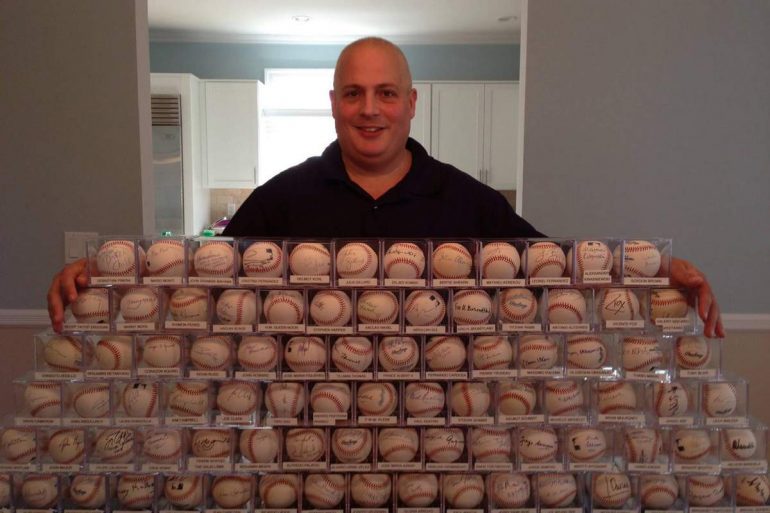 The baseball comes with a letter signed by Volodymyr Yelchenko, who was the Ukrainian Ambassador to the United Nations at the time. It is said to be in very fine condition and is expected to sell for a minimum bid of $15,000. 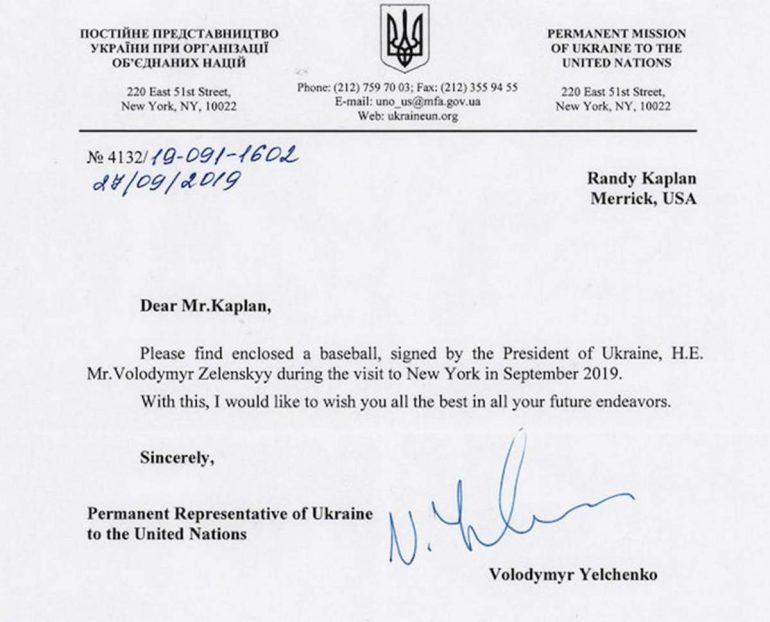 The ball currently belongs to Randy L Kaplan, who is a government affairs specialist in New York. He initially received it as a gift from Mr. Yelchenko. Kaplan plans to donate part of the proceeds to a Ukrainian relief fund as an act of solidarity. 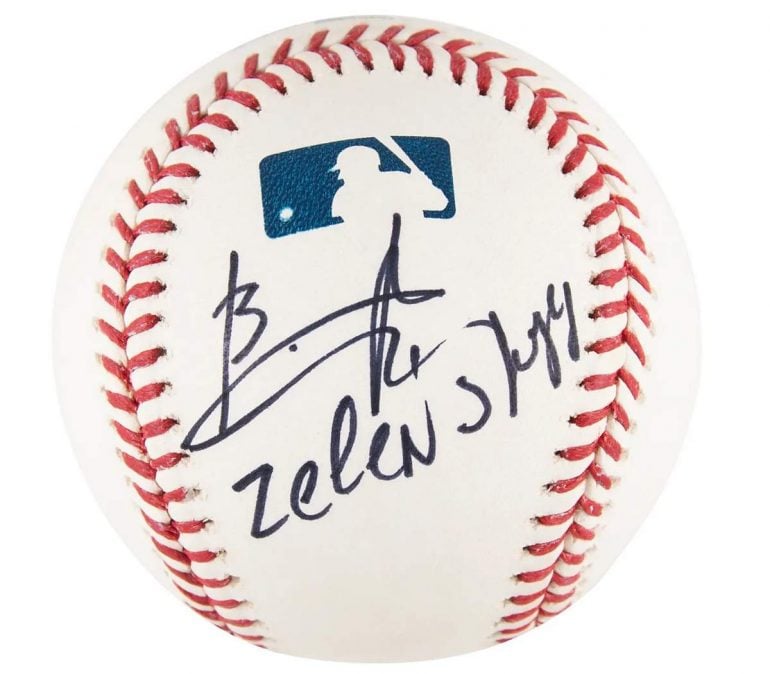 To match it, RR auctions (who will be hosting the sale) will also donate their cut to the same fund. In addition to the MLB balls signed by Zelensky, Kaplan also owns several other Major League baseballs, with his first being signed by Bill Clinton. As for the MLB ball in question, it will be on sale until May 11, 2022.

Tags from the story
Sports-Memorabilia